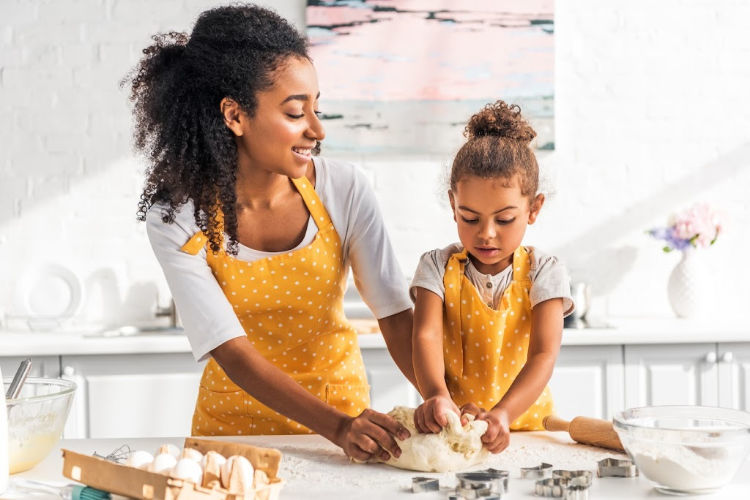 It’s probably no surprise that the young people of today aren’t particularly independent.  Not only does the “education” system take great pains to mold them into a bunch of  terrified, follow-the-herd automatons, society, in general, doesn’t force them to do much for themselves either.

I’ll never forget when my oldest daughter came home for summer vacation after her first year of college.  She told me that her younger sister, age 13 at the time, was much more mature and competent than many of the kids in her student apartment building.  “I had to show a bunch of them how to do laundry and they didn’t even know how to make a box of Kraft Macaroni and Cheese,” she said.

Apparently they were likewise in awe of her ability to cook actual food that did not originate in a pouch or box, her skills at changing a tire, her knack for making coffee using a French press instead of a coffee maker, and her ease at operating a washing machine and clothes dryer.

One girl, she told me, kept coming to my daughter’s apartment for tea and finally my daughter said, “I can’t afford to keep giving you all my tea. You’re going to have to make your own tea in your apartment. The girls said sadly that she couldn’t because she didn’t have a tea kettle. She was gobsmacked when my daughter explained how to boil water in a regular cooking pot for making tea.

At long last, my daughter admitted that even though she thought I was being mean at the time I began making her do things for herself, she’s now glad that she possesses those skills.  Hers was also the apartment that had everything needed to solve everyday problems: basic tools, first aid supplies, OTC medicine, and home remedies.

This got me thinking about how life will be when disaster eventually strikes.

If the country is populated by a bunch of people who can’t even cook a box of macaroni and cheese when their stoves function at optimum efficiency, and who can’t figure out how to make something as simple as tea in a different cooking vessel, how on earth will they sustain themselves when they have to not only acquire their food, but must use off-grid methods to prepare it? How can someone who requires an instruction manual to operate a digital thermostat hope to keep warm when their home environment it controlled by wood they have collected and fires they have lit with it?

And honestly, we can’t just blame the young people of today. We know that these types of skills aren’t taught in school, so shere have their parents been? Why hasn’t this generation been taught to cook, clean, problem-solve, and handle money? People often praise my kids for being competent but the things they do should not be that unusual. If you never give a kid responsibility or show them how to create a workaround, how do you expect them to magically be able to “adult” just because they hit some arbitrary age? I have always included my children in my preparedness plans, my financial plans, and just everyday life plans and it has made them far more confident and ready to face the world as they’ve reached adulthood.

Let’s look at some less dramatic, but more likely, situations. This isn’t even about prepping, per se, but about life skills.

In the current economy, it might not even be as cut and dried as job loss – the new generation may never find work at all.  When you have little-to-no money, cost-cutting efforts in order to get by requires certain skills and adaptations to stay fed and clean.  Your kids need to know how to:

Power Outage Due to Natural Disaster

We’ve all seen the aftermath of hurricanes, tornados, blizzards, and superstorms.  California just lost power for over a week to “prevent” wildfires.

Your kids should be able to:

This can happen anywhere at any time.  Keeping a cool head when someone is ill or injured is the absolute most important step towards a good outcome. My kids both took babysitting courses and First Aid courses to further their money-making abilities as young teens, but the skills learned there go much further than bandaging a toddler’s scraped knee.  Kids should:

An astonishing number of young adults don’t know how to drive. Fewer people than ever are getting their driver’s licenses.

Back when I was a kid, the most exciting thing in my teenage life was getting behind the wheel of a car, getting a learner’s permit when I was fourteen, and having that permit turn into a real driver’s license on my 16th birthday. This was freedom, baby!

Now, many kids couldn’t care less if they ever learn how to drive.  Instead, they rely on public transit or friends and family members that drive.  It’s one thing if you live in a major metropolitan area, but in places with lower populations, it seems that this is a vital skill.  In order to transport yourself to work and school, or to help out in the event of an emergency, it seems to me that kids should know how to:

And finally, what about day-to-day life skills?

I was truly surprised when my daughter told me about the lack of life skills her friends have.  I always thought maybe I was secretly lazy and that was the basis on my insistence that my girls be able to fend for themselves. But it honestly prepared them for life far better than if I was a hands-on mom that did absolutely everything for them. They needed to realize that clothing does not get worn and then neatly reappear on a hanger in the closet, ready to be worn again. They need to understand that meals do not magically appear on the table, created by singing appliances ala Beauty and the Beast.

Here are some of the life skills that kids should have gained before leaving the nest:

The more they practice these things under your watchful eye, the more competent they will be when they set out on their own.  We all want our kids to be successful and independent and this is on us as parents. Don’t allow your kids to become crippled by a world that babies them in the name of convenience.

What are some of the skills you’ve taught your kids to prepare them for the real world? Have you witnessed some young adults who seem to be struggling to handle real life? Let’s talk about it in the comments.