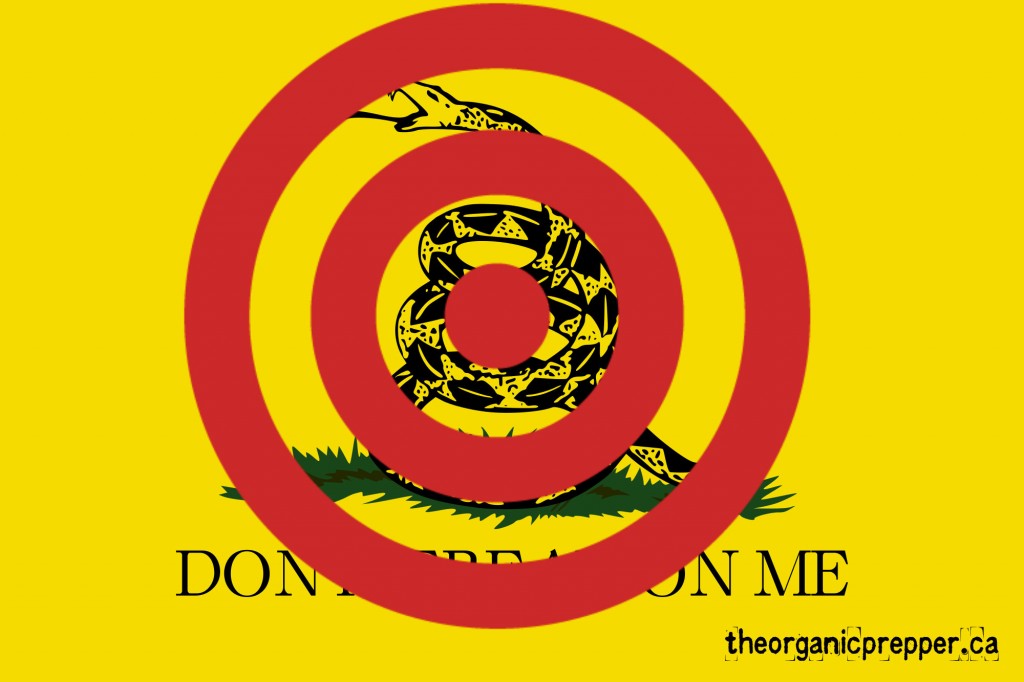 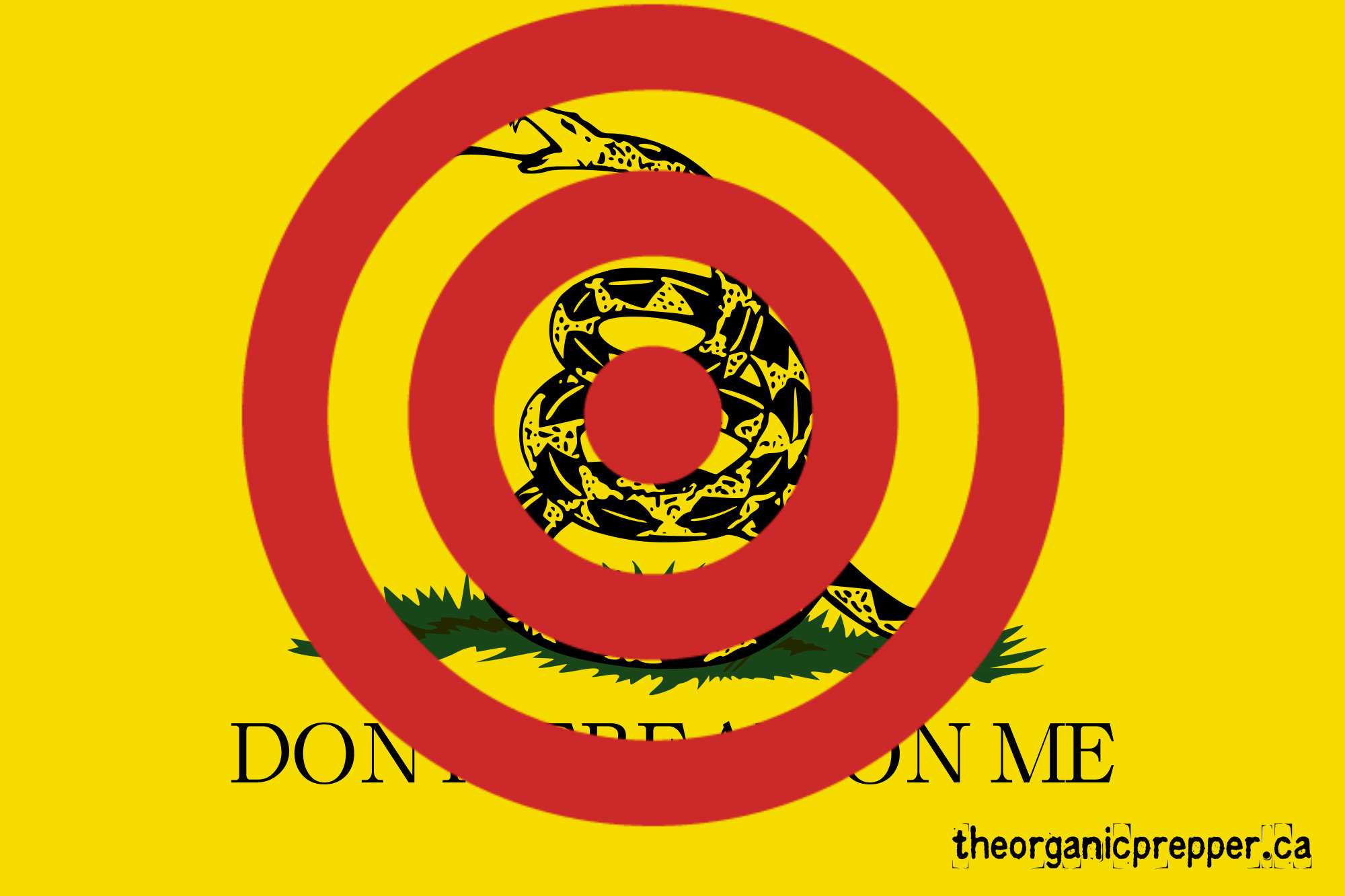 Not unlike the horrible shootings at Sandy Hook Elementary School, the Boston Marathon bombing has become a “blame-it-on-patriots” media event. Without any proof whatsoever, speculation in the mainstream media is pointing the finger directly at people who believe in independence and freedom from tyranny.

None of the mainstream outlets is asking why a person against paying taxes or someone who is pro-Constitution would attempt to harm people out enjoying a race. They are simply looking for a scapegoat. And no kid on the playground is more unpopular than the one who refuses to be herded along with the other children.

Instead of pulling together in solidarity to support the victims of this horrible attack, the “divide-and-conquer” campaign was underway within an hour of the first bomb detonating.

You don’t require my narrative – I’ll just supply the evidence that an unfounded attack on Patriots is underway. Is the stage being set to present a patsy to further an agenda? You be the judge:

Just over an hour after the attack, CNN’s Wolf Blitzer suggested that tax protesters and Patriot’s Day may have been to blame. “One intriguing thought here…it is a state holiday in Massachusett’s called Patriot’s Day and who knows if that had anything at all to do with these explosions.” Correspondent: “That’s always a possibility, you know, especially with it being deemed “Patriot’s Day” there in Boston, Wolf. ”

Huffington Post blogger and Al Sharpton radio producer Nida Khan speculated on Twitter that an anti-government group may be responsible for the deadly bombings at the Boston Marathon.

“We don’t know anything yet of course, but it is tax day & my first thought was all these anti-gov groups, but who knows.

David Axelrod, former Obama advisor, told CNN that Obama was thinking about tax day. “And I’m sure what was going through the president’s mind is — we really don’t know who did this — it was tax day. Was it someone who was pro–you know, you just don’t know…”

A former FBI agent speculated that “It would not surprise me if this is some local extremist group trying to make a statement.” Brad Garrett mentioned Patriot groups, domestic extremists, neo-Nazis, anti-tax demonstrators and anti-government groups.

Not to be left out, Chris Matthews of MSNBC pointed out that it was “tax day” and “Patriot’s Day”, suggesting the attack had to be domestic.

This morning, not surprisingly, CNN was at it again. The media mouthpiece published a lengthy article making baseless comparisons between this horrific attack and other violent incidents that took place in the United States, linking “domestic terrorism”, “right wing extremism” and “militia activity.”

It’s now a day that will go down in history along with other violent U.S. incidents in April, including the 1993 FBI siege of David Koresh’s compound in Waco, Texas, the 1995 Oklahoma City bombing, a mass shooting at Columbine High School in 1999 and the Virginia Tech massacre in 2007.

Only the Waco siege and the Oklahoma City bombing actually occurred on April 19, the anniversary of the Battles of Lexington and Concord. Still, to many following developments in Boston online, the proximity of Monday’s attack to the April 19 anniversaries was enough to suggest an act of domestic terrorism.

“Obviously, nobody knows anything yet,” Esquire magazine’s Charles Pierce said, “but I would caution folks jumping to conclusions about foreign terrorism to remember that this is the official Patriots Day holiday in Massachusetts … and that the actual date (April 19) was of some significance to, among other people, Tim McVeigh, because he fancied himself a waterer of the tree of liberty and the like.”

McVeigh and Oklahoma City bombing co-conspirator Terry Nichols were associated with the extreme right-wing and militant Patriot Movement, which rejects the legitimacy of the federal government and law enforcement. Adherents sometimes form armed militia groups and claim the right to armed self-defense against what they believe to be an oppressive government.

McVeigh said he targeted the Federal Building in Oklahoma City to avenge the raid on Waco. Despite commonly held beliefs, it’s unclear whether the Columbine shooters timed that attack to mark either Adolf Hitler’s birthday or the Waco incident.

Time Washington correspondent Alex Altman also noted Patriots Day’s “significance” to the “militia movement” in a tweet that was shared 507 times. He also mentioned the Oklahoma City bombing anniversary. In a subsequent tweet, he clarified that “OKC was on Apr. 19, anniversary of the Battles of Lexington & Concord, which are celebrated in Mass as Patriots Day.”

But is there really something about this time of the year that makes domestic terrorism more prevalent?

Even the British media has jumped into the blame game, with this article suggesting that the Tea Party was responsible:

The right-wing extremist theory was strengthened by fact April 15 is tax day, an event that in recent years has been used as a rallying date for members of the Tea Party group.

The Tea Party movement is, of course, named after the famous Boston Tea Party political protest of 1773 and, with President Obama’s taxation policies widely criticised by many conservative groups – both moderate and extreme – the date is increasingly seen as a focal point for right-wing protest.

Never let a good crisis go to waste, seems to be the theme of the Powers That Be in the United States.  Brandon Smith wrote an excellent analysis:

Along with the immediate strangeness of the attack, the timing is also rather perfect for the establishment.

April 15th is tax day across the nation, and Tax Protest Day sponsored annually by Tea Party organizations across the country also just happened to fall on the 15th this year.  On top of this, in Massachusetts, Patriots Day (a civic holiday celebrating the battles of Lexington and Concord) is held on the third Monday of April every year, which just happened to be the 15th this year.  Oath Keepers, a constitutional organization often wrongly attacked as a “domestic extremist group” by the DHS and SPLC, just happened to have a large pro-freedom rally scheduled for the 19th of April at Lexington Green in Massachusetts.  Are we starting to get the picture here?

With the Senate in the midst of the most blatant attack on our 2nd Amendment rights in history following the passage of the absurdly fascist NDAA and the White House’s unwillingness to remove American citizens as potential targets for executive ordered assassination,  and with multiple states now implementing draconian gun restrictions and even confiscations, public opinion is quickly moving against the Federal Government.  Wouldn’t it be beneficial for their agenda if it turned out that the Boston Marathon Bombing was executed by a group of “pro-gun anti-income tax anti-government domestic terrorists”, or maybe just Constitutionalists and Liberty Movement activists that are labeled as such?

Wouldn’t that be a big turn-off for those on the fence but shifting towards gun rights and constitutionalism?  Wouldn’t it be great for the DHS and the SPLC if all their anti-Constitutionalist propaganda was suddenly proven “correct”?  Maybe the TSA could even suggest roving street checkpoints and random searches so that such a calamity “never happens again”.

Like many other senseless crimes, we may never know the truth of “who” or “why”. But watch for more rights to be taken away “for our safety”. Watch for more intrusions into our privacy. Watch for more finger-pointing towards those who question the unConstitutional actions taking place in the United States.  Watch for smoke and mirrors from Washington as they decide how they can best use the Boston Bombing to aid their agenda.

Do you see where this is going? Without one shred of evidence, a bulls-eye has been painted on those who love God, liberty, and the founding principles of the country.

Don’t be surprised when an unwitting patsy is wheeled forth by the media – one who owns an AK-47, flies a Gadsden flag, and carries a well-thumbed pocket copy of the Constitution.