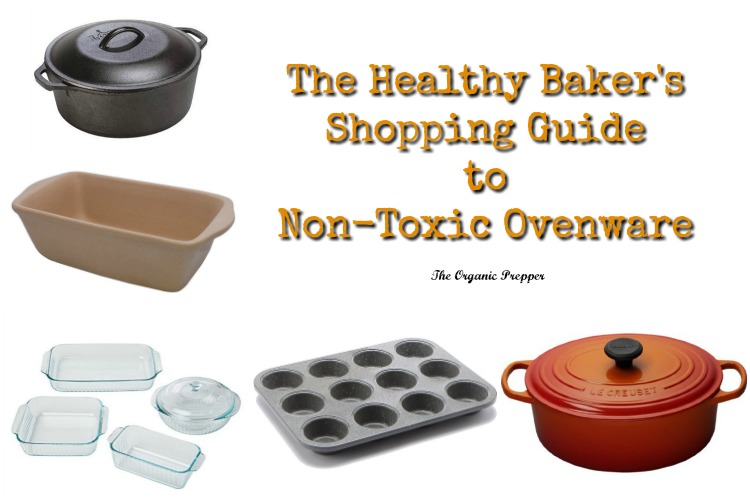 What could be more wholesome than baking a loaf of homemade bread from organic ingredients, right in your own kitchen? That depends on whether you are baking it in non-toxic ovenware.

Because even when you know every single ingredient in it, sometimes that isn’t enough. Sometimes the vessel in which we are baking our food is undermining our healthy efforts by adding a very unhealthy dose of chemicals to the dishes and desserts that we prepare.

Last week, we talked about cookware and discussed perfluorinated chemicals, aluminum. and many other hazards lurking in our kitchen. (You can learn the details here.) These chemicals can be even more dangerous in the oven due to high temperatures and longer cooking time.

Of particular concern is non-stick bakeware. The per- and polyfluorinated chemicals in the non-stick coating leach into every bite of those muffins, pies, and loaves you’re baking.

That’s what we’ll talk about in this installment of the Whole Home Detox series.

For more detailed information on these substances, check out the article on healthy cookware. Here is a quick refresher:

Silicone bakeware comes in a wide variety of shapes sizes and colors and according to the FDA it’s safe – but keep in mind that they said non-stick coated bakeware was safe as well and ended up retracting it years later.

It’s sad to say, but since the use of silicone in cookware is fairly new, there has not been much research into its safety for use with food. Back in 1979 the U.S. Food and Drug Administration (FDA) determined that silicon dioxides—the basic elements in silicone cookware—were generally recognized as safe to use even in food-grade contexts. But the first silicone cookware (silicone spatulas) didn’t start to show up on store shelves until a decade later, and the FDA hasn’t conducted any follow-up studies to determine whether silicone can leach out of cookware and potentially contaminate food. For its part, Canada’s health agency, Health Canada, maintains that food-grade silicone does not react with food or beverages or produce any hazardous fumes, and as such is safe to use up to recommended temperatures.

While I can’t say this is hazardous, there just isn’t enough information yet for me to feel comfortable with it.

Below, you can find some options that are less likely to be toxic. 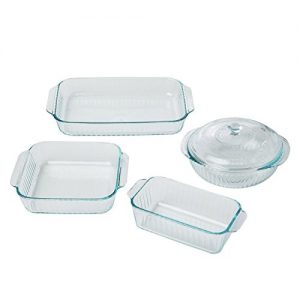 Glass bakeware is readily available. Glass has the advantage of being inert – even at high heats, it won’t add or take away anything from the food that’s baked in it. Yet another advantage? It’s very reasonably priced.

The disadvantage of glass is that you have to be careful with drastic temperature changes. For example, don’t put it in a sink of cold water until it has cooled down, and don’t put it straight into a hot oven from the refrigerator. Shattered glass isn’t something you want all over your kitchen. Another disadvantage is that foods can really stick to glass. Be sure to grease your glass cookware before adding the food. 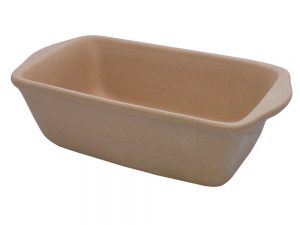 Stoneware is actually made of clay, a material that has been used to make cooking pots since time immemorial. Often dipped in a ceramic glaze to seal it, stoneware comes in a variety of colors so you can even coordinate your kitchen.

Stoneware cooks food evenly due to its excellent heat distribution. In fact, it holds the heat so well food will often continue cooking for a short while after the dish removed from the oven. Because of this property, it may take some experimentation so that dry-textured baked goods don’t overcook.

You should not immerse stone bakeware in water and you shouldn’t use soap on it. Simply wipe it clean with a damp cloth. 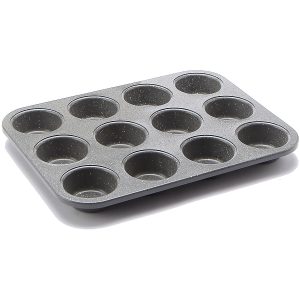 According to the website Cookware Advisor, the good quality ceramic-coated cookware will not emit toxic fumes even if heated to very high levels, contains no toxic chemicals, and is made of an inorganic, sand-like mineral applied to the inside of metal cookware using a Sol-gel process. Dr. Andrew Weil also approves of the ceramic-coated cookware. There haven’t been any long-term studies on this, but I think that if the surface is unscathed, it is a safe choice.

The downside to ceramic-coated bakeware is that the surface is very easy to scratch. Once it has been scratched, whatever substance it is coating can leach into your food.

Have I mentioned how much I love cast iron yet today? Because I really love cast iron. Cast iron cookware can be used in the oven and on the stovetop, making it a very versatile addition. 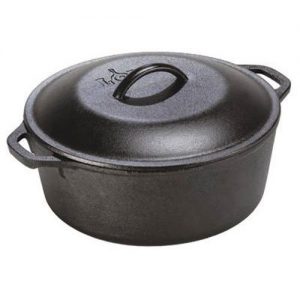 Anything made of cast iron that’s used for cooking will need to be seasoned before use. This process helps to prevent food from sticking and the iron from pitting. Some cast iron is coated with ceramic, giving you a non-stick surface. Food browns very nicely in cast iron.

The downside? Cast iron is very, very heavy, which could preclude it from being a viable option for some people.

What kind of ovenware is your favorite?

Do you have a favorite type of non-toxic ovenware that wasn’t mentioned in the article? Please share your thoughts in the comments section below.

Check Out the Other Articles in the Whole Home Detox Series