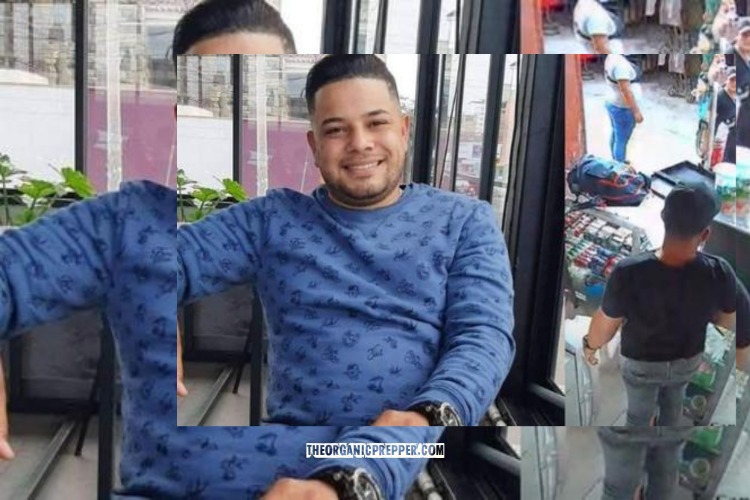 Editor’s Note: This could happen anywhere that there are two distinctly defined groups. It doesn’t have to be migrants vs locals or one ethnic group vs. another. We’re seeing this replay across the United States, although not quite this violently. Be sure to share your thoughts in the comments about other ways you could see this playing out where you live. – Daisy

Peruvians and Venezuelans are both South Americans, albeit with different conducts and ways of thinking things. However, our countries have a not-so-nice relationship. These two countries share a common history. This shared history may shed some light on why Peruvians fear Venezuelans and are opposed to them coming to Peru.

Peru was always subject to the Spanish Crown’s special considerations as one of the most contributing factions to the Empire. Peru was the source of valuable mineral exploitation. They were not too convinced about leaving the sponsorship received by Spain. They had severe doubts about Simon Bolivar’s plan, and a sector of the population did not exactly well receive the ideals exposed by him. (Mainly because it involved the possibility of being killed in the war, I strongly suspect). And conceding a part of their country (as the Peruvians say) to build from scratch another country (Bolivia) only added to their growing dislike of Venezuela.

One of the most critical parts of the offshore Government of the Spanish Kingdom was Peru. Venezuela was not important back then. It was a colossal hacienda to produce mostly cattle, dairy, and armies. Peru received over half a million refugees, with all of the social consequences. It is easy to understand how much discomfort Peruvians must feel. Now, there are many people begging for food or money, and not all of them are really in need.

We Venezuelans experienced the same to a lesser degree back in the 80s and 90s with Bolivians and Peruvians. Caracas was a marvelous city during those years. The light socialists in power (we never really had a right-hand government since the middle 50s) allowed the uncontrolled migration that made our country incredibly dangerous in less than five years. Venezuela is still paying for the consequences of this major flaw as a society.

Venezuelans met with a rising wave of xenophobia from Peruvians

We Venezuelans used to receive anybody who wanted to live in our country without caring much about who they were. This willingness generated a society that would produce the soulless politicians who had no morale or love for the country nor a sense of the most personal transcendence in history.

The years since the mass displacement have been rough on my people. Many of the people I’ve talked to have said they would leave Peru as soon as possible. (They said this pre-pandemic, of course.) People told me they hadn’t collected enough information and got caught in a foreign country without papers. Many of us now realize how different this country is and how difficult it is to live beyond basics. We all need to provide for our families and want to obtain a good education on an international level. (Education is costly in Peru.) This type of education is something we need, as we don’t know if we will make it in Venezuela for too long. Part of “Plan B,” so to speak.

Some of us changed our minds long ago. The feeling is mutual. Many Peruvians are starting to change their minds about our permanency. And, the arrival of the virus has changed everything for everyone.

Consequences of the SHTF in Venezuela: racial tensions and violence

I never thought I would be exposed to these particular consequences of the mass displacement of Venezuelans. Racial tensions were practically unknown for most Venezuelans. Our country never had such problems. A light-skinned, blonde girl getting married to a brown-skinned man was never an issue. Blonde, blue-eyed guys falling madly in love with “mulatto” girls? Sure! Make sure to invite us to the party!

It’s hard to find closer-knit families. We are a mix of white with yellow hair, and our cousins are dark-skinned, with long black hair and green eyes. Our society, for the most part, believes in feelings rather than other visible traits. The racial problems came with the successive waves of European migrants: old school Italian or Portuguese fathers who forbid their daughters or sons to marry dark-colored people. Those old junks worked so hard and knew life too well to allow some “bon vivant” to take advantage of their families.

However, in a country where hard, honest work and study were a sure way to succeed, these family matters usually got fixed once both achieved their respective degrees and became professionals.

In Peru, these “family matters” are not accepted cannot be fixed

Venezuelan women are known to be extremely good-looking. Many problems have resulted in Peru because of this. Peruvians are generally protective of their kind. You can imagine the reaction toward a gorgeous young Venezuelan girl selling snacks and candies on a street corner. Many couples have not been approved, with the logical tensions, and marriages have broken up.

These racial tensions are nothing compared to the storm brewing on the horizon: an innocent young man was sadistically murdered in cold blood by a criminal who just happened to be Peruvian.

The media here has its own rules when it comes to these incidents. When something terrible happens, and a Venezuelan is the main suspect, the scandal is unbelievable. The story will bounce around for weeks or even months. When a Venezuelan girl selling pastries or coffee in the streets is kidnapped, raped, and violently murdered, the media decrees she was “surely” a prostitute. Even worse, many of these crimes are never solved.

Orlando Abreu: the incident that has Venezuelans in Peru scared

The murder of Orlando Abreu, a Venezuelan, could generate a Rodney King kind of situation and be potentially very dangerous for us. The murder was supposed to go unnoticed as it exposes the bribery and blackmailing scheme going on in one Peruvian city. However, the victim’s brother got his hands on a 4 minutes video showing Orlando being shot to death. The murder happened on January 26, 2021.

The brother released the video, which went viral. The authorities turned a blind eye. The outrage on social media was something I hadn’t seen.

OK, this is the scary part. (As if we Venezuelans don’t have enough to be concerned about with unemployment and COVID-19.) Some delinquents from Venezuela (in Peru) have issued threats against Peruvians on social media. These delinquents released a video that went viral, showing someone linked to the man who killed Orlando Abreu, being murdered.

Seeming retaliation against Peruvians by Venezuelans is shown in viral videos

*For my own safety, I will not post any links to any of the videos, only the reports made about the videos.

The video released on social media seems to be a retaliation for the murder of Orlando Abreu. The victim, Silvano Oblitas, from Huánuco, Peru, was thrown from a bridge somewhere in Colombia.

The person who showed me the video of this innocent, naïve young Peruvian man (God bless his soul) did not tell me what the content was. It was traumatizing to watch. I know this sort of thing can quickly escalate. Especially in a society where the sadistic behavior and consequent humiliation of Chile’s war are still fresh in their collective memory.

I am scared. Kiddo and I are trapped here with the borders closed

Last year was rough, but now, I have many reasons to leave Peru behind and NEVER look back. Even if I never traveled to Paracas to see the elongated alien skulls, which was one of my greatest illusions coming here. And I never made it to Macchu Picchu. Still, it’s time to get out of here.

Why am I so scared? This is a HUGE city with over 11 million people. A drive-by shooting, a mob beating, or a backstabbing is now something I consider possible against anyone who looks Venezuelan, considering the level of animosity I believe some people can feel.

Maybe it wasn’t such a good idea to get a haircut and shave my goatee, now that I think about it. If you don’t usually pray for the writers of the websites you visit, I would appreciate it a lot if you start to do so. (I know many of you do, and for you, receive my blessings and eternal gratitude.)

Good thing I can go grey when needed.

I look forward to your comments! ~ Jose