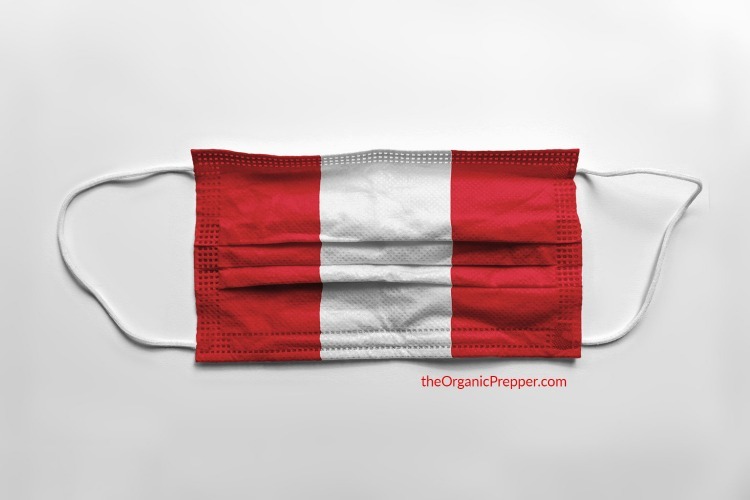 Of course, it makes sense this virus would affect a vulnerable population. But, it has not been limited to that demographic exclusively. I know of healthy colleagues becoming seriously ill, and some are now deceased. These were young, sport-practicing, and overall relatively healthy people. It seems highly suspicious if you ask me, but you may already have an idea if you have read my previous articles and posts.

But something nobody is really talking about is who is benefiting from this.

What about all the money being gained (and lost) from this?

What I like the least about this situation is all of the financial movements generated. Meanwhile, thousands of small businesses are now bankrupt.

Tons of money has been collected as a result of this virus. My older kid was made to pay 30$ to receive a COVID-free “certificate” to return to his job. Just imagine what that tallies up to in a city with 11 million employed people.

On the other hand, small business owners across the globe took the hit. People whose main economic activity was no longer available had to turn to other non-related income sources to provide for their homes. Many of these non-related sources included cooking and selling online via delivery. Because of this, small food businesses required to pay for rent, services, and staff closed down.

Others, like laundries, where you take your clothes, and they weigh it and wash and fold it for you, have also suffered. People were now out of money and at home all the time. People are washing their own clothes, or they don’t need to wear as much as they used to. There is no need for that type of service. The government had to issue special laws to delay their debts for a while, especially services like water and power bills.

Mechanics and workshops were hit hard, too, because of the prohibition of mobility. Interestingly, tire repair shops did not get hit so hard. Why? Taxis could still work with some precautions, like sterile plastic covers inside, for example. Other service providers, like plumbers and electricians, could keep working with special mobility permits, provided they were not infected.

Small mom and pops shops, called “bodegas” all over the place, barely survived thanks to people needing to go to the nearest place to get some basic groceries or staples: toilet paper, soap, maybe a cookie, a soda bottle, coffee, sugar, vegetable oil…you get it.

There is much to be said about having a business continuity during these times. Especially for small businesses if they want to survive through emergency events or crises.

The economy in Peru suffered a lot in the lapse between April and June this year. Its contraction was calculated at 40%. For comparison, Chilean economy contraction was under 15%, and Argentina was less than 26% (similarly sized countries). Finally, in June 2020, slowly, there was an ascending growth curve.

This economy relies a lot on Chinese buying of raw materials, mining, that is. China stopped buying in January, and without the expected income from tourism, it was a double blow. (And I would add, a kick in the liver while lying on the floor.) Tourism-based businesses are still on their knees. Merchants supplying things like medicine, alcohol, and hygiene products could keep more or less working, and some of them even thrive. No surprises there.

Panic buying was a thing here. If you’re wondering what I was thinking while being in line at the supermarket, day after day (remember, I don’t have a fridge), here it is: “So far from Venezuela, and here I am in a food line, all over again.”

I once laughed when I read someone saying that for a Venezuelan, migrating inside Latin America was like changing rooms in the Titanic.

I am not laughing now.

Enough of that. After thoroughly reviewing some of my past writings, I feel the need to produce something way more optimistic for our own mutual benefit. I’ll do it, promise. Just allow me to surf through these last shady weeks and put together some inner strength. A special blessing for those who have helped to keep me writing. You have a dedicated place in our heart, kiddo, and mine.

Be safe, people. We need all of you to build a better world. Thanks for reading!