For years regulatory agencies like the FDA have subtly targeted the use of such things as intravenous vitamins.

One method they use to target the fabric of culture in which people utilize simple, naturopathic remedies is the stringent enforcement of any regulation they can think of. It seems that the FDA targets regulatory violations supposedly committed by those who deal in naturopathic medicine far more than violations from Big Pharma.

Almost 10 years ago, in 2011 it was reported that the FDA sent out a warning letter to a small pharmacy, urging them not to stock intravenous vitamin C. In Australia, the mainstream media has consistently inundated the discussion surrounding health with propaganda over the last 10 years, and vitamin C has been specifically scoffed at.

Despite an observable urge for the regulatory agencies to crush the culture of vitamins and erase their history, it’s leaking out into the mainstream that intravenous (IV) vitamin C in high doses is effective against COVID-19.

In New York’s largest hospital system, urgently ill COVID-19 patients are now being given large doses of IV vitamin C, an article from the New York Post reported a couple of days ago.

Identical amounts of the powerful antioxidant are then readministered three or four times a day, he said.

The regimen is based on experimental treatments administered to people with the coronavirus in Shanghai, China, Weber said.

“The patients who received vitamin C did significantly better than those who did not get vitamin C,” he said.

“It helps a tremendous amount, but it is not highlighted because it’s not a sexy drug.” (source)

They say the decision to use IV C in New York was based on reports of its effectiveness in China, but vitamin C’s reputation in America far predates that info, although not specifically in response to this virus.

Up to 4 times a day, the same dose is re-administered. It was not specified what form of IV C was used, but it is likely to be either Ascorbic Acid (what you typically buy at the store) or Sodium Ascorbate (a popular form intended to be easier on the stomach or the body’s acidity).

Some vitamins, originally derived from the phrase “vital amines,” have different, beneficial effects at much higher doses. At the same time, some minerals or vitamins can throw bodily processes into a state of imbalance with doses too high.

Vitamin C seems to be one of those vitamins that is potent and extremely beneficial at high doses.

Vitamin C is being “widely used” to treat this virus “throughout the system,” a spokesman for Northwell confirmed, the institution that operates 23 hospitals including Lenox Hill Hospital in Manhattan.

This may be a better choice than the more pharmaceutical option.

On a different note, a pharmaceutical combination consisting of malaria drugs known for horrific side-effects, mixed with antibiotics that are known to have no ability to kill viruses (hydroxychloroquine and azithromycin) was promoted by Donald Trump recently.

This 2018 paper published in the Journal of Thoracic Disease examined “HCQ-induced cardiotoxicity,” and heart failure in twins born to a mother who took the drug.

Another paper published in the European Heart Journal of Acute Cardiovascular Care said cardiotoxicity is a “rare but serious complication of hydroxychloroquine.”

Not only that but as of March 24, some kind of federal permission was granted to New York hospitals to dose patients with a “cocktail” of hydroxychloroquine and azithromycin to patients who were considered desperately ill, “on a ‘compassionate care’ basis.”

NY is ahead of the curve

In contrast to what is happening in other places, the NY Post reported the Vitamin C is being “administered in addition to such medicines as the anti-malaria drug hydroxychloroquine, the antibiotic azithromycin, various biologics, and blood thinners.”

So why Vitamin C?

Weber, 34, said vitamin C levels in coronavirus patients drop dramatically when they suffer sepsis, an inflammatory response that occurs when their bodies overreact to the infection.

“It makes all the sense in the world to try and maintain this level of vitamin C,” he said.

A clinical trial on the effectiveness of intravenous vitamin C on coronavirus patients began Feb. 14 at Zhongnan Hospital in Wuhan, China, the epicenter of the pandemic. (source)

Cassius K. is a writer from North Highlands, California. 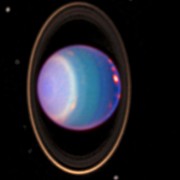 How to Survive ANYTHING in 3 Easy Steps

How to Prepare for What Comes Next

The Current Collapse Shortages in Venezuela: Clothing, Shoes, and Fuel

Brainwashing and the New Vocabulary: 12 Words and Phrases I Never Want to Hear Again

What, Me Homeschool? Here’s Why You Should Consider Homeschooling Your Children