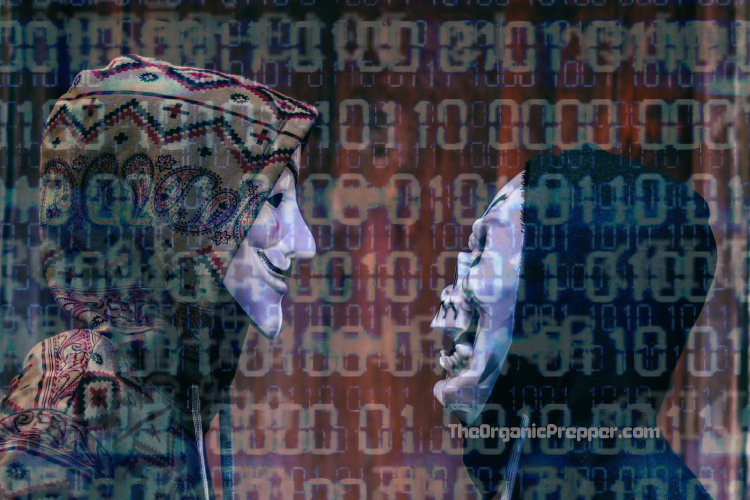 Everyone is horrified lately about stuff on the internet.

From degrading comments to vile posts to videos that urge self-harm, the internet is a cesspool that shows the worst of humankind. Pedophilia, hate, racism, sexism, rape, animal abuse, bullying, and murder are everywhere. But it’s not the internet that is the problem. It’s humanity.

Children are urged to self-harm…maybe.

There’s the ultra-creepy Momo Challenge, which is a suicide “game” aimed at young children. Some sick individually actually took videos meant for children and spliced in horrible, creepy instruction of how to kill themselves, with threats that a creature of nightmares would do it for them if they didn’t comply. Instructions like, go to the kitchen, get your mom’s sharpest knife, and stick it in your neck. Three children are suspected to have died due to this vile and twisted “game.” I can’t even wrap my head around the mind of a person who would do this.

There’s some debate about whether this is real or whether it’s a hoax but if nothing else, it should underscore the need for parents of mall children to make sure that they are watching what their children are watching online.

Then we have YouTube disabling comments on content that features children. They’ve suspended commenting not because people say horrible things about the children – that they’re ugly, stupid, etc, – but because of pedophiles who make repugnant comments on the videos.

…It will take YouTube several months to disable comments on all videos featuring minors, the company said. It already started the process last week when it turned off comments from tens of millions of videos.

Advertisers including Nestle, AT&T and Fortnite-maker Epic Games pulled ads from YouTube last week after the inappropriate comments about children were unearthed by a popular YouTuber and media reports. At least one company, Nestle, was satisfied with YouTube’s response and reinstated ads late last week.

A small number of channels which have videos featuring kids will be allowed to keep comments turned on. But they must be known to YouTube and must actively monitor the comments beyond the standard monitoring tools YouTube provides.

Turning off comments on such a large number of videos seems an “extreme reaction,” said eMarketer analyst Paul Verna. But the issue involves the safety of children, so it makes sense YouTube would want to act quickly, he said. (source)

The internet is a dark and cruel place.

The internet can ruin your life in many different ways.

You can be “doxxed.” That’s when someone hunts down all of your personal information and posts it online. Maybe you use a pseudonym online and they find out your real name, your address, your place of work. Maybe you use your real name and someone finds out the names and locations of your loved ones. Your kids’ school, your parents’ home address, your spouse’s workplace.

You can be the victim of an internet mob determined to ruin your life.

Remember in January of 2019 when the boy from a Catholic high school in Covington, Kentucky was wearing a MAGA hat and a Native American guy got in his face and the internet descended on a 15-year-old in a fit of misplaced rage? Someone posted a 30-second clip on Twitter or somewhere that made the boy, Nick Sandmann, look like he might be smirking. Celebrities asked for him to be “named and shamed” and posted death threats and offered rewards if someone got it on video when the hit a fifteen-year-old boy in the face. They wanted his head.

But then it turned out that when video was shown from other angles the young man had actually shown remarkable courtesy and restraint and the issue was the guy in his face banging on a drum right beside his ear. That was the real story but the damage to Sandmann’s reputation was done.

People “unfriend” you for your opinions.

This article wouldn’t be complete without a dishonorable mention for Facebook, the place where everyone feels justified to insult others and dress them down publicly. The place where someone you’ve been friends with in real life for years “unfriends” you because you voted for a different person than they did in an election. The place where civility went to die.

Here are some crazy stats. Two billion people visit Facebook on a daily basis and a billion of those people are considered “active.” The average active user accesses the site 8 times throughout the day, spending a combined average of 35 minutes per day on there.

Sure, you can catch up with friends and family who are far away, but there’s a dark side. Actually, there are several of them.

Facebook actually experimented without users’ consent to see if they could change their moods. When they got caught, they weren’t really sorry for secretly manipulating users, but they wished they had maybe done things a little differently (or let’s be real, they wished they hadn’t gotten caught.)

People can be cruelly trolled on Facebook and psychologists suggest that the website is a place where psychopaths and narcissists can run amok without any real-life repurcussions.

And then there are the people who moderate the website. An article that recently appeared suggests that the low-paid moderators suffer from PTSD from all the horrific and hateful things that flash across their screens all day long. They smoke weed at work and do all sorts of things to combat the images and videos they watch.

But the internet isn’t ruining the world.

Despite all these examples of debauched internet experiences, it isn’t actually the internet that we need to worry about.

It’s easy to blame all the awful things we’re exposed to these days on the internet, but really, we’re just peeking inside the minds of people now because the internet puts that all on display.  The problem is that people think and act in these ways. People are pedophiles or animal abusers or racists or psychopaths or narcissists or bullies.

The reality is, we just see it now.

Before the internet, there were still people who were pedophiles or animal abusers or racists or psychopaths or narcissists or bullies but we were less likely to see it or learn about it, especially if they didn’t live in our neighborhood. We weren’t as likely to see someone proudly bully another person for their beliefs or torment someone with a different view, of say, vaccinations for children.

There is a website out there for everyone, telling them that they are acceptable no matter how deviant or downright evil they might be. There is a group for them someplace online where they can find like-minded deviants. Maybe that makes people more likely to act on their sick impulses or announce their twisted views of the world. Maybe it makes them find themselves more acceptable.

But it doesn’t cause them to be deviant or evil. They were already that way.

Don’t be fooled into thinking people are totally different today. The different thing today is that we have a window inside the dark and depraved minds of people. There always have been evil people and there always will be evil people.

If you are a person who believes we might one day live in a world without our current amenities, it would be wise of you to remember this. If the internet was gone forever, the evil that lurks there would still be present. In Selco’s book, The Dark Secrets of SHTF Survival, he wrote of the degenerate and sickening behavior of people who lived right in his neighborhood. Those people were just waiting for their moment.

With the internet, we’ve had the dubious benefit of a crash course into the minds of people. We should use that as a lesson if a life-altering disaster were ever to strike. As horrible as it is, it could be our advantage. It could be what makes us willing to accept the fact that yes, there really are people who are this bad.

The problem in the world today is not the darkness of the internet.

It’s the darkness of humanity. 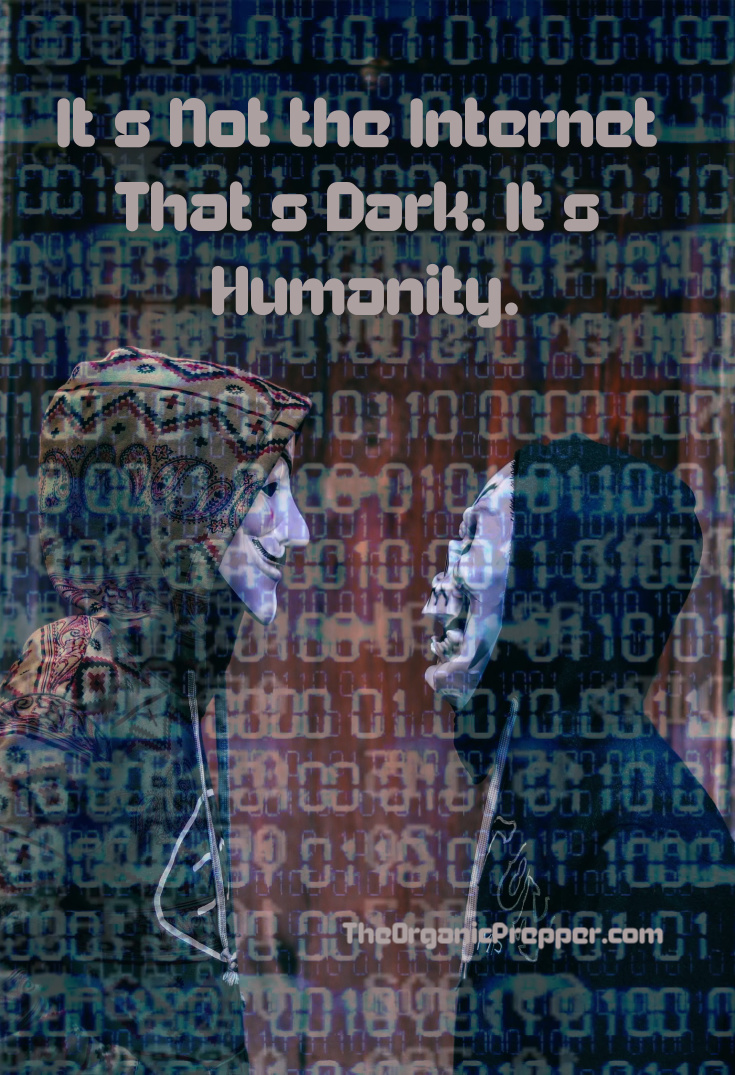