Why Can’t Virginia Handle Snow? The I-95 and Amtrak Fiascos 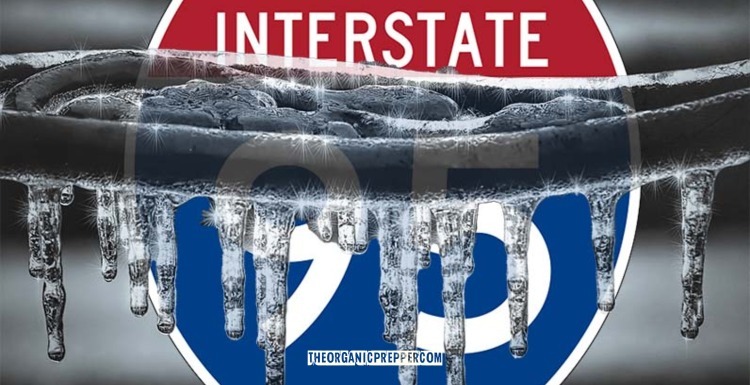 The snow of a white Christmas can quickly turn into a powdery nightmare when it comes to getting back home, and this was exhibited perfectly on Virginia’s I-95 earlier this past week. It was here in Virginia that the world witnessed not just one, but several snow-related transportation disasters which left thousands of people stranded without bathrooms, food, or water.

What can we learn from this? Are there lessons to glean? Let’s take a closer look…

The chief weather-related incident of note this past week is the I-95 fiasco. After 11” of snow fell on parts of Virginia, roads became an absolute mess. And the road that became the biggest mess of all was I-95.

It was on this road that the interstate was reduced from a route of passage to a parking lot. An over 40-mile-long parking lot. This all began after a semi-truck jackknifed on the ice causing a blockage.

Ordinarily, a semi blocking a highway is a relatively straightforward occurrence. It happens all the time. But for some reason, this blockage wasn’t able to be removed in a timely manner. The end result was thousands of people being trapped on the interstate for upwards of 19 hours.

Many of these motorists would be stuck overnight on the I-95 as temperatures plunged into the low 20s. Marvin Romero was one of these drivers. Along with his two little girls – one 8 and the other 10 – Marvin spent the night sleeping in his car on the interstate, trapped for 20 hours.

One driver was attempting to get to an essential surgery in Massachusetts by the next morning. It’s dubious they made it in time. Claire Hughes, yet another trapped driver would say, “We’ve been parked here for five hours south of Quantico. We have seen no tow trucks, no broken-down vehicles, no police trying to open lanes up. It’s just a standstill parking lot…it’s atrocious.” [source]

People ran out of food and water, and due to being forced to stall for hours upon end, many ran out of gas as well. People began to abandon their vehicles as they sought for information, restrooms, food, or shelter.

Thankfully, no deaths have been reported as a result of such.

It is interesting to point out that it wasn’t the government stepping in to help feed the people trapped on the taxed roads, but good Samaritans instead. The National Guard had actually been placed on standby by Virginia’s Democrat Governor Ralph Northam. It’s unclear whether they actually ever did anything or not.

Schmidt Baking Company had a delivery truck full of bread and rolls trapped on I-95 as well. The company began passing out its products for free to those trapped around the truck.

Some of the nearby fellow drivers estimated that they hadn’t eaten in roughly 37 hours before Schmidt Baking Company stepped in to fill the need. (You can tell them how awesome they are HERE.)

Sunday, Amtrak’s Crescent Train 20 left New Orleans as it headed north towards its end destination of New York. And then it reached Lynchburg, Virginia.

It was just north of this city that the train came to a standstill on Monday morning when it was discovered that the snowstorm had felled several trees – blocking the tracks. Passengers on the train were trapped. And things weren’t going to get any better anytime soon.

Where the passengers were trapped is a relatively remote area without cell reception. Passengers had a difficult – if not impossible – time contacting their families.

The train finally backed up, returning to the Lynchburg train station roughly around midnight. And there it sat until Tuesday morning.

Passengers aboard the trapped train reported disgusting conditions as the toilets quickly became backed up and overflowed, with the passenger cars reeking of the smell of raw sewage.

Other passengers would later report that the train ran out of food on Monday, and nobody was offered anything to eat until a McDonald’s showed up to the train mid-morning on Tuesday.

One passenger would say, “All we’ve been told is there are trees on the tracks preventing us from moving forward. Nobody has eaten for about 20 hours and the toilets in coach are completely backed up. The snack bar sold out of food yesterday. Passengers have been banned from leaving the train.” [source]

Trapped in a poop-scented cabin without food with plenty of other frustrated passengers? Sounds like a recipe for a good time.

What can the prepper learn from this?

This once more underscores the importance of being well prepared for disaster. If you’re going to go out on a long-distance trip – especially in perilous weather – you cannot succumb to the normalcy bias that this trip will just be like every other trip you’ve ever been on.

“Well, I’ve never been trapped on an interstate in frigid temperatures before overnight. Why should I prepare? What are the odds?”

Let this serve as a cautionary tale to such objections. For as the events of this past week have illustrated, the odds may be pretty high indeed. Make sure to check out our free QUICKSTART GUIDE to figure out just what you need to do to survive these types of conditions.

Also, tune in tomorrow to hear about Rachel’s experience spending 16 hours trapped on I95.

You never know when disaster may strike.

So, consider this before making any long-distance plans in the near future. Do you have what you need? Do you have contingency plans? Do you have alternate routes mapped out? Can you keep your phones charged, your bellies fed, and your vehicle running?

Let us know your thoughts in the comments below. 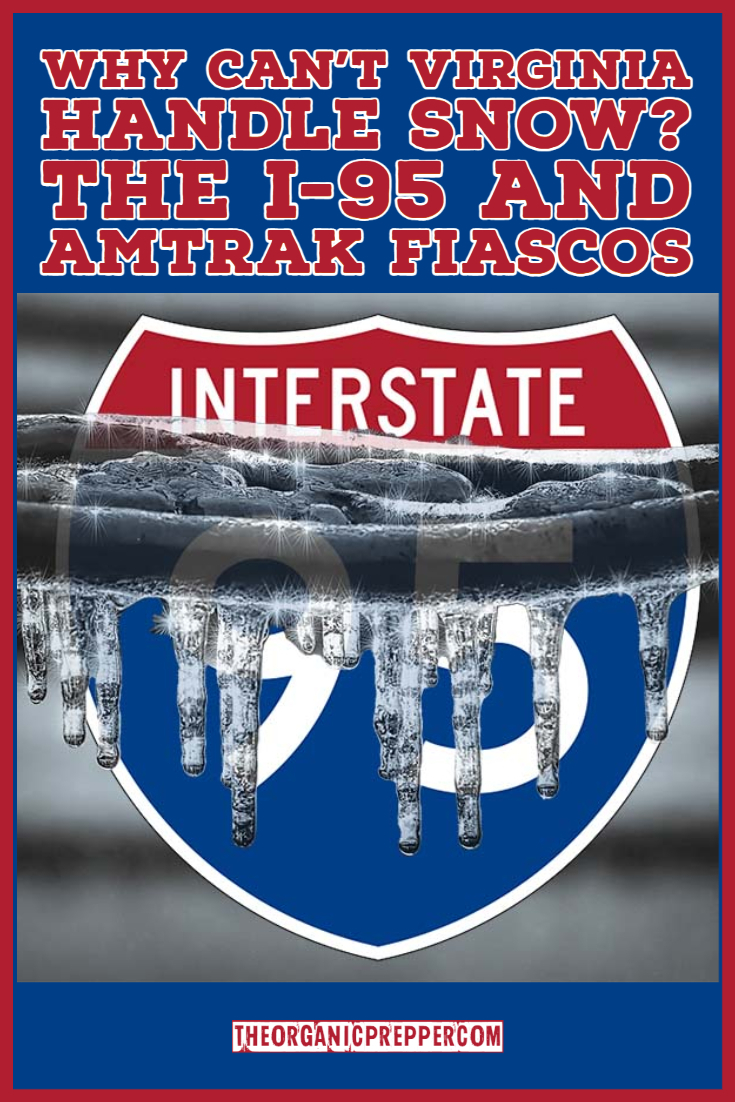