How to Make a Crisco Candle (Safely) 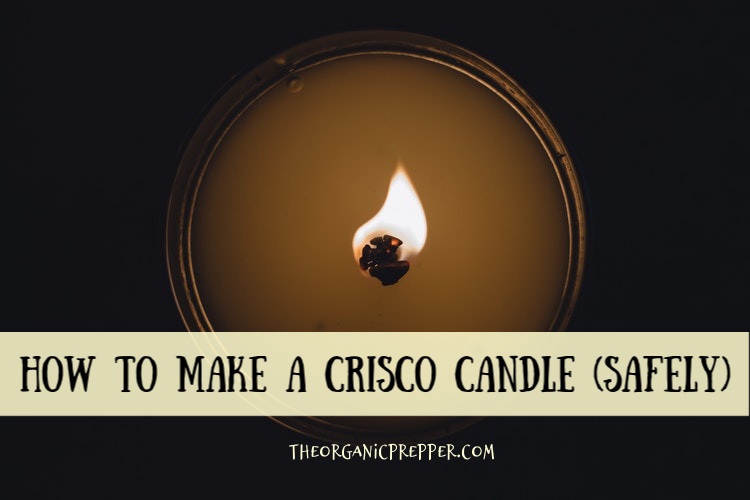 Want an inexpensive method for emergency lighting that you can make with the kids? Make a Crisco candle! (But be sure to do it safely!)

Light during a power outage is important for a lot more reasons than just getting things done after dark. The psychological benefits of a light source during a blackout are vital.

The internet is loaded with articles about sticking a wick into a can of Crisco shortening, lighting it up, and calling it a successful project. But actually, that’s a terrible idea.

That’s because “cans” of Crisco aren’t really cans. Not the metal type, anyway. They’re cardboard tubes with metal on the top and the bottom. And we all know what happens when cardboard meets fire. Really, making a candle in a cardboard tube is an exercise in Darwin’s law. You’ll find all sorts of instructions on the internet for doing this, but that doesn’t mean it’s a good idea.

If you’re going to make Crisco candles, you really must move the Crisco into glass containers to be safe. This is a great way to use up those jars from storebought items like salsa, jam, or spaghetti sauce. Then you’re repurposing instead of recycling and you’re making this without spending any extra cash.

Also, don’t try to get fancy by adding stuff like flower petals. We’re going for safety and simplicity.

As well, most people report that adding essential oils is a bit of a waste of an expensive product as you don’t really notice the scent.

It’s SO easy to make a Crisco candle.

You don’t need much in the way of supplies to make these successfully.

This is an inexpensive wick kit with a braided wick that you can cut to the appropriate size and metal discs to keep the wicks where you want them.

You can use any kind of vegetable shortening – it doesn’t have to be name brand.

Here’s how to make your candle. In this video, my buddy Modern Refugee shows you step-by-step how to make them. (Please subscribe to his new YouTube channel, too – he has a lot of GREAT practical information!)

During an off-grid situation, of course, you wouldn’t be able to use the microwave. Simply use whatever method you’re using to boil water to melt the Crisco.

You can get up to 45 days of light from one can of Crisco.

Why would you make Crisco candles?

Generally speaking, a homemade Crisco candle is going to be a whole lot cheaper than any other type of candle. A 48 ounce can of shortening is about $5 or less and 200 feet of wick is about $8.  (That will make at least 200 candles.)

And if you can get 45 days worth of light for less than $10, that’s pretty darned cheap.

I think it’s also probably a lot healthier to breathe in the fumes of a Crisco candle than it is a petroleum-based, artificially scented, storebought candle.

Interestingly, Crisco was created for soapmakers. Tallow and lard used to be used by those who made their own soap, but they were expensive. So Proctor and Gamble created Crisco, a fat that would stay in solid form but was made from plant oils.

Hydrogenation of organic substances in gas form was discovered by Paul Sabatier in the late 19th century, and hydrogenation while in liquid form was patented by Wilhelm Normann in 1903.[1] Procter & Gamble’s business manager, John Burchenal, was contacted by and hired chemist Edwin C. Kayser, former chemist for Joseph Crosfield and Sons (who had acquired Normann’s patent so as to produce soap), who patented two processes to hydrogenate cottonseed oil,[1] which ensures the fat remains solid at normal storage temperatures.

Their initial intent was to completely harden oils for use as raw material for making soap.[1] After rejecting the names “Krispo” and “Cryst” (the latter for obvious religious connotations), the product was eventually called Crisco, a modification of the phrase “crystallized cottonseed oil”.

Further success came from the marketing technique of giving away free cookbooks in which every recipe called for Crisco. (source)

Further success came from the marketing technique of giving away free cookbooks in which every recipe called for Crisco.

Then, electricity became much more widespread and they’d made this product that nobody wanted. So of course, they decided to promote Crisco as an edible alternative to animal fat. Unfortunately, the process of making a semi-solid plant oil is hydrogenation.

The process involves heating the oil up, putting it under pressure, and adding hydrogen. In order to combine them, though, you need a catalyst. The catalyst, in most reactions, is nickel or platinum. (That’s right, it can take platinum to produce trashy food.) This breaks the bonds between the carbon atoms, and hands them over to the hydrogen atoms. Partial hydrogenation results in trans fats, and total hydrogenation results in saturated fats—because the fat is saturated with hydrogen atoms, and can’t take any more.

Companies hydrogenate their fats for all kinds of reasons. Some need just the right melting point. Partially-hydrogenated oils don’t spoil as quickly, so foods that are designed to be on the shelf for a while tend to undergo hydrogenation to ensure that they keep well. When making things like shortening or margarine, you need a solid, “buttery” texture. Unfortunately, as we all know, these kind of fats are bad for you—especially trans fats. They bring up your cholesterol levels, harden your arteries, and inhibit the formation of an enzyme called cyclooxygenase, which helps determine the dilation of your arteries and regulates blood flow. Basically, they glue-up your entire cardiovascular system. (source)

It is really, really bad for us, but that didn’t stop Crisco and other vegetable shortenings from becoming household items. Burning that stuff is far better for us than eating it!

Have you ever made Crisco candles?

Have you made candles out of Crisco? Were you happy with the results? Share your experiences in the comments section below. 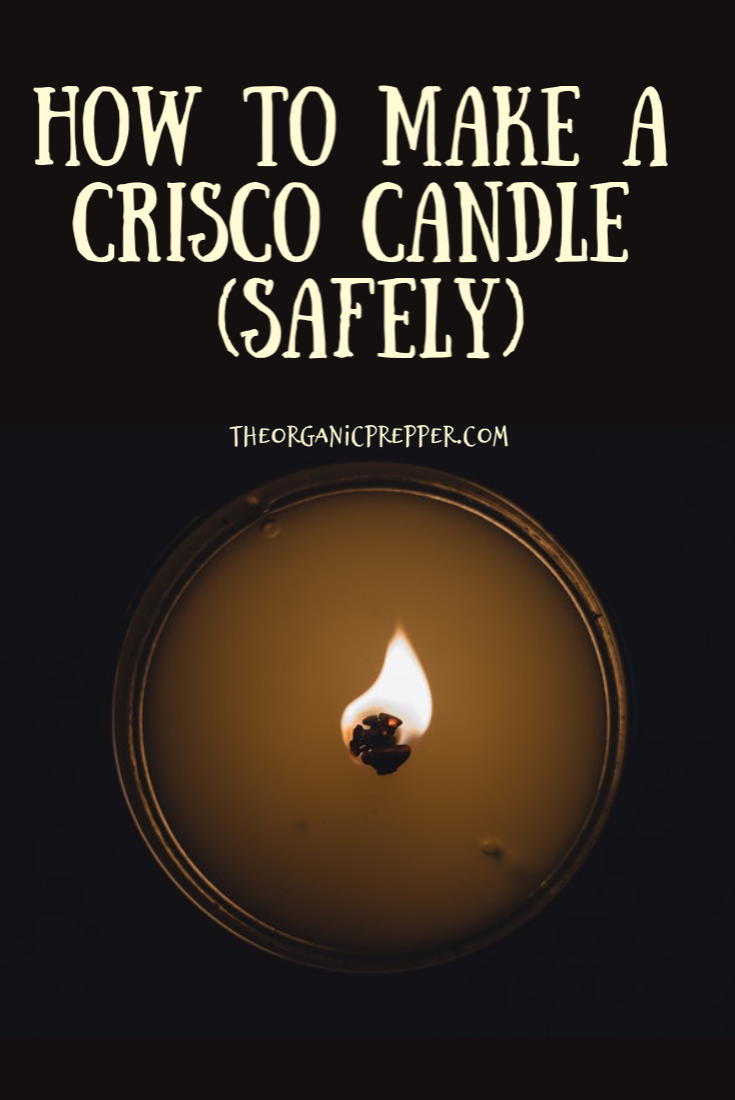