Here’s How 2020 Compares with the Great Depression (VIDEO) 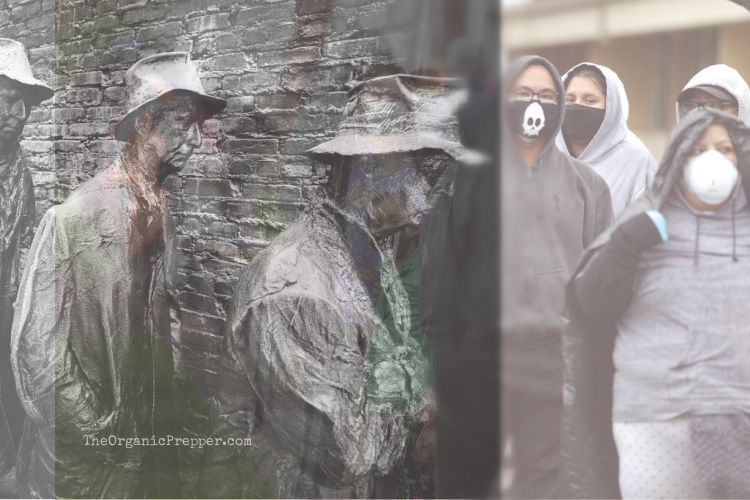 It’s undeniable that we’re heading into an economic crisis, but how bad are things really? Pundits are making comparisons to the Great Depression based on unemployment numbers, looming evictions, and unprecedented lines at food banks. But does our situation actually compare to the worst economic downturn in the industrialized world?

This video analysis by Brian Duff compares our current-day crisis and the one that began in 1929 and the similarities are pretty alarming. Also, this is a new YouTube channel I strongly recommend. It’s going to have some incredible information – trust me when I tell you that you’re going to want to subscribe and give him a “like.”

(Don’t forget to subscribe to this channel. You won’t regret it.)

The biggest difference I see between these two eras – and this is the thing that will be our downfall – is that we are now a nation of consumers instead of producers. Back in the 1920s and 1930s, people had the skills required to do things like producing food, preserving their harvests, and building structures, to name a few. In our current time, skills like this are few and far between outside the preparedness and homesteading world.

This lack of skills will carry over into a much more dependent populace in our current day and age. Our government will not be able to continue providing for people as this crisis snowballs. We’ve already seen widespread shortages that began as the pandemic began to become a reality here, and those really haven’t resolved themselves. Essentials from China have remained limited, as predicted.

I think we can all imagine what will happen once the access to food, resources, shelter, and money becomes even more limited.

How do you think these eras compare?

When you look at these two eras, do you see similarities? What are your thoughts on the current crisis and what do you suggest for those who want to be better prepared?