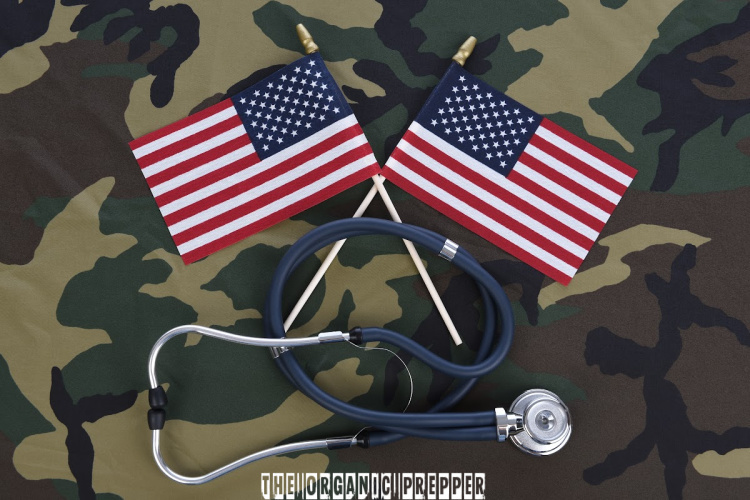 During an already existing healthcare worker shortage, New York seems to be determined to make a bad situation worse.

New York’s mandate requiring inoculation of all health care workers went into full effect on September 27. New York’s mandate (one of the most strict nationwide) allows no option to test weekly in place of inoculation and no religious exemptions. [source] Along with that mandate comes the very real likelihood that tens of thousands of health care workers could lose their jobs.

But New York’s governor had a “great idea.” Why not replace the ousted medical staff with National Guard members? Gee. That sounds like an idea that could really catch on and seed troops across the entire country in positions of authority to fill in for the non-compliant.

Reportedly, the state of New York is considering using medically trained National Guard troops to lessen the blow caused by the expected shortages. Furthermore, Hochul will possibly look into “recruiting temporary workers from the Philippines or Ireland.” Some New York hospitals will also employ “emergency staffing plans that they typically reserve for natural disasters,” such as filling vacancies with volunteers, students, and retirees. [source]

How are New York medical centers dealing with the looming crisis?

Many New York hospitals and medical centers have already let go of staff members refusing the medical procedure. They have also begun to suspend elective medical procedures to lighten the load for short-staffed centers. Furthermore, some have decided not to take patients in need of intensive care from other hospitals.

Lewis County General Hospital announced it would no longer be delivering babies because too many staff members quit.

You may be wondering why this is a big deal. Have you stopped to consider that replacing civilian doctors and nurses with military ones could be a lot more coercive a situation?

If one were to end up in a hospital with a broken leg, appendicitis, a panic attack, or any dire emergency, how will they refuse a medical procedure they may not want in a room filled with military soldiers?

The answer? They won’t.

Will replacing essential workers with soldiers stop in healthcare?

And if that’s not bad enough, consider that there are many other “essential employees” who are mandated to get vaccinated or they’ll lose their jobs. Many first responders such as firemen, police, and paramedics have refused. Some members of the military are suing the Department of Defense over the refusal to allow exemptions for those who have already had Covid. Some Air Force officers are suing President Biden himself over the mandates.

So what happens when hospital workers, police officers, EMTs, and soldiers refuse to comply and get fired, only to replaced by National Guard members who did comply?

Police institutions will dismantle as mandates to comply will either result in resignations or firings. Rising crime rates will likely result in soldiers replacing officers. Fire departments will have similar mandates and see similar staffing issues.

Activating the National Guard is a tacit admission of failure here. Could anybody honestly believe that widespread human rights infringements are good for society? And once the National Guard is in place in institutions across America, how easy would it be for even more draconian policies to be instituted? (Australia, anyone?) Or even martial law?

We’re not saying that’s the plan here. Just that the slope keeps getting a little bit more slippery every day.

How long before all the dissenters have been replaced with compliant soldiers?

Of course, the outcome largely depends upon the nature of the National Guard members filling these positions. There are plenty of people who choose to get the vaccine that don’t agree with forcing it on those who don’t want it. (We just never get to hear from those people because they’re banned from YouTube, Facebook, and the mainstream media. We can’t have them spreading “misinformation,” you know.)

With mandate deadlines quickly approaching across the country and others soon going into effect, what will the outcome be?  What happens when those who disagree with forced medical mandates are replaced by those who are compliant? And when those compliant people are soldiers? Let’s hear your thoughts in the comments.