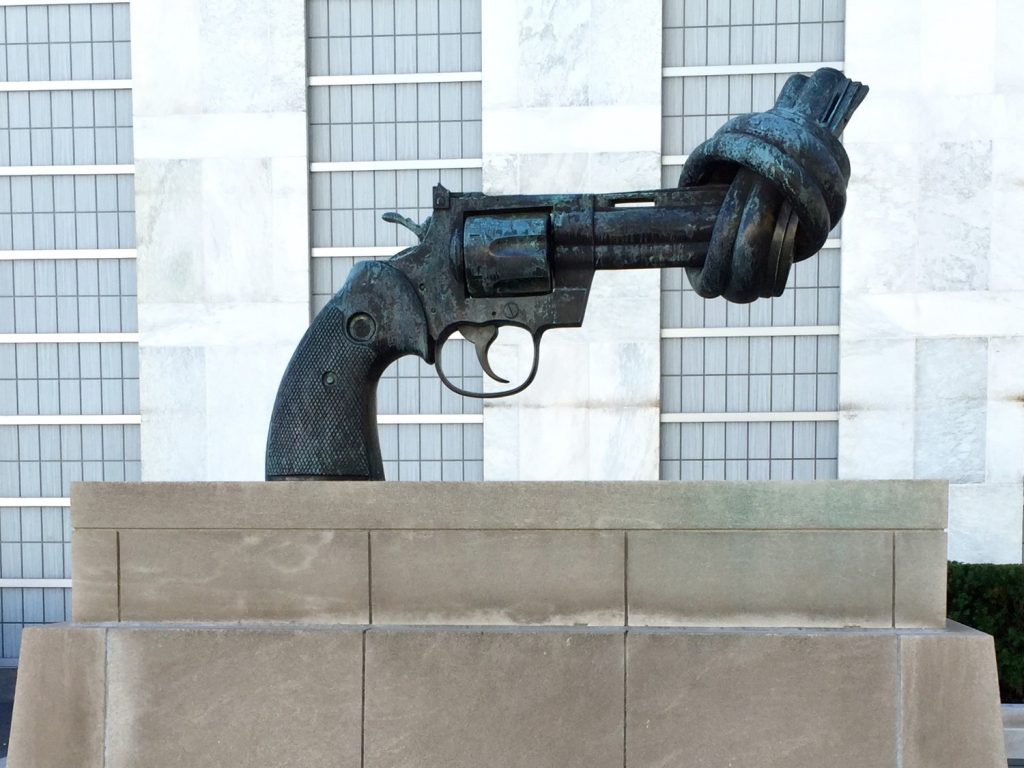 Note from Daisy: It’s the Christmas season and that means it’s time for Washington, DC to try and sneak some draconian measures past us. James Wesley Rawles posted the following article on his website, Survival Blog, on Christmas Day, outlining how the new bill, the 3D Firearms Prohibitions Act, will infringe on our rights in at least 8 different ways. (And if you think this will ONLY affect those with a 3D printer, you’re quite mistaken.) We’re treading on dangerous territory that could end up in the type of gun confiscation that Selco described in this article.

I have a legislative alert for SurvivalBlog readers: H.R. 7115, the “3D Firearms Prohibitions Act” is on its face perhaps one of the most unconstitutional laws ever written. It is sponsored by Congressman Frank Pallone, Jr., Democrat, of New Jersey. It will most likely be reintroduced in the 116th Congress. This proposed law, introduced on November 2, 2018, is purported to ban 3D printed guns. But it is actually about milling (subtractive) technology rather than 3D printing (additive) technology. I have news for Mr. Pallone: All guns are “3D”, once they are off the drawing board!

Pallone’s bill goes far beyond milling machine processes. It would ban firearms parts kits, ban electronic publishing about 80% receivers offered for sale, require the owners of receiver blanks to beg the issuance of a serial number before then can be milled, and even retroactively bans unserialized receivers that have been made since 1968. It also arbitrarily sets a 90 day limit for number stamping/engraving and completion of the receiver. You can read the full text of the bill, here.

The summary preamble to H.R. 7115 reads: “To prohibit the sale, acquisition, distribution in commerce, or import into the United States of certain firearm receiver castings or blanks, assault weapon parts kits, and machinegun parts kits and the marketing or advertising of such castings or blanks and kits on any medium of electronic communications, to require homemade firearms to have serial numbers, and for other purposes.” But even a cursory reading of Pallone’s bill shows that it is blatantly unconstitutional, in many ways. Here are a few:

All in all, this proposed law is grossly unconstitutional on several levels and in several respects.  Under the traditions and standards of American Jurisprudence, we are not bound to obey this law, and it cannot be enforced. (Lex Mala, Lex Nulla.) It is null and void, even before passage.

This bill will get a new number when it is re-introduced. Be forewarned that it may be slipped into a large legislative package, such as an omnibus funding bill. Please contact your Congesscritter and Senator to mention this particular legislation. While you are at it, remind them that “universal background checks” is a gun-grabbers’ code phrase for “banning private party sales.” Also, be sure to mention: I oppose any and all new gun laws and Red Flag laws!  – JWR

Note: Permission is granted for re-posting of this entire article, but only if done so in full, with proper attribution to James Wesley, Rawles and SurvivalBlog, and only if the included links are preserved.)