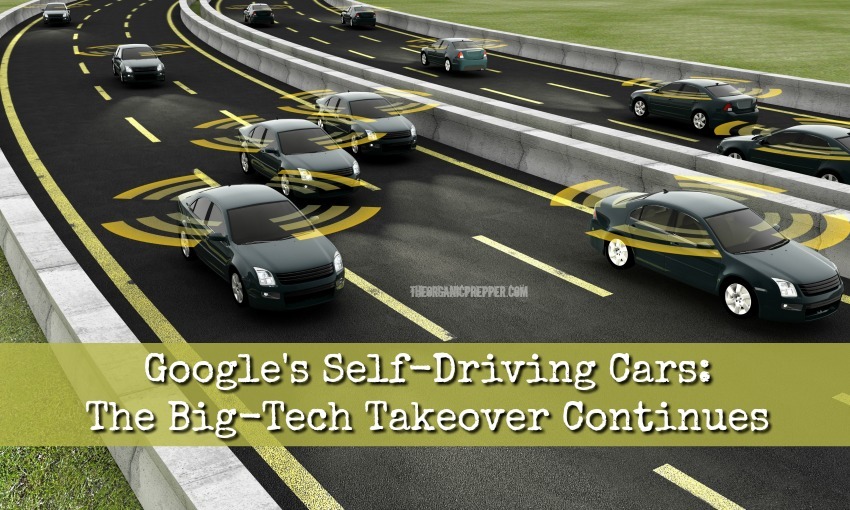 A self-driving car program, now known as Waymo, is about to quietly launch a fleet of paid rides in the world’s very first commercial driverless car service.

Imagine a world where you hail a cab and step into an empty vehicle. This empty car takes you to your destination while you sit in the back, read and swipe the app for payment.

This world is coming to Phoenix, Arizona in just a few weeks. And of course, the company is owned by Google.

They’ve already been testing this for 10 years.

The secretive Waymo has been quietly testing the technology of self-driving cars for a decade and has clocked in millions of driverless miles. Waymo still isn’t telling anyone what the new company or app will be called. But in early December the people of Arizona will start to see it for themselves. Google and Waymo are both sibling subsidiaries of Alphabet Inc.

Bloomberg reports that things will start small and slow, with the service being only available in 100-square mile Phoenix area.

The first wave of customers will likely draw from Waymo’s Early Rider Program—a test group of 400 volunteer families who have been riding Waymos for more than a year. The customers who move to the new service will be released from their non-disclosure agreements, which means they’ll be free to talk about it, snap selfies, and take friends or even members of the media along for rides.” (source)

Alphabet X’s lab is already shuttling employees to and from the job site in driverless vans in Mountain View and just last week Waymo got approval to begin testing cars with no backup drivers in Silicon Valley, the same spot Tesla’s Autopilot is based.

Business Insider predicted in 2016 that there would be 10 million self-driving cars on the roads by 2020 and because of this new announcement, this might actually happen with stunning accuracy.

Waymo will launch a commercial self-driving car service in the Phoenix area before the end of the year, says CEO John Krafcik. The venture, which pushes Waymo to the front of the driverless car race, will first be open to a small group of people. Krafcik added that businesses like Walmart and Avis were also willing to pay the service to transport their customers. Waymo, a subsidiary of Alphabet, announced deals earlier this year to purchase thousands of vehicles from Fiat Chrysler and Jaguar Land Rover. (Source)

Bloomberg says this is what we can expect in December:

When Waymo starts its commercial program, there will be backup drivers in some cars to help ease customers into the service and to take over if necessary, according to the person familiar with the plans. The fleet of heavily modified Chrysler Pacifica minivans will drive themselves more than 99.9 percent of the time, based on data from Waymo’s test program submitted to California regulators.

Some volunteers in the Phoenix Early Rider Program won’t switch over to the new commercial program, the person said. Instead, they’ll continue to test new features and offer feedback to the company. For example, volunteers may receive cars with no backup driver with increasing frequency.

The company is taking a plodding approach across the U.S. to avoid any possible mishaps like crashes from setting the whole program back.

Among the biggest concerns of driverless tech are fatalities, loss of jobs and industry, hacking, forced dependency on smart-grid, and EMF health hazards. (DARPA is heavily involved in this technology, let’s never forget.) But none of these fears are in any way halting this new roll out.

The Moral Dilemma of Self-Driving Cars and Crashes

Although car crashes are among the biggest complaints of driverless tech, it’s almost being sloughed off as a foregone conclusion. Inevitable casualties of a New Boom. None of the companies trying to get into the door seem all that worried about it.

Although Uber’s driverless cars require human intervention every 13 miles, getting drivers to pay attention remains a struggle. In March, an Uber self-driving vehicle fatally struck a pedestrian in Tempe, Arizona. Video footage from inside the car showed that the “human monitor” sitting behind the wheel was looking away from the road in the moments before the collision.

Twisted irony: blaming the human inside a self-driving car for running over a human. But, is it only a matter of time before there is no human element to driving at all? And until we can’t take the wheel when something goes wrong?

In the world of A.I. people are things that are scanned and belong in an algorithm. But in reality, people on the road are unpredictable. How do self-driving cars navigate school buses, children playing, aggressive drivers, ambulances and high-speed chases or bicyclists?

So far, the driverless cars belong to geo-fenced zones. But what happens when they are unleashed and the number one rule is to avoid collision? Does that mean the passenger’s life is sacrificed to save the largest number of people like in some Utilitarian Ethics class? What about when people must break the rules of the road such as pulling over to avoid a high-speed ambulance behind them?

Self-driving cars use rotating lasers to view the road. Is it ready for snow or painted signs or construction? Just three years ago, self-driving cars were foiled by the shabby roads in America’s crumbling infrastructure.

Or, will there have to be certain highways built for driverless cars that don’t allow any variables to get into the way? Coincidentally, “smart roads” with crash-sensors are already here in the U.S., too!

People in rural areas will be left behind and that isn’t as good as it sounds.

Do you know what this means? The rural areas will be left behind. It sounds good now, but not when the only jobs and resources available are in the “smart” cities. There’s already talk of altering the roads in a major way, just to accommodate the coming swath of driverless cars. Just another glimpse into Agenda 21/Agenda 2030.

Will it be impossible to get around with putting your life into the hands (claws? pinchers?) of tech-guided vehicles? Will those who are outside of the cities still be able to drive their regular, old-fashioned vehicles on major thoroughfares? Or will they be stranded in a place with no jobs until they finally drink the Kool-Aid? Sounds a lot like microchips, doesn’t it?

A Corporate Circle Has No End…

The other big complaint about driverless tech is the inevitable loss of jobs.

There is a glaring irony here. Corporate cronyism once married government red tape to create a miserable, expensive transport system for decades: taxis, limousines, etc. When Uber and Lyft came along, they were the feared “wave of disruption” to the jobs that had been comfortably secured for so long. One could even speculate that strict blood-alcohol limits buoyed the transport industry as well as state revenue and prison systems.

But many argue that the ride-share innovation was badly needed to provide affordable, on-demand service and create a gig economy by opening up job opportunities to unlicensed people. Once the tech became available, there was no stopping it. Now, a giant corporation is creating the eye-popping futuristic tech and will be directly competing against Uber, Lyft and other ride-share platforms.

Google’s parent-company is causing the “wave of disruption” and will directly extinguish a lot of jobs; even the gig economy jobs that many rely on to get by.  The economic circle is complete since we are back to a large, corporate monopoly – this time, funded by DARPA. (Defense Advanced Research Projects Agency)

And when robots take over all the jobs, we’ll be flung into a new feudal system, one in which Universal Basic Income is the only way to survive.

Golden Rule of Business and War: He who has the gold makes the rules.

One could say the Silicon Rule is this: He who has the gold, rules the tech. And he who is first in tech could be last, since gold begets gold.

“The early start also makes Waymo’s ride-hailing service worth about $80 billion—even before the service is launched—according to an analysis by six Morgan Stanley analysts in August,” reports Bloomberg. The fact that Waymo’s brand will be the one to offer licensing to driverless truckers and other transporters actually adds another $96 billion in current value.

GM, Tesla’s Autopilot, Mercedes, BMW, Daimler, Volkswagen, and others aren’t not far behind at all. GM is only a year from launching their own driverless vehicles and Ford is launching theirs in 2020. Uber and Lyft are still in the launch running.

Frankly, the presentation of Waymo’s tech is nothing short of breath-taking.

And that brings us to one last issue: Health

What are the future health effects of having laser- and lidar-emitting vehicles gumming up the roads?

Let’s not forget that DARPA – nicknamed the Pentagon’s “mad science” division – was the first outfit to be interested in non-human driven vehicles. It has funneled half a billion dollars to universities and companies over the last 20 years to make driverless vehicles happen.

What do you think of this sudden, new development? Would you step into a self-driving car? Why or why not? Sound off below!