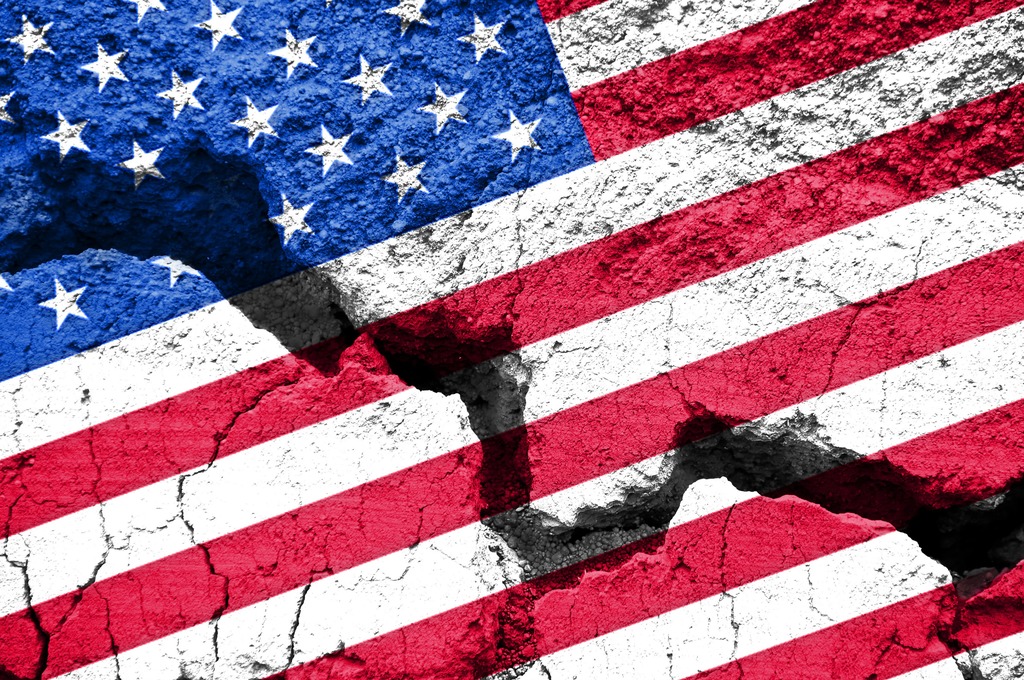 Every single action taken is a precursor to a future action. That’s something that not enough people understand. All of these things that sound like such good ideas when they happen to the “enemy,” whoever that might be? They seem a whole lot less like good ideas when they happen to you. Many Americans are getting exactly the country they asked for and they don’t like it at all.

The astounding levels of cognitive dissonance make it impossible for some people to see that they themselves were the ones who set the precedents for things happening today. If you give the government – any government, not just ours – an inch, they will take a mile, and I guarantee some of that mile will be to your own detriment.

A bunch of people will read my headline and be too mad to read the article. They’ll retort angrily, “I didn’t ask for it.”

Maybe not. Maybe you are as pure an anarchist as ever there was. But just about everyone has had some feelings about things that should apply to one group but not others. It’s arrogant, and it’s true.

Let’s examine some events that are causing uproars and then look back to when it seemed like a good idea.

Here’s another place where folks were cheering until it happened to them. The scene at the US-Mexico border has been a tense one recently as the Trump administration cracks down on illegal aliens entering the United States. While some people strenuously object, many others have rejoiced over these policies.

Except when the policies extend a bit further within the US. Did you know that the Border Patrol can ask for your “papers” within a hundred miles of any US border? They’ve been setting up checkpoints in places like the middle of Maine and asking people trying to go about their everyday business to prove their citizenship. According to the ACLU, two-thirds of the population of America lives within this “border zone.” And if you are in that zone, you can be asked by Border Patrol to prove you are allowed to be here.

If you refuse to cooperate, you can be detained, although if you are 26-100 miles from the border, your vehicle cannot be searched without a warrant.

If you’re closer to the border, however, you can be subject to even more thorough inspections.

Within 25 miles of the border, though, the Border Patrol has even broader powers, including the right to enter private property (except houses) without a warrant. (source)

To many, it seemed like a great idea when it was happening to Mexican folks near the border, didn’t it? It sounds perfectly fine to some people when Hispanic families in LA are questioned. But they don’t like it so much when it’s carloads of folks in the middle of Maine.

Sarah Huckabee-Sanders was asked to leave a restaurant.

Sarah Huckabee-Sanders, the press secretary for the Trump administration, had sat down to eat dinner at a restaurant in Lexington, Virginia on Friday night when she was asked by the owner to leave because she works for the President.

Last night I was told by the owner of Red Hen in Lexington, VA to leave because I work for @POTUS and I politely left. Her actions say far more about her than about me. I always do my best to treat people, including those I disagree with, respectfully and will continue to do so

Conservatives are outraged that Sanders was asked to leave the restaurant. And they’re also worried because there seems to be an outright war of public ostracism brewing against them. Congresswoman Maxine Waters has called for physical confrontations of anyone who works for the White House.

This is exactly the same thing as someone refusing, based on their personal philosophies, to serve the Press Secretary at a restaurant. You can’t have it both ways.

I guess what I’m saying is that people have the right to be outwardly biased if that’s how they really feel. And we who disagree have the right to no longer patronize their businesses. Call it the free market, call it freedom of association – but this is how things work.  (Please note that I am not condoning cruelty or violence.) If you think it’s okay for Christian bakers to refuse to serve gay patrons, you must also be okay with Sarah Huckabee-Sanders being kicked out of a restaurant.

If you cheered on the Colorado bakery owners and Hobby Lobby, being outraged because it happened to Sarah Huckabee-Sanders is the height of hypocrisy.

The TSA was established for your own protection.

Remember when the Transportation Security Administration was established after 9/11? Frightened people were initially thrilled that they were being “protected” but I think we can all now agree that the TSA is completely out of control.

Everyone has seen the videos of humiliated grandmothers being patted down, publicly and intimately. We were all outraged when we saw a sobbing little 3-year-old girl in a wheelchair who was so traumatized that she no longer wanted to go to Disneyworld after they took away her dolly and thoroughly frisked her.

Remember? Many people didn’t just ask for this. They begged for it. They wanted to be “protected.” It seemed like a good idea at the time to them, but now it’s not that good anymore.

Are you starting to see a pattern here?

When you take away freedom from one group, it’s only a matter of time until those chickens come home to roost.  Even though it’s been quoted so often that it’s become a cliche, it brings to mind that poem by the German Lutheran pastor, Martin Niemoller:

First they came for the Socialists, and I did not speak out—
Because I was not a Socialist.

Then they came for the Jews, and I did not speak out—
Because I was not a Jew.

Then they came for me—and there was no one left to speak for me. (source)

The government is like an invasive plant species. If you give them one little bed in the garden, it’s only a matter of time before they creep out of it. The next thing you know they’re covering everything, choking out the other plant life, damaging the structure of your buildings, and requiring you to fight your way through the vines.

So for all the people begging for our guns to be taken away, what will you think when the police and military are the only people with guns and you have no way to protect yourself?

For the people who think separating families at the border is great, how will you feel if your children are forcibly taken away to be publicly educated when you wanted to homeschool?

For the people who want to insist that your kid be “fully vaccinated” to attend public events, how are you going to feel when there’s some medical treatment with which you disagree forced on your own child “for the greater good?”

The next time you hear a question that starts with the phrase, “Do you think the government should -”

The answer is no. It’s always no. Because if you think some arbitrary rule should be forced on somebody else, eventually that rule will be forced on you, too.

If you are willing to give away someone else’s freedom and to allow others to be mistreated, don’t be one bit surprised when the same thing happens to you.