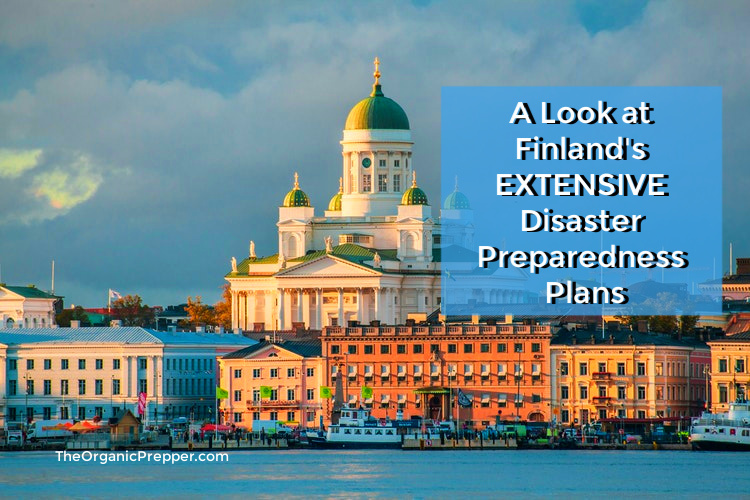 During World War II, the city of Helsinki Finland was bombed relentlessly, leaving the tiny country with a death toll of more than 90,000 people. It is due to these devastating losses that the Nordic nation has one of the most comprehensive preparedness cultures on the planet. Although it’s ranked as the 14th safest country in the world, Finland prepares its people for everything from natural disasters to terror attacks to war.

For example, every building with a floor area of more than 12,916 square feet is required to house a shelter to protect citizens in the event of a crisis. I think it’s always interesting to see how other countries prepare for disaster.

Not only are first responders ready for a variety of disasters. Even local business owners are trained so they know what to do should a disaster occur. Imagine the difference it could make if more of our workplaces were thoroughly trained to be prepared for a wide variety of disasters.

But it isn’t just emergency responders that the Finnish government prepares. They also recommend individual measures. The Department of the Interior website says:

Every person should be prepared for all types of emergencies, such as disruptions to the electricity supply or telecommunications connections. Emergency planning by individuals assists the authorities in times of crisis, since resources do not suffice to help all of those who need help, and must be allocated to the most urgent cases. (source)

Finland isn’t the only country in Europe to urge citizens to prepare.

Finland isn’t alone in urging citizens to prepare or to make preparations on a large scale. Last year, Swedes were warned to be prepared to live without the system and get ready for war. In 2017, South Koreans were urged to make preparations due to rising tensions with North Korea.

The CDC has warned Americans to get prepared for the potential of nuclear war and in fact, 8 places around the world are actively prepping for the possibility of a nuke.

There are worries about incursions into our power grid that could leave Americans in the dark (at the same time as the US is allegedly fooling around in Russia’s grid.) And now as the threat level rises with a Russian warship as close as Cuba and the escalating conflict with Iran, we’d be foolish to ignore the possibility that we might need some preps. (This book has advice about preparing for a nuclear strike and this book has advice on building your stockpile on a budget.)

Do you think Finland takes preparedness more seriously than our own country? What changes would you like to see occur within American Civil Defense?