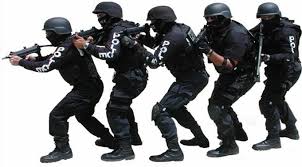 Be careful what you Google….you never know when it might get you a visit from the  federal anti-terrorism task force, despite the government’s claims that information about average Americans is not being analyzed.

What shows up in your search history?  I just checked mine.

In the past week I  have looked up…

If you put all these things together, does it put together a picture of a terrorist, bent on destruction, or just a newbie homesteader who is also interested in current events and has a tween daughter?

Well, with the algorithms the government is using, those searches might not look so innocent.

Michelle Catalano and her husband were the targets of a visit by federal officials based on nothing more than their Google history.  While the NSA is fervently denying that they are collecting information on average citizens, an early morning knock on the door of this family’s home says otherwise.

Catalano, a writer, told the story on her blog:

Little did we know our seemingly innocent, if curious to a fault, Googling of certain things was creating a perfect storm of terrorism profiling. Because somewhere out there, someone was watching. Someone whose job it is to piece together the things people do on the internet raised the red flag when they saw our search history.

Most of it was innocent enough. I had researched pressure cookers. My husband was looking for a backpack. And maybe in another time those two things together would have seemed innocuous, but we are in “these times” now. And in these times, when things like the Boston bombing happen, you spend a lot of time on the internet reading about it and, if you are my exceedingly curious news junkie of a twenty-ear-old son, you click a lot of links when you read the myriad of stories. You might just read a CNN piece about how bomb making instructions are readily available on the internet and you will in all probability, if you are that kid, click the link provided…

…What happened was this: At about 9:00 am, my husband, who happened to be home yesterday, was sitting in the living room with our two dogs when he heard a couple of cars pull up outside. He looked out the window and saw three black SUVs in front of our house; two at the curb in front and one pulled up behind my husband’s Jeep in the driveway, as if to block him from leaving.

…“Are you [name redacted]?” one asked while glancing at a clipboard. He affirmed that was indeed him, and was asked if they could come in. Sure, he said.

They asked if they could search the house, though it turned out to be just a cursory search. They walked around the living room, studied the books on the shelf (nope, no bomb making books, no Anarchist Cookbook), looked at all our pictures, glanced into our bedroom, pet our dogs. They asked if they could go in my son’s bedroom but when my husband said my son was sleeping in there, they let it be.

Meanwhile, they were peppering my husband with questions. Where is he from? Where are his parents from? They asked about me, where was I, where do I work, where do my parents live. Do you have any bombs, they asked. Do you own a pressure cooker? My husband said no, but we have a rice cooker. Can you make a bomb with that? My husband said no, my wife uses it to make quinoa. What the hell is quinoa, they asked.

They searched the backyard. They walked around the garage, as much as one could walk around a garage strewn with yardworking equipment and various junk. They went back in the house and asked more questions.

…They mentioned that they do this about 100 times a week. And that 99 of those visits turn out to be nothing.

Do you wonder what would have happened to the Catalanos if they’d refused to answer questions, as is their right under the Constitution?  What if they had denied entry when the feds had asked to do a casual inspection of their home, which is also their right?  What if the husband had asked, with his morning cup of coffee in hand, “Do you have a warrant?”  I strongly suspect that if they had chosen to stand up for their rights, the intimidating visit would have gotten a whole lot worse.

When every thing you do is recorded, analyzed, and judged, you are not truly free.  No matter how independent you think you are, someone, somewhere is watching you in a manner so creepy and so intent that no fiction writer has ever captured the full extent of it in even the most gripping spy novel.

Many people are careful, not joining social networks, using proxy servers, and using search engines that are supposed to be private. But with the recent release of information from Edward Snowden, I would be willing to bet that isn’t enough to keep your internet comings and goings out from under the microscope of the NSA.  In fact, those things might make you seem even more suspicious.

These algorithms are designed to “prove” the guilt of anyone that the federal government wants to target.  Back in the 1500s, Cardinal Richelieu knew the truth of this when he said, “If one would give me six lines written by the hand of the most honest man, I would find something in them to have him hanged.”

Well, don’t worry…they’re doing this for your own good.

Do you feel any safer now?

Follow-up:  There is more to this story.

Michelle Catalano says that her family was misled by police regarding the source of the “tip” that led to the intimidating visit.