Could the EARN IT Act Destroy Encrypted Messaging? 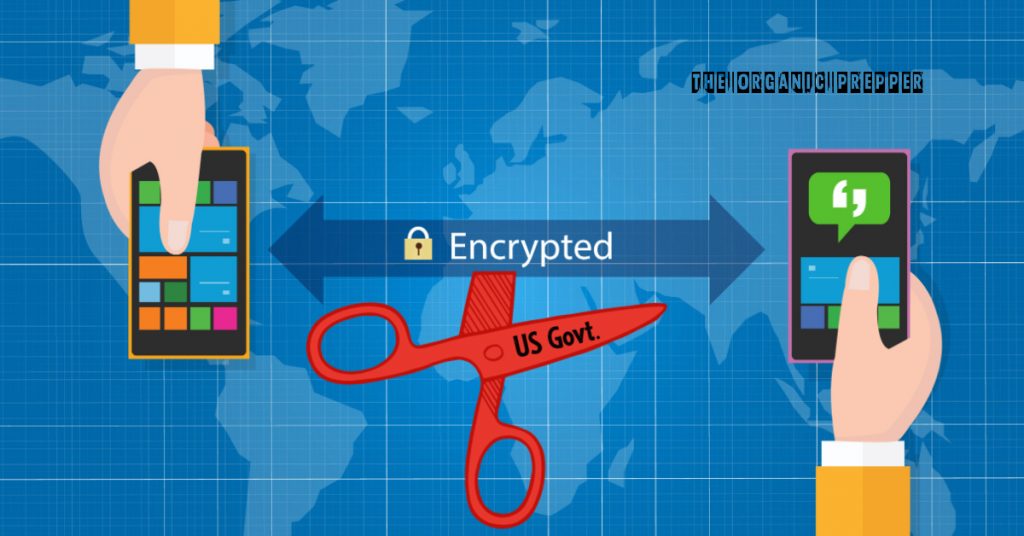 On January 31, 2022, the EARN IT Act was introduced to Congress. This bill is still under review by Congress, but considering the large, bipartisan (12 Republicans, 10 Democrats) group of cosponsors, there is a good chance it will pass. What is this bill, how did they get so many politicians from opposite sides of the political aisle to agree on it, and what does it mean for us?

EARN IT stands for Eliminating Abusive and Rampant Neglect of Interactive Technologies.

Its stated goal is “To establish a National Commission on Online Child Sexual Exploitation and Prevention, and for other purposes.”

You can read the bill in its entirety here.

I can’t think of anyone who would not want to end child exploitation.

It’s sick, evil, and the damage done to children can echo through generations. The overwhelming majority of us already agree on that. The viewing, creation, possession, and distribution of child sexual abuse material (CSAM) have been a federal crime for a long time.

So, what does this bill claim to do that isn’t already being done?

Like all good politicians, the sponsors of this bill want to start off by establishing another committee.

(FYI, Section 230 immunity is what makes it impossible to sue Facebook, Twitter, or any other online platform when someone uses that platform to harass another party.)

I’ll say it again: everything related to CSAM is already illegal. Reporting is already mandatory, and tens of millions of images are reported to the Department of Justice every year. Section 230 has never provided immunity when it comes to CSAM. If someone uses Facebook messenger to send prohibited material, and someone at Facebook notices, they have to report it, and they do. It’s horrible, it’s disgusting, but it’s not a new problem, and it’s not being ignored.

In the “Myth vs. Fact” sheet put out by the sponsors of the bill, even they admit that tech companies overwhelmingly comply with law enforcement in reporting CSAM material.

So, why reinvent the wheel?

What does the “and for other purposes” in the bill’s stated title refer to?

Stanford Law School’s Center for Internet and Society thinks it may be a back door into making it much harder for companies to provide end-to-end encryption.

They have written extensively and in great detail about this here and here. I will (imperfectly, I know, because I’m not a lawyer) try to summarize.

Various federal agencies have been trying to make private conversations accessible to law enforcement agencies for years. When the Communications Assistance for Law Enforcement Act (CALEA) was passed in 1994, it forced telephone networks to make their lines easier for law enforcement to wiretap. Not long after, federal agencies proposed making CALEA applicable to internet conversations, but after an ensuing public uproar, the proposal went away. However, every few years, some form of legislation comes up again. The federal government really, really wants access to your private conversations.

If EARN IT passes, they will get closer to making that happen. The EARN IT Act doesn’t outright ban end-to-end encryption, but it gives the chairman of this proposed Commission sweeping powers to determine what constitutes best management practices in the name of protecting children online. If he or she decides to ban encryption in the name of “protecting the children,” any company that continues to provide encryption will be open to the lawsuits that Section 230 would normally protect them against.

But this argument only holds water when you have unbiased law enforcement agencies.

I suppose I should add—I’m not anti-law enforcement. I think a lot of our problems regarding out-of-control crime and property destruction would go away if law enforcement were allowed to do their jobs. I know the overwhelming majority of people serving in law enforcement, both at local and federal levels, sign up out of a genuine desire to serve and protect.

But at the end of the day, politicians hold them accountable, and our political class is greedy and power-hungry. They are not above tweaking the law to target political dissidents.

Look at the Department of Homeland Security Bulletin released last February, where DHS claimed that non-mainstream Covid narratives sow distrust in the U.S. government and are therefore responsible for a heightened terrorist threat environment. This shifts blame for any isolated acts of violence to the large numbers of Americans angry and frustrated with various Covid policies.

When the OP got downgraded a few months ago, it had to do with articles questioning the narrative surrounding mask mandates. This has had a noticeable effect on how our site pops up in search engines and makes it harder to earn money. Government actions already have a very real, tangible effect on independent journalism and public speech. Passing the EARN IT Act will make it easier for them to keep tabs on private speech, as well.

It’s not unreasonable to want to have private conversations.

We live in a country where families are scattered all over the place; most of us have to use devices to stay in touch with loved ones. We should all be able to discuss personal matters without worrying about who’s listening. That’s one of the reasons apps like Signal, a privately run company that features end-to-end encryption, are so popular. Unfortunately, if the EARN IT Act passes, companies like Signal will most likely either have to change how they do business or leave themselves open to all kinds of frivolous lawsuits.

And let’s not forget that, just last week, Biden declared about half the country a threat to the nation. Obviously, Republicans found this disturbing, but political independents were disgusted by this speech as well. I don’t trust this administration at all, and it seems like I’ve got a lot of company.

Lest anyone thinks this is a “red vs. blue” issue, remember that the Patriot Act passed during a Republican administration. I was a young adult at the time, and it seemed totally reasonable to me that we should heighten security post-9/11. But it’s now twenty years after the fact, the 9/11 mastermind was killed quite some time ago, and none of it has been repealed. Democrats were up in arms twenty years ago about the privacy violations in the Patriot Act; now that we have a Democratic administration, it seems like warrantless wiretapping and surveillance are okay. I guess it’s “because children” these days, not “because terrorists.”

Surveillance has to stop somewhere. I’m not comfortable with federal employees from either side of the aisle having access to my private conversations. My life is not particularly spicy, and I’m not breaking any laws. But my personal life is my own personal business.

Ultimately, the EARN IT Act is about giving the government another tool in its witch hunt for “dissidents.”

It’s another trade-off between freedom and security, though the security is pretty illusory for those of us that don’t go along with whatever the political party in power says.

It’s worth noting once more that this bill has a large number of cosponsors from both parties.

Of course, both parties want to look like they’re protecting the children, especially in an election year.

But what both parties really want is to inch us closer and closer to a surveillance state, and the EARN IT act is part of that.

If you really want to take some concrete steps toward protecting your privacy online, this article has a lot of advice about becoming more self-sufficient in tech. We need to become more informed about this while we still can.

What are your thoughts on this new bill?

Do you think this is just another misleading bill name? Do you feel like it’s another way to go after free-thinking “dissidents?” What about the fact that it has bipartisan support? Let us know your opinions in the comments.