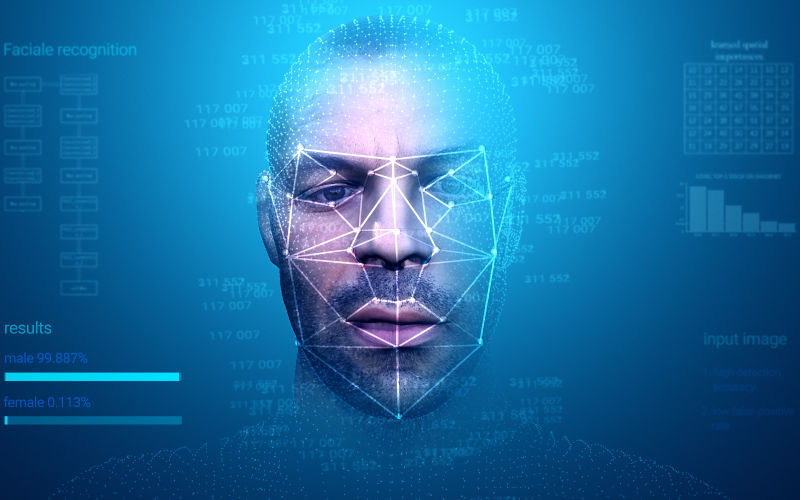 The Department of Homeland Security is hard at work thinking of ways to make traveling miserable and invasive for the rest of us. And chances are good they aren’t planning to stop with travelers.

They want to take the photographs of every person leaving and entering the US and store this biometric information in their databases. So whether you’re an American citizen or not, they’d like to invade your privacy for no reason other than you’re traveling outside the country.

This law, if passed, is purported to aid in enforcing visa deadlines for foreign travelers who overstay.

But biometric scanning is already used for foreign travelers.

The thing is, foreign travelers entering the United States must already submit to being photographed, fingerprinted, and scanned.

Federal law requires Homeland Security to put into place a system to use biometrics to confirm the identity of international travelers. Government officials have made no secret of their desire to expand the use of biometrics, which they say could identify potential terrorists and prevent fraudulent use of travel documents. (source)

This leads to the question of why on earth Americans “need” to also be scanned.

What reasons are they giving for photographing Americans, too?

The DHS says that the new plan “would be part of a broader system to track travelers as they enter and exit the United States.”

The Trump administration contends in its regulatory agenda that the face scan requirement will combat the fraudulent use of U.S. travel documents and aid the identification of criminals and suspected terrorists. (source)

Biometric systems are already being rolled out. We reported months ago that the Atlanta airport had scanning devices set up (just to help you with speedy check-in, of course) although travelers could opt-out.

When I flew into the United States last spring after taking Selco’s course in Bosnia, they had biometric scanning at Customs in the Dulles International Airport in Washington, DC. The agent said to me, “Put your face right here and don’t blink” as she pointed to a contraption that looked like something you’d see in an optometrist’s office.

“What is this?” I asked, holding up the line.

“It’s just an iris scan, ma’am. Put your face up to the device,” she answered with a barely concealed eye roll.

“I don’t consent to sharing my biometric data,” I replied, expecting at any moment to be escorted away and cavity-searched. Instead, she sighed deeply, scanned my passport, and waved me through the line.

However, if this new law passes, there will not be an option to opt-out.

The ACLU is leading the charge against this newest invasion of privacy. Jay Stanley, a senior policy analyst with the American Civil Liberties Union’s Speech, Privacy, and Technology Project wrote an excellent must-read essay resoundingly criticizing the move.

Having “your face as your passport” might be very convenient when you’re at a government checkpoint. But we don’t want to have to “present our passport” at every turn in American society, including walking down the sidewalk. If we build a system that turns our faces into passports that anyone can scan and store at any time, that’s exactly what’s likely to happen.

In short, the TSA’s desire to go all-in on airport biometrics represents an enormous further investment in a misguided approach to airline security that paves the way for future expansions in the collection and use of personal data on passengers — including insidious new forms of threat scores, security rankings, blacklists, whitelists, etc. — all without necessarily improving security…

…Identity-based security will increasingly have negative consequences, and pervasive facial recognition is both one of those consequences and a way of opening the door to others. (source)

In other words, we’re on the slipperiest of slippery slopes. For those of you who object to flying, don’t expect this invasive technology to stop at airports.

The government promises to delete your photos.

I guess we shouldn’t worry. After all, the DHS promises your photos will be deleted after 12 hours.

A spokesman for U.S. Customs and Border Protection, part of Homeland Security, said there would be a chance for the public to comment on any change in regulations.

In a November 2018 report, Homeland Security said facial recognition is the best biometric approach at borders because it can be done quickly and “with a high degree of accuracy.” The agency said privacy risks “are mostly mitigated.” Photos used to match Americans to their identities are deleted within 12 hours, according to the report. (source)

At least the risks are “mostly mitigated.”

Of course if your photos are deleted after twelve hours, how are those same photos used to confirm it’s really you when you leave or return? I don’t know about you, but when I leave to or return from a vacation, I’m generally gone for more than twelve hours.

As for a refresher on the government’s promises:

Jay Stanley, a policy analyst for the American Civil Liberties Union, said the government has told the public and Congress repeatedly that American citizens would be exempt from mandatory biometric screening.

“This new notice suggests that the government is reneging on what was already an insufficient promise,” Stanley said in a statement. “Travelers, including U.S. citizens, should not have to submit to invasive biometric scans simply as a condition of exercising their constitutional right to travel.” (source)

The US government has had numerous breaches in protecting personal information.

Sen. Edward Markey, D-Mass., said Tuesday he will introduce legislation to block the plan and prohibit U.S. citizens from being forced to provide facial-recognition information. He said a recent data breach at Customs and Border Protection shows that Homeland Security can’t be trusted with the information. (source)

There was also the data breach that exposed the personal information of 21.5 million federal employees and the Obamacare data breach that compromised the medical privacy of 75,000 people. In fact, there have been tons of breaches. A list from Digital Guardian notes the ten biggest GOVERNMENT data breaches of all time:

So don’t worry, I’m sure your biometric information and photos will be perfectly safe with the Department of Homeland Security. Because remember, the problems are “mostly mitigated.”

It won’t be long before facial recognition is everywhere.

We’re getting to the point of no return with regard to privacy. We’re so incredibly close to a Chinese-style social credit system that it’s terrifying.

Technology is being advanced at a rapid clip and ways to defeat that technology – not because you have something to hide but because it is your natural human right not to be constantly surveilled – simply can’t keep up.

We’ve got Amazon’s creepy doorbell harvesting facial recognition data from everyone in the neighborhood. We’ve got the HART database that catalogs your face, your voice, your scars, and your tattoos then uploads it to Amazon. (There seems to be a bit of a pattern with Amazon, don’t you think?) And don’t forget the unholy alliance between those DNA sites and facial recognition technology.

As well, don’t forget about the rise of Real ID drivers’ licenses. In many states, you can’t even enter a federal building without one. Don’t be surprised when they become mandatory instead of optional.

This isn’t something that only affects travelers.

A lot of people will read this and say, “That’s why I don’t fly anymore.” But that doesn’t make you safe. The same technology will be coming for you, too.

It reminds me of that quote from Martin Niemoller:

First they came for the socialists, and I did not speak out—because I was not a socialist.

Then they came for the Jews, and I did not speak out—because I was not a Jew.

Then they came for me—and there was no one left to speak for me.

This is something that affects every American.

What do you think about the expansion of facial recognition technology?

Are you concerned about this rapid expansion? What do you think is next? Do you have any thoughts about ways to protect yourself from some of the invasive technology? Please share your thoughts in the comments below.