Continuity Planning: Prepping Your Small Business to Survive a Crisis 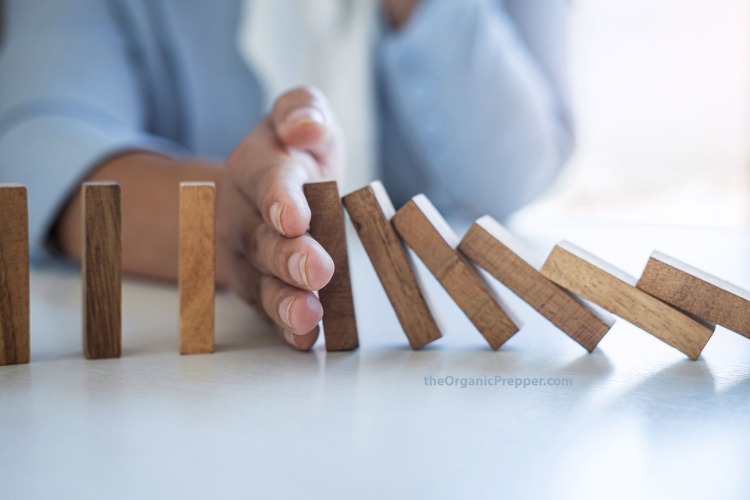 After what we have experienced, individually and on a global level, it should have become evident that being prepared is not just something those “crazy preppers” talk about. The pandemic hit us all hard. People have suffered, and small businesses have suffered. I would take a bet that nowadays, even the average citizen has a stocked pantry. Perhaps not up to par with those who possess a certain level of preparedness. But, at the very least, a decent pantry with good, clean water access.

However, preparedness in the business world is a whole different level, even for small businesses. Planning for a crisis applied to the business world is no longer something for only middle-sized or larger companies. Mom and Pops need to plan and assess the continuity of their business as well. In times of uncertainty, the last thing you need is concern about whether your small business will survive or not during times of crisis.

Venezuela was once filled with vision and sustained by hard work

My hometown was blessed back in the second half of the 50s with a foreign workers’ wave, fleeing from the misery of the Post War period in Europe. Many of them owned nothing but a suitcase and the clothes on their backs. Not even land in their original countries. They also brought a different vision along with their will to escape the misery they left behind.

Venezuela is a wonderful fertile land that people can’t even imagine they have to work to get something out of it. It was a popular saying that if you spit a seed, a fruit tree grew there. Still, people did work hard, just like the Italy-born owner of my hometown sawmill. That Sawmill was the timber source for all of our modest building needs. Many boards, 2x4s, and trimming wood were all produced and finished using an assortment of woods at the local Sawmill.

Venezuela had the most extensive human-made, “pine.” Uverito pine was made to adapt to our forest climate (hot and humid) in the country’s West part. Grown by José J. Cabrera Malo, a Venezuelan forestry engineer, and agronomist, the Uverito Forest was meant to save the Guanipa plateau. However, the forest was taken over by the state and used as “sustainable” exploitation. Today this forest is threatened by fires and the lack of government funding. Without the proper planning, that industry could be in for a devastating impact.

What happened to the sawmill and the Italian migrant?

With a great deal of hard work, this man started and kept his timber wood operation going up until just a few years ago. He even bought himself a Harley Davidson Motorcycle. Venezuela was different then: hard-working people could succeed.

Sadly, along with crashing his bike, the economic crash took its toll on him and his business. Being injured and having medical bills to pay while the money was going out, but not coming in, made it impossible to keep the sawmill running.

No Bueno. He’s a fellow biker, and although I haven’t seen the man in years, I can almost feel his pain. While only some details were discussed as to why he and his family could not keep it going, I would say that not being prepared for his injuries and not having a plan for when the SHTF affected this regrettable situation.

Sometimes outside forces are so large that you can’t avoid them. But that doesn’t mean you shouldn’t have a plan already in place. To do that, let’s categorize the possible events that could disrupt and affect a business’s continuity and the severity of each.

If you own a business, assess all of these events to create a plan if you don’t already have one, or adjust the one you have. An effective business continuity plan will help ensure that critical business functions can be performed during emergency events.

You will want to include:

It is a good idea to involve employees and listen to their suggestions. It can be good for their morale, especially if things take a long time to get back to relative normality.

What happens when SHTF and I am prepared but not prepared for that?

I prepared professionally for heavy industry. The tools and heavy equipment needed to run a fully independent business in my country were impossible for me to acquire. The training alone was expensive. The required equipment for a decent setup would be in the range of 25.000 to 30.000$. Something almost impossible in Venezuela for an employee.

My life would now be very different had I been able to run my own business. If I had made a different plan and expected the worse but planned for the best, it would have been different as well. Yes, I have regrets.

Rather than being here, in the middle of Lima (where incomprehensible laws are enforced, no one is allowed to grow food on their own lawn), I could be home, running my own business, or even running someone else’s.

Instead, I write this while staring at a Turkey (on the terrace) and the rooster next to him that wakes me at 3 AM. Again. Yes. I have regrets.

The bottom line is, get prepared before it’s too late

A real war is taking place under the apparent calm of the surface, and we have to be aware of that. It may have even reached the surface, and some are still are not ready. What is stopping you?

We are sovereign beings. Free people. As a free person, you should have the right to grow and produce needed items on your property. That’s it. No questions asked. Local authorities should not have the right to impede upon any of us in the ways they do. By doing so, they are weakening the entire fabric of society, thread by thread.

It is time to fight back. Start fighting back by getting prepared. It’s never too late.

Thanks for your reading!

Please, take care, and be safe.

Have you been able to keep your business running throughout the lockdowns? Do you have any advice or experiences to share? Let’s talk about it in the comments.