Calories in a Bug-Out Bag: How Many Can You Really Fit? 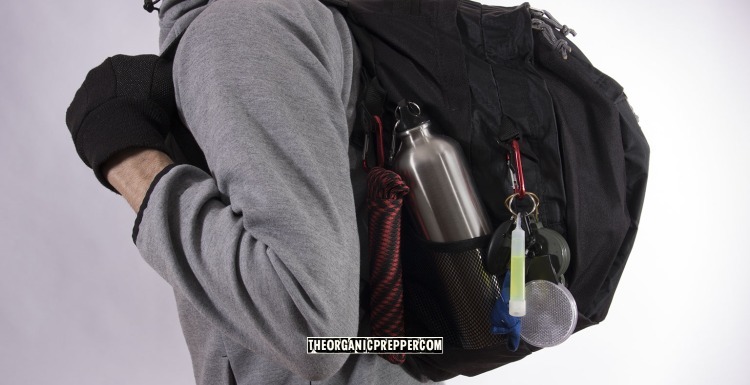 Author of The Faithful Prepper and Zombie Choices.

I’ve been thinking a lot about bugging out a lot lately, and on my backpacking trips, it is both food and water that serve as my limiting factors. Without those two variables, I can no longer stay out in the mountains. Within a bug-out situation, you’re going to face the exact same predicament. Your goal here is energy to last longer, so the question is, calories in a bug-out bag: how many can you really fit?

Without food, you starve.

Without water, you dehydrate.

So if we’re going to be building bug-out bags, we need to be doing so with the understanding of what the logistics are here. What is the length of time we can reasonably assume that we’ll be able to survive out in the woods?

I think the best way to get a good idea of what this number will be is to test your gear. If you don’t test it, you’ll never know what it is capable of, nor where its weaknesses lie.

You can definitely build a bug-out bag on the fly,  and should know how to do so (I mean, it kept the characters alive in the CDC’s zombies comic), but I don’t think there’s any arguing over whether or not having gear at the ready is a better course of action here.

How big is your bag?

The first variable we need to consider is the size of your bug-out bag. Obviously, bigger bags enable you to carry more calories. If I knew for a fact that I was going to be living out in the woods for an extended period of time and had plenty of time to get from my house to my off-grid destination, I’d be taking my designated backpacking pack.

There would be no question about it. I’d be able to take all of the essential gear I want, and beaucoup calories. The pack is huge.

However, the traditional bug-out bag typically looks like a standard backpack. So for this test, that’s what we’re going to check.

How many calories in a bug out bag?

This is a bag that you’re liable to have in your office, the trunk of your car, or right beside your nightstand. It’s within easy access, is relatively inconspicuous, and will carry a suitable amount of goods.

I also assume here that you’re not bugging out alone. If you’re married, odds are you’re taking your spouse with you, right? (If you criticized her cooking the night before, she may leave you to fend for yourself against zombie robots though.) So let’s assume that not only do you have yourself to think of, you have a spouse as well. Your gear will reflect that of necessity.

Gear-wise, what I have in my bug-out bag is:

But how many calories can fit in a bug-out bag?

I tore my BOB apart and stuffed every little nook and cranny I could find with extra calories. My bag is 40L, just to give you an idea of the volume. By the time I was finished, stuffing as many calories in a bug-out bag as I could, I could barely get some of the bag’s zippers to work.

When it came to food, here’s what I was able to stuff in there:

These were all foods I’ve found to be good backpacking meals that will keep you full and satisfied after a long day of traipsing about through the woods. And all in all, it came out to 9960 calories. That’s a fairly reasonable estimate of how many calories you can fit in a bug-out bag.

Let’s just assume that the 2000 calorie/day recommendation is enough to keep you alive out there (a number that I think is drastically too low). This means by yourself you can maybe stretch it out to five days with your standard BOB of food. More realistically? You’re looking at three days. Three days is all the time that your BOB is going to buy you. If you’re going to be bugging out or taking The Long Walk Home from a business conference after an EMP, that’s what you can expect to do.

“But wait! You said this was a BOB for a couple!”

“Wouldn’t your spouse have a BOB too? Surely, it would have more food in it!”

With two people present, you can pack quite a bit of extra food with you. The second person still needs to carry their water, sleeping bag, sleeping pad, weapon, ammo, and such, but they’ll still be able to carry a considerable amount of extra food. Whether you think this is foolish or not, I didn’t put a tent, water treatments, hygiene kits, and some other kit in each bag. The husband shoulders the load for his wife.

Yeah, if the husband’s bag is lost, you’re screwed, but I view it the same if you’d been going solo. If I lost my BOB while out solo, I’d be screwed as well. I’m aiming for as much food as possible here instead, seeking to give two people an extended leave from hunger.

So, grabbing another nearby BOB, I tested how much food I could shove in there along with other survival goods.

I was able to stuff in:

As you can see, that’s an exponential increase over the “base” BOB. That means with two people present, you would have 27930 calories with you. Again, let’s assume the lowball figure of 2000 calories/day/person. That would mean roughly 14 days’ worth of calories for a single person. One man isn’t going to be packing two BOBs with him though, and so we’re looking at about a solid week worth of food with these two peoples’ packs.

So, what’s the bottom line? How many calories in a bug-out bag?

For starters, we know that we really can’t expect to spend much time out in the woods at all if it’s a solo trip. Bringing a second person along with their own bag of gear and food does buy both of you a bit of extra time, but for anything longer than a week you’re going to have to give some serious thought to food procurement.

What are your thoughts on the situation though? If you really stuff it, how many calories in a bug-out bag can you depend on? Are there other variables to take into consideration you’d like to add? Do you think this gives a fair logistical analysis of the traditional bug-out bag? Let us know in the comments below! 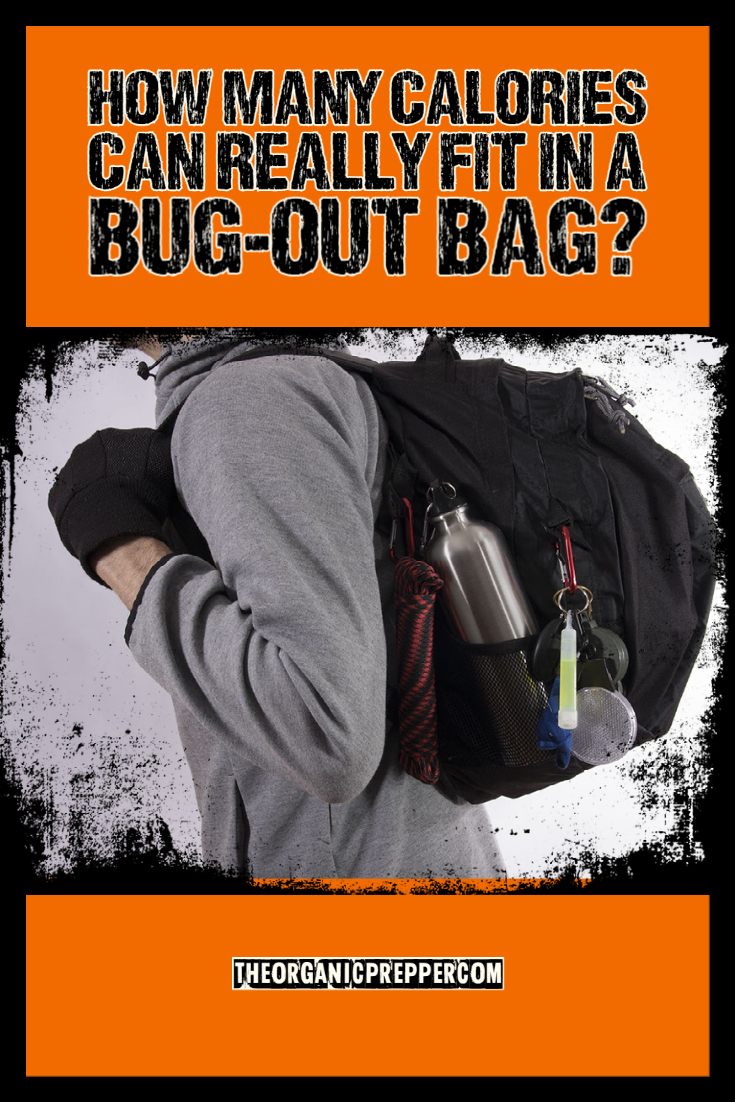