Brace Yourselves: A 163% Meat Tax Could Be Coming 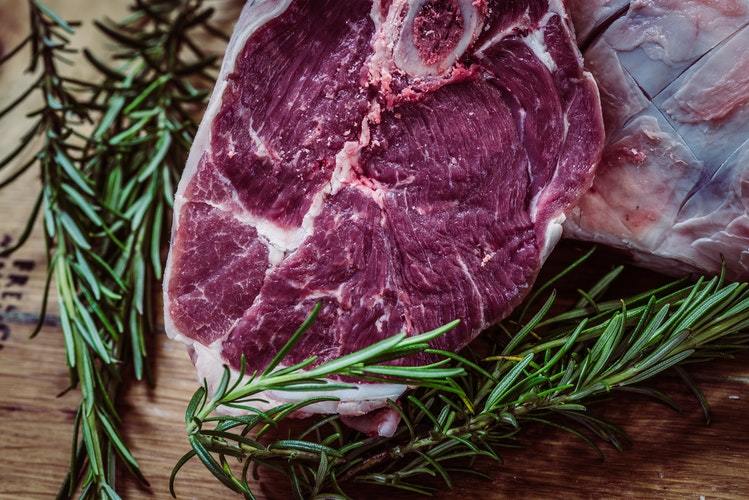 How would you like to pay a 163% meat tax every time you want a steak or a burger? What about when you want some bacon with breakfast, or when you’re craving a ham sandwich?

After much talk, economists and so-called health experts have finally decided what’s best for society: no steak for you!

Do you think you and your family deserve an extra tax for having a steak every now and then? Well, brace yourselves…because social taxes are what’s for dinner.

Remember when smoking was the only socially engineered target of government health nannies? Then fat, then sugar, then caffeine and now even soda.

The American public has been encouraged to gorge themselves on decadent, calorie-rich food for decades. Now people are being watched with microscopes and being shamed for doing just that. Or rather, for enjoying themselves occasionally because who can even afford steaks now? After all, you are responsible for other people’s healthcare costs.

It looks like the “experts” have finally figured out a way to remove your steak right out from under your forks. By inflicting yet another sin tax on the individual and making lifestyle choices more akin to the austere, Big Brother commands in pure Orwellian 1984 style.

Are you ready to get ascetic?

I didn’t think so!

Why a Meat Tax?

A study published this month states:

Based on the broad correlation that meat equals death, they calculated “optimal” tax levels to curb meat buying or rather, offset soaring healthcare costs that are caused by the Big Pharma/insurance racket.

Last week, a report by University of Oxford academics calculated supposedly “optimal tax rates” on red meat (lamb, beef and pork) and processed meats (sausages, bacon, salami etc.) For the U.S., the recommend rates were as high as 34 percent and 163 percent, respectively. Such taxes, the report claims, could save 52,500 American lives per year.

[…]This research suggests, unbelievably, that 557,000 deaths per year in the U.S. are caused by red and processed meat consumption – over 20 percent of the total. One of its authors has previously suggested everyone must eventually go vegan.

In other words, rich people can keep their steaks, let others eat cake. (Does it sound like this is going to tackle real health issues?)

Bourne notes, “In his 1937 book The Road to Wigan Pier, George Orwell commented that the poor eat “an appalling diet, but the peculiar evil is this, that the less money you have, the less inclined you are to spend it on wholesome food … You want something ‘tasty’.'”

It seems the experts already know this. Phys.org reported in September:

Eating meat is a symbol of power and status, and those who see themselves as having lower socio-economic status prefer meat, and eat more meat, due to this perception, according to new research from Monash University and the University of Technology Sydney (UTS).

These two reports just happened to coincide? And the poor are being punished for their unconscious desire for protein (and power apparently)?

It is unclear if these reports mean an actual law is in the works, but it’s definitely a sign of things to come.

According to Alan Watt, the 1980s book The Third Wave by Alvin Toffler discloses the future agenda to move the world towards veganism, whether they want to or not.

A sin tax or a healthcare tax or a “lifestyle tax” punishes the consumer, usually for something innocuous that they enjoy. It doesn’t help the economy and it doesn’t help increase health. It just makes everyone miserable and poorer. It makes certain people richer and all of it royally puts the screw to hardworking people.

And let me repeat, it doesn’t help the economy!

It may bring in lots of revenue for a few, but a sin tax does not help the economy because people like their little life’s pleasures, especially when they’ve been robbed of big pleasures due to a parasitical government tanking the economy and robbing people blind.

What usually happens is people go to great lengths to get their vices. They even cross borders and send their money to other states or countries. They start making things and selling them in the black market.

Deep down, people know they are getting the shaft. They would just be paying more (punished) for something they enjoy. It’s a double standard that the government should capitalize on the very behavior that they deemed immoral.

Let’s not forget that there is also a lot of personal cost incurred from health problems. It’s not all covered by others.

The Fat Tax That Quickly Got Lipo’ed

A perfect example of a failed sin tax was when Denmark decided to enact a “fat tax” on junk food in 2011. Chocolate, potato chips, cookies, shelf-stable pastries, and the like. It was heralded as a great plan to finally cut obesity rates and extend life.

It was a big fat flop.

Sure, it changed consumer buying habits. Most of them hopped the border and flooded Germany and Sweden with their cash and found out their goodies were cheaper there anyway. The Danish government banished the tax within one year. Smokers do the same thing with nicotine. Instead of hopping borders, they just find other ways to enjoy nicotine.

These taxes usually always fail even when industry scientists tell everyone the tax curbed a “bad behavior.” What they are probably seeing is more of an economic deficit than a change of heart.

People don’t respond well to being punished into their veggies. It’s hard enough to “eat right” as it is. Who wants to be punished into having nothing? It doesn’t make psychological sense and diets are a proven failure for similar reasons.

Another thing that happens is the behavior never stops, so the health nuts of the world pay the full brunt of healthcare costs for the ones who don’t care for themselves, and then they also get taxed should they partake of the devil’s food. Ineffective social costs for everyone!

What Would Be a Better Way to Increase Health in America?

There are all sorts of ways to get Americans to care more about their health and none of them include sin tax and punishment.

Silly Government…Taxes Are for Kids?

The government should learn by now that they cannot legislate social behavior. But, this, my friends is probably part of the bigger plan. By pricing people out of their periodic pleasure, it gets them used to the idea of not having it when the item is finally permanently removed like a blanky or a pacifier.

So actually, the meat tax itself IS part of the social engineering plan.

The greater question here is why are all the health studies, economists, and sustainability fanatics trying to get people to live off of so little? Few calories, no meat, little protein, less consumer goods, tiny spaces, cheap clothing, and don’t even think of having a real hot shower! You’re a total Hitler for using a straw at a restaurant because the Great Pacific Garbage Patch is all your fault and you must be socially aware at all times, even when you’re trying to have fun.

Sort of sounds like Agenda 21 or Agenda 2030 psycho-babble doesn’t it? You know, that plan where all the land, water, animal and crop resources will go to a few, powerful controllers? Hmmmm….

Are taxes on health behaviors warranted? Why or why not? What do you think of a meat tax? Sound off below!