How to Become “Anti-Fragile”

I have a little fantasy which I’ll tell you about it in a moment. First, let me digress to an article I read several years ago. I regret I don’t remember enough details to do an internet search on it, but here’s the gist:

A man committed some sort of misdemeanor crime. He retreated to his rural home and stubbornly refused to appear in court. Rather than instigate what could easily become an armed standoff, authorities informed the man he would be arrested the moment he set foot off his property.

And yet – he and his family stuck it out for TEN YEARS. For ten years, they were entirely self-contained and made no outside trips at all. After that ten years, the authorities apparently decided the man had been sufficiently “punished” for whatever crime he committed, and lifted the injunction. Then, and only then, did he emerge from his self-imposed exile.

I must admit – putting aside whatever misdemeanor he committed – I have to admire this guy. I’m not saying those ten years were easy or fun. I don’t know how close he or his family came to starving. I don’t know what kind of untreated medical issues they had to deal with. I don’t know how they handled laundry or other sanitation matters.

But they made it. They survived. Whatever your views on this fellow’s shenanigans, you have to admit it was a neat trick.

How does this relate to my fantasy?

Wouldn’t it be something to be completely self-contained for ten years and still manage to stay alive? That said, I’m afraid it will remain a fantasy. I’m currently 58 years old and my husband is 63. We’re in excellent health, but our peak strength is behind us. So, in lieu of being able to self-isolate for ten years, we’re concentrating on becoming anti-fragile instead, a far more achievable goal.

I found the term “anti-fragile” in an American Thinker piece entitled “How to Fight the Woke – and Win” in which the author stated, “In war, you must always secure your supply lines. One of the Woke’s most powerful weapons is economic pressure, so take that away from them as much as possible. Being anti-fragile will allow you to stand firm when you need to speak the truth.”

The fear of losing everything is very real.

Between the pandemic, potential food shortages, social unrest, and possible economic collapse, we are living in uncertain times. Many people are terrified of the cancel culture, which essentially is a cult of bullies. It’s hard to speak up or fight back when doing so could destroy everything you’ve worked for – your job, your business, your career, your home, your family’s security, even your physical safety.

“My husband has been dealing with this at work for nearly 20 years, and yes, it has recently gotten noticeably worse,” one of my readers said. “We are brainstorming ways to increase the number of income streams that are not dependent on him having the job he currently has, because the conditions are NOT going to improve.”

There are even some warnings about the cancel culture in a cashless society.

Addison Wiggin on the Daily Reckoning wrote, “But there’s another angle to the cashless society that hasn’t gotten much attention:  What if the powers that be can ‘cancel’ people with unpopular political opinions?”

That’s why it’s important to become as “anti-fragile” as possible. The less vulnerable we are, the more we can stand tall and fight back against the bullies.

How can you become less fragile?

I could go on, but you get the idea.

Obviously these are difficult steps for many people – which, sadly, means they’ll have to continue what they’re doing (shutting up and keeping their heads low). Nor can any of this be done overnight. It takes time to pay down debt or cultivate alternate income streams.

The point is, the more you can become self-sufficient, the less people can tell you what to do, threaten your livelihood, “cancel” your existence, or otherwise bully you into submission. Becoming anti-fragile won’t be easy, but it’s a goal worth striving toward.

This is not a new concept. There’s a story about the Greek philosopher Diogenes. Another philosopher named Aristippus had obtained a comfortable position at the court of the tyrant-king Dionysius. One day, watching Diogenes preparing a humble meal of lentils, Aristippus observed, “If you would only learn to compliment Dionysius, you wouldn’t have to live on lentils.” To which Diogenes replied, “If you would only learn to live on lentils, you wouldn’t have to flatter Dionysius.”

This sums up the tactic of being anti-fragile. Maybe you can’t self-exile for ten years, but at least you can give the middle finger to the cancel culture. 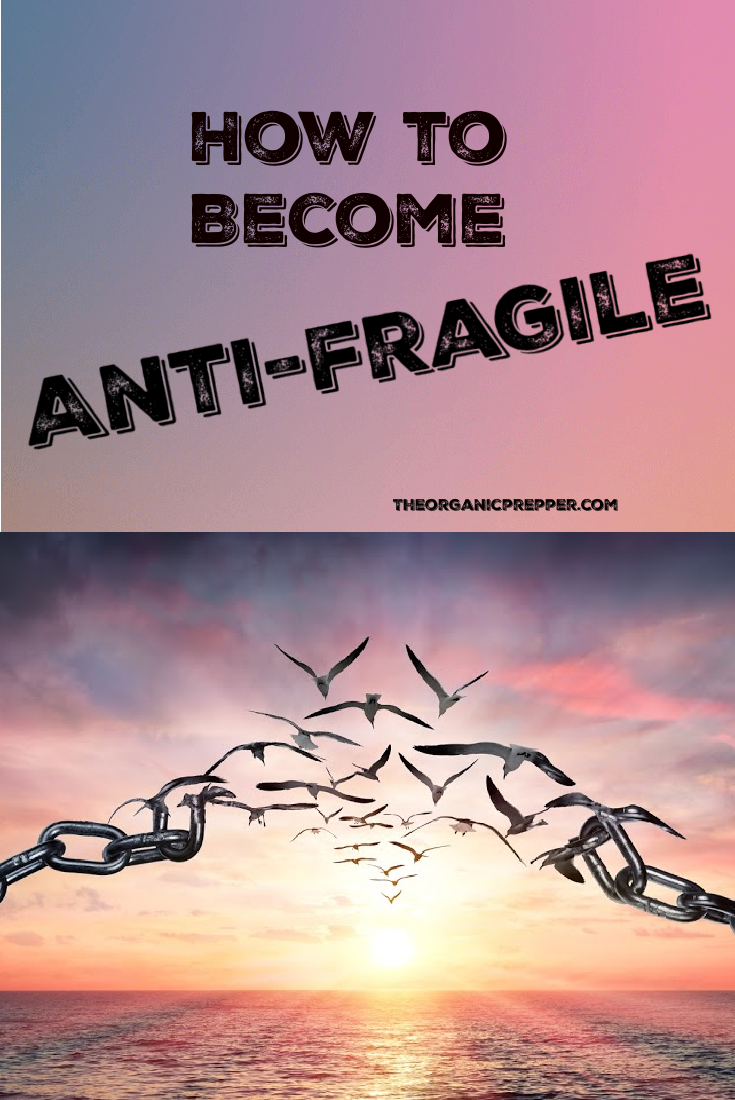 How Many Times Are the “Facts” About COVID Going to Change?

The Supply Chain Is Broken and Food Shortages Are HERE

College, Prepping, and COVID: What Students Should Have, Know and Do