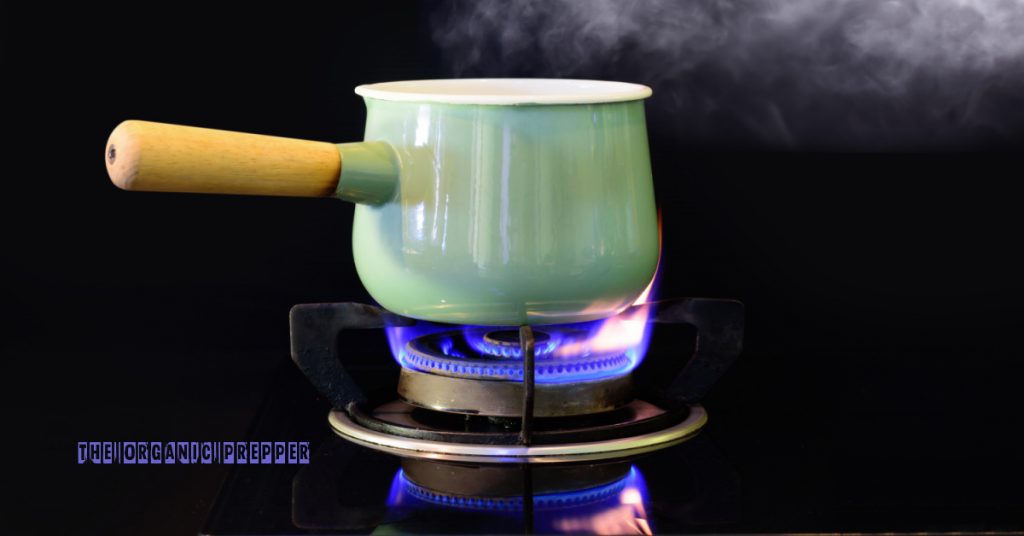 How about a side of government overreach with your dinner? That will be the case if a certain federal agency has its way, because they want to ban that gas stove in your kitchen ASAP.

Of course, it’s for the children.

The hullabaloo comes after a peer-reviewed study in the International Journal of Environmental Research and Public Health attributed more than 12% of current childhood asthma cases in the United States to the use of gas cookstove.

Here’s what the government has to say.

It all started with a report by the US Consumer Product Safety Commission that condemned the use of gas stoves in your kitchen and promoted the use of electric stoves as a safer alternative. Bloomberg reports:

Natural gas stoves, which are used in about 40% of homes in the US, emit air pollutants such as nitrogen dioxide, carbon monoxide and fine particulate matter at levels the EPA and World Health Organization have said are unsafe and linked to respiratory illness, cardiovascular problems, cancer, and other health conditions, according to reports by groups such as the Institute for Policy Integrity and the American Chemical Society. Consumer Reports, in October, urged consumers planning to buy a new range to consider going electric after tests conducted by the group found high levels of nitrogen oxide gases from gas stoves…

…The US Consumer Product Safety Commission plans to take action to address the pollution, which can cause health and respiratory problems.

And what would that action include? Welp, right from the horse’s mouth, banning the appliances.

“This is a hidden hazard,” Richard Trumka Jr., an agency commissioner, said in an interview. “Any option is on the table. Products that can’t be made safe can be banned.”

It isn’t clear whether the potential ban would apply to stoves already installed in homes or if you just wouldn’t be able to purchase a new one.

And, another clean energy group would really like to get rid of all gas appliances.

“There is about 50 years of health studies showing that gas stoves are bad for our health, and the strongest evidence is on children and children’s asthma,” said Brady Seals, a manager in the carbon-free buildings program  at the nonprofit clean energy group RMI and a co-author of the study. “By having a gas connection, we are polluting the insides of our homes.”

Nearly 100 cities in the United States have gotten on board with the move away from efficient and economical natural gas. Bloomberg summarizes:

The New York City Council voted in 2021 to ban natural gas hookups in new buildings smaller than seven stories by the end of this year. The California Air Resources Board unanimously voted in September to ban the sale of natural gas-fired furnaces and water heaters by 2030.

It’s ironic that we’re regularly being asked to reduce our use of electricity while the powers that be want to force us to switch to totally electric homes and electric cars. In the very likely event of rolling blackouts, people would not be able to cook, heat their homes, or charge a vehicle to go someplace with power. But hey, if you care about the planet, you’ll happily suffer for it, right?

Of course, Congress has gotten involved, deeming the problem of gas stove pollution to be not only a threat to the climate and the children but also racial in nature. A letter was written to Alexander Hoehn-Saric, the Chair of the U.S. Consumer Product Safety Commission:

These emissions can create a cumulative burden to households that are already more likely to face higher exposure to both indoor and outdoor air pollution. Statistics show that Black, Latino, and low-income households are more likely to experience disproportionate air pollution, either from being more likely to be located near a waste incinerator or coal ash site, or living in smaller homes with poor ventilation, malfunctioning appliances, mold, dust mites, secondhand smoke, lead dust, pests, and other maintenance deficiencies.

The members of Congress recommended the following steps, which surprise, surprise, will result in costly regulations:

This isn’t the first time that environmental agencies have tried to intrude on day-to-day life.

Similar ideas have been floated in the past and then visibly abandoned due to public outcry. Remember when the EPA wanted to make most wood stoves illegal? Or when HUD wanted to disallow tiny home living?

I say “visibly abandoned” because while there isn’t a lot of movement on those two things on a federal level, smaller areas have moved incrementally toward enacting these plans. New York state has put all sorts of restrictions on heating with wood, and the Bay Area in California has disallowed wood stoves and wood-burning fireplaces in new homes.

There are cities all over the country with a habit of quashing tiny homes due to “zoning” implications. Each municipality has different rules on tiny houses and RV living, making it a minefield to be navigated for the hopeful resident.

This is just to say that a mandate doesn’t need to be federal to cause problems for us.

Do you have a gas stove in your kitchen? Is it part of your preparedness plan? Do you feel that it is a risky addition to your home? Let us know your thoughts in the comments section.