How to Deal with Rolling Blackouts: Notes from South Africa 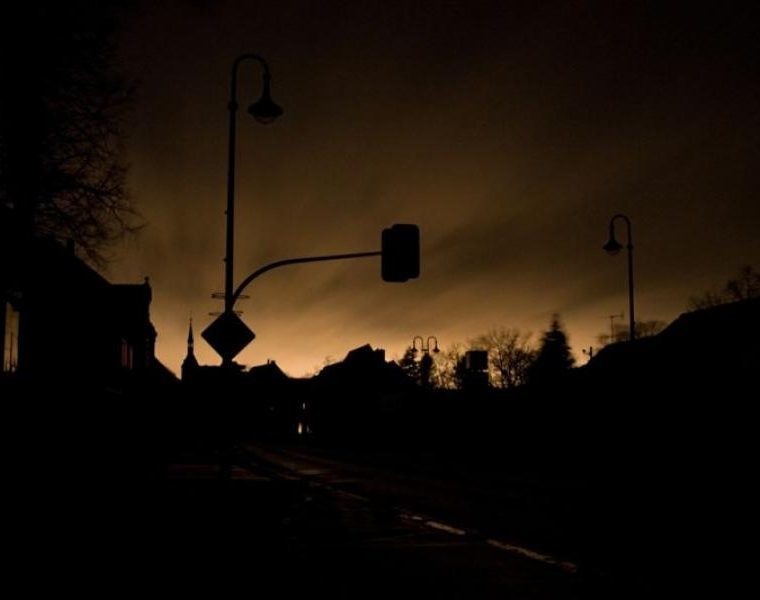 Editor’s note: By now, just about everyone has heard about the difficulties occurring in South Africa. The violence is palpable, the corruption is an everyday fact, and utilities such as water and electricity are no longer a given. Not only that, but the cost of these utilities has become prohibitive, so conservation is a necessity. Backup power, such as solar or generators, have become a necessity for many families.

Now people in California are dealing with rolling blackouts due to PG&E’s new policies during wildfire season.

In this article, a regular reader from South Africa shares some of the tips for starting out with generators and backup power that have made it easier to deal with the continuous rolling blackouts and outrageous prices for electricity.  ~ Daisy

Living in South Africa we have had our share of rolling blackouts nationally. The cause: nefarious activities. The result being us forced to find ways to ensure we are not affected as badly.

The problem is better now, but it has highlighted that it is not just a South African problem, but in actual fact a Western world problem. We all are totally reliant on a massive aging infrastructure that can come tumbling down like a house of cards, with or without help.

Another problem is the cost to keep the national system operational. In some areas, it is not a priority to resolve the regular failures.

For getting started with backup power, remember that NEEDs vs WANTs –  a huge price difference.

What is also good to know, when the power goes off, switch off your distribution board, leaving just the light plugs on. When the power comes back on, lights come on, wait a few minutes for the grid to stabilize, before switching things on. We have lost computers, internet modes, freezers/fridges, alarm systems etc, damaged when the grid goes off and back comes on. UPS’es have the best protection for this.

How does one solve the issues from frequent blackouts?

Here are some pertinent notes from my own experience.

Right, now that you have a few notes to consider, here are the rules that we have found important when using backup power like a generator.

Needs are much cheaper than wants, like you WANT to power your entire house during a power failure, or do you just NEED to power very selected devices like a fridge, lights, cell phone chargers?

The second rule: Know your loads and runtimes and match the batteries to that.

The higher the load, the longer the runtime, the shorter the batteries will be able to power it.

Choose your loads with wisdom. Do you need it, or want it?

And switch off that which is not used.

Older fridges have a very high start-up current. For them, you need a larger inverter.

Kettles, stove, and heaters, also need a big inverters. They just use a lot of power.

The question you need to answer: What do you NEED?

What you need to know about batteries

The most common problem with batteries is that we are not aware that batteries are not a limitless source of power. IT is a chemical reaction that must be used within the manufacturers design specification.

Lead Acid batteries, although they say like 200ah, or 100ah, in real life, only has half the capacity available, if you want to use it for a long time.

What is not common knowledge are the “cycles” at a certain Depth of Discharge (DoD) a battery is designed for. If you exceed that, the batteries life is dramatically shortened. Either get more batteries or lower the load.

How do you know the DoD of the batteries?

Never use volts to determine the State of Charge (SOC). It is extremely inaccurate and difficult if you want to do it right. If your batteries are important, and they are as they cost the most, then it is a good idea to invest in tried and tested piece of equipment like a Victron Battery monitor, to ensure you stay within the design limits of the battery/batteries you bought. Here: https://www.victronenergy.com/battery-monitors/bmv-700

And then you get batteries and batteries. Not all batteries are deep cycle, even if the label says so. Batteries designed specifically for Solar off-grid use are the best buys for long periods of no power. They are in the 200ah ranges, 6v or 12v.

If there are short infrequent interruptions, save some money and buy the ‘Deep Cycle’ (they are not) Leisure type batteries. They tend to be 100ah or 105ah ranges, 12v batteries. Designed for UPS’es and or weekend camping.

Rule of thumb: Any inverter must not be used for extended periods of time at more than 80% of its rated power. They will work, but under constant strain.

Types of inverters for backup power

Modified or Square wave inverters may cause a buzzing on your stereo system, LED lights may be affected, sound system gets a buzzing noise.

And you can have a problem running fridges / freezers on them, as those devices prefer a pure sine wave inverter.

Many off-the shelf low cost options are available, from small to larger, and they are not too expensive compared to pure solar inverters. And they have a lot of protections built in.

With 2 up to 8 x 100ah batteries, a UPS will be good for a number of hours depending on your loads.

Easiest and most cost effective solution for intermittent power failures, even long term ones.

Invest in a pure sine wave on if the outages tend to be longer than a couple of hours.

Option 2: Generators – for longer outages instead of batteries.

UPS can carry the first while and when the batteries get to 50% DoD, instead of more batteries, consider a good quality diesel generator to re-charge the batteries and continue to power the load.

A point to investigate is how to use that liter of fuel used optimally. The higher the load the better the fuel is energy is converted.

Really cheap generators are not advisable. They can affect electronic equipment, buzzing on LED’s, speakers etc. and the really cheap ones can actually damage your equipment over time due to unclean power they can produce because of cheap voltage regulators.

A good quality generator with all the protections built in with a good voltage regulator is the best investment you can make for larger loads and extended outage, with recharging, over shorter periods of time where the cost of a larger battery bank is not viable, or there is no other option available to re-charge the batteries.

Power failures, what is that? And you save a lot of money afterwards IF YOU DO IT RIGHT.

The higher the load, the bigger the inverter, the larger the battery bank (and always 48v), the more panels you need.

And solar off-grid system are cheaper, but you may still need a generator, depending on how much sunlight you have where you live.

It is more complicated, costly, but when done right, you can become totally self-reliant.

Best of all worlds:

Then focus on a pure sinewave UPS, you not only spend less, but they have more protections built in.

You can use your utility to re-charge the batteries, as is, no problem.

If there are extended outages, some UPSs can accept generator charging.

Or do it in stages:

And once you have settled, know your loads, the upgrade to a pure sine wave solar inverter that can accept generators, solar power and utilities, all in one.

Having a smaller portable UPS, small enough battery bank, solar panels and MPPTs that are all easily movable also means if one needs to move, that the system can be taken with.

So keep it small and simple, NEEDS and not WANTS, and keep it portable.

Alternatively, you can make that your first system your training system/portable system, then upgrade the home system if you are getting regular disruptions in power. 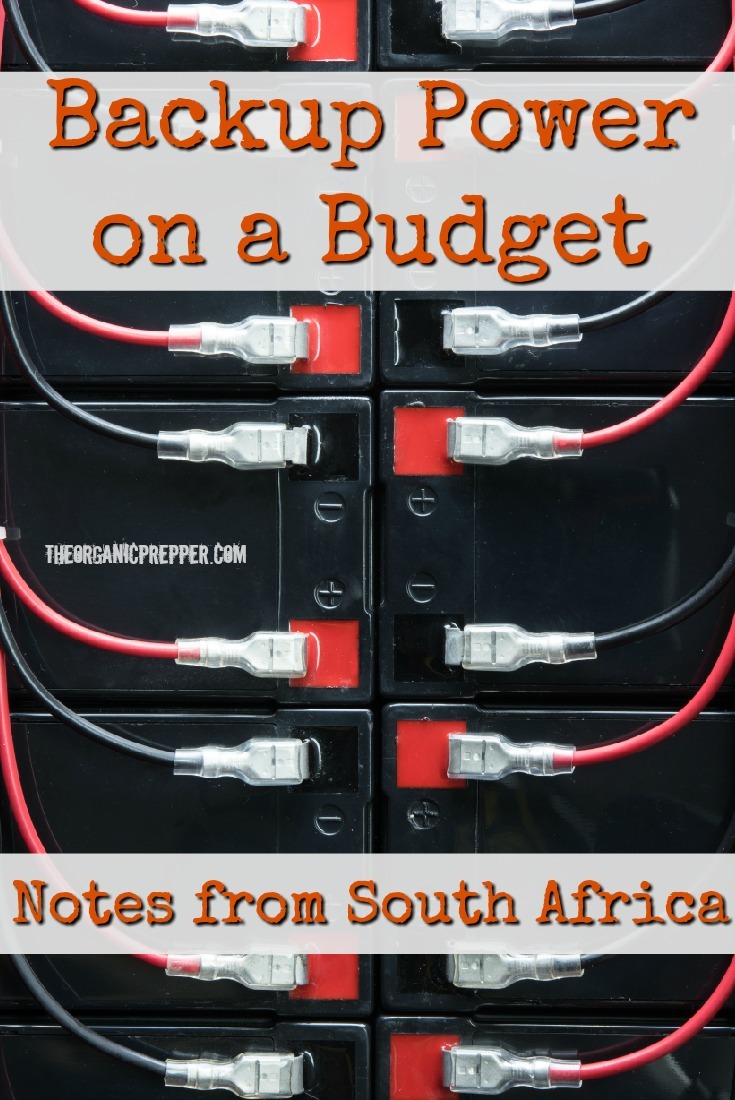