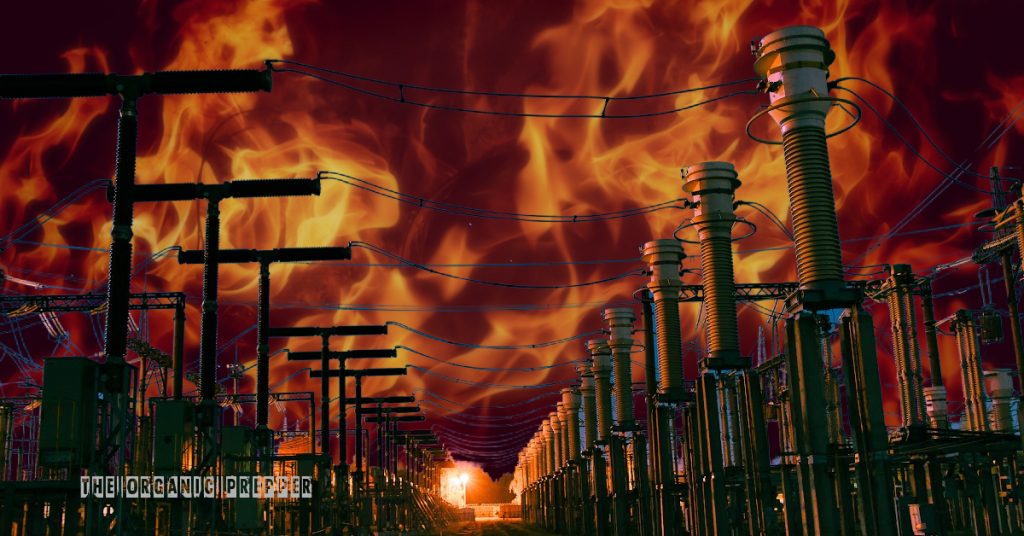 Last week a solar plant in the Las Vegas area was damaged when a man rammed his car through the gates and then set it on fire. He’s now facing terror charges. This is only one in a recent string of attacks on the energy infrastructure.  Let’s review what’s happened in the past three months.

This is a lot of attacks in a short span of time.  And the above is a summary of what we know.  There are still a lot of unknowns here.

Who’s behind it all?

Within the government, law enforcement communities, and mainstream media, there is a widespread assumption that these attacks are related to white supremacist groups.   Several small groups of men with ties to white supremacist groups have been arrested in the past two years for plotting attacks similar to the ones that actually took place, especially the attack in North Carolina.

In the OP article, Mike discusses how the current theory regarding the Moore County substations is that it was some kind of protest about a drag show in town.  It’s possible—but nothing has been proven, no one has been charged, no arrests have been made, and no one has claimed responsibility.  Terrorists often claim responsibility; that’s usually the point, so they can make their message public.

Greenwood and Crahan, the men charged in the Christmas Day vandalism, have not been linked to any groups so far.  And somehow, I doubt a man named Mohammed Mesmarian is a white supremacist, though I could be wrong.

A lot going on right now is unexplained.  So far, no one has been charged with the fires at food processing facilities, either.  Many of them were accidental, but not all.  I guess the federal agencies have been too busy making sure no one is subjected to political incorrectness on Twitter to find out what’s going on with actual, physical destructive crime.

Crime, in general, seems to be increasing.

Then, of course, there is the amount of cybercrime.

We still don’t know whether or not the FAA system outage that caused an air traffic nightmare on Wednesday was deliberate or not  But we do know that the Colonial Pipeline attack was hacked last year, disrupting fuel supplies along the eastern seaboard for a week.

My neighborhood has been affected a lot by increasing crime over the last three years, and while part of me wishes there was one boogeyman to blame for everything, right now it seems hard to pin these problems on any one thing.  There doesn’t seem to be anything solid to react to.

Are you prepared for grid-down scenarios?

All we can do, unless we work for law enforcement agencies, is be proactive in preparing for power outages.  If you don’t have some kind of plan in place to be without electricity for an extended time, start thinking about it.  Think about the biggest draws on your electrical system.  Because most of my appliances are propane, my well is my biggest draw, which is why in the summertime I keep a large amount of water on hand.  In the winter, when I’ve got snow on the ground, I worry less.

But plans will look different for everyone.  It really depends on what most of your appliances use and your climate particulars.  If you only have electric appliances, you need to think about backup generation.  Solar happens to be popular in my part of the country but I don’t know how well it would work in places like New England or Minnesota.  Start researching now.

Natural gas and propane are great, but understand how they’ll perform in outages.  My furnace runs on propane but it still requires an electric spark to kick on, which means it doesn’t work in extended outages.  Many newer appliances are like this, and you need to understand how yours work.  If you can pay for it, the whole-house generators are a great option because they provide that spark to kick on your furnace.

Get to know your appliances; most of us grew up in a country where we could count on switches to turn things on, but that may be changing.  Most of us can’t do much about the crime situation, but we can stay ahead of the curve in our ability to keep our households comfortable and functional.

Don’t be drawn into the propaganda.

And, for the sake of your peace of mind, watch your emotions in case you start slipping into the mindset of blaming one group of people or another.  If you’re spending your emotional energy being angry at neo-Nazis, or Islamic terrorists, or whoever, that’s emotional energy not being spent engaging with your children or keeping things pleasant with your coworkers.

I would love it if federal law enforcement agencies found out what was going on and prosecuted these obnoxious vandals.  I would also love it if we spent more money strengthening our grid security, but that’s just what I think.

Who do you think is responsible for this uptick in attacks on the grid? Do you believe this is intentional and organized? Do you know of any other attacks not mentioned here? And how prepared are you for long-term outages? Let us know what you’re thinking in the comments section.