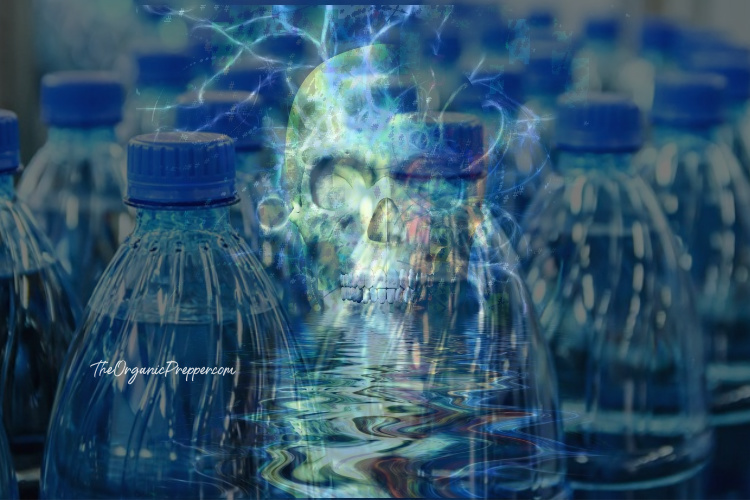 Back in April, we reported that 11 different brands of bottled water were shown to contain arsenic. Consumer Reports said that three brands, in particular, had potentially concerning levels of the toxic element.

And two of those water brands still contain high levels of arsenic.

Now, new independent testing shows that at least two brands if those brands still contain high levels of arsenic. Starkey Water, owned by Whole Foods, and Penafiel, owned by Dr. Pepper and sold at Target and Walmart, are still exposing customers to unsafe levels of arsenic.

Independent testing commissioned by the Center for Environmental Health (CEH) has found high levels of the toxic metal arsenic in Starkey Water, owned by Whole Foods, and Penafiel, owned by Keurig Dr Pepper, bottled in Mexico and sold at Target. CEH has sent legal notices to these bottled water manufacturers and retailers because the amount of arsenic in the water is above the level requiring a health warning under California’s consumer protection law Proposition 65. Prop 65 identifies arsenic as a metal that causes reproductive harm and cancer.

“Consumers are being needlessly exposed to arsenic without their knowledge or consent,” said Michael Green, Chief Executive Officer of CEH. “Customers typically purchase bottled water at exorbitantly high costs with the assumption that it is safer and healthier to drink than tap water, unaware that they are ingesting an extremely toxic metal linked to birth defects and cancer.”

Children are particularly at risk from arsenic exposure because their bodies are still developing, and direct exposure can affect mental and physical development, including lower IQ test scores and school achievement. Arsenic can even harm an unborn child asa result of exposure to pregnant women or women likely to become pregnant. Arsenic in drinking water can cause an increased risk of heart disease, including high blood pressure and diabetes. The metal is also what is known as an “endocrine disrupting chemical”, which means even small doses can wreak havoc on a human’s hormone system. (source)

It’s incredibly concerning that after being exposed several months ago, these companies haven’t made any changes and are still selling these products to the public.

As we reported previously:

We can’t rely on the government to tell us if the water is safe.

“It makes no sense that consumers can purchase bottled water that is less safe than tap water,” says James Dickerson, Ph.D., chief scientific officer at Consumer Reports. “If anything, bottled water—a product for which people pay a premium, often because they assume it’s safer—should be regulated at least as strictly as tap water.”

While drinking a single glass of water with 3 ppb of arsenic probably will not harm you, regular consumption over extended periods increases the risk of cardiovascular disease, can lower IQ scores in children, and can cause certain cancers and other health problems, Dickerson says.

Given the history of contamination in water supplies across the country, trusting officials to keep us safe just isn’t a realistic option. And, because government regulation of bottled water is flawed as well, trusting companies that produce it isn’t a great idea either.

According to documents obtained by CR, the federal government’s safety inspections of water bottling facilities hit a 15-year low in 2017, the report states:

In 2010, the FDA conducted 371 inspections; by 2017, that number fell to 209. These inspections include verifying that companies have test results on file for their products.

But records show that some companies have been issued violations by the FDA and state agencies for lacking legally required test data. The companies were required to correct the violations by a later date, records show. The FDA doesn’t conduct tests on individualized finished bottled water during these inspections, a spokesperson said, and relies on companies to produce their own results. (Imported water could be tested during routine border testing at ports of entry, however, the spokesperson said.) (source)

Over the last five years, at least 22 voluntary recalls have been initiated by bottled water firms, according to FDA records obtained through a Freedom of Information Act request, including for mold, pieces of plastic ending up in the finished product, and excessive arsenic. The FDA has never mandated a bottled water recall. However, it “has issued at least three warning letters to bottled water firms for misbranded source water labels, E. coli contamination, and failure to conduct follow-up testing for E. coli contamination when coliforms are detected,” according to CR.

“This is a huge, multibillion-dollar industry selling a product that is viewed by many consumers as safer than tap water,” says Erik Olson, senior director of health and food at the Natural Resources Defense Council (NRDC), which published a four-year bottled water study in 1999. He says that “meaningful oversight of this extremely profitable business” is needed and that consumers should be able to easily get test results online.

“These companies make a mint on basically something that’s a free resource,” says David Carpenter, Ph.D., director of the Institute for Health and the Environment at the State University of New York at Albany. “So there’s no reason that they can’t find a water source that is either very, very low in arsenic, or do the treatment themselves.”

Some of the allegedly contaminated water is being pulled, but not at Whole Foods.

Fox News reports that Dr. Pepper Keurig is pulling Penafiel from the shelves at Walmart and Target and offering customers a refund.

On Friday, Keurig Dr Pepper announced it will be withdrawing Penafiel products from shelves due to “presence of violative levels of arsenic,” a press release from the Food and Drug AdministrationOpens a New Window. stated. The products are sold at Target, Walmart and other vendors, according to USA Today. Consumers can return the products to a retailer for a full refund. (source)

But ironically, Whole Foods, which should be synonymous with…you know…healthy stuff, has refused to stop selling their allegedly tainted water.

A Whole Foods Market spokesperson told FOX Business in a statement, “At Starkey Water, our highest priority is to provide customers with safe, high-quality and refreshing spring water. Beyond the required annual testing by an FDA certified lab, we have an accredited third-party lab test every production run of water before it is sold, and our test results from the same lot analyzed by Consumer Reports show that these products are fully compliant with FDA standards for heavy metals. We would never sell products that do not meet FDA requirements.” (source)

If you purchase bottled water, we recommend you go to the company’s website to see if it publishes test results. Or, check the product label for contact information. Look for reports that show nondetectable levels of arsenic. Search the brand’s entire report for other listed contaminants.

Considering that both tap water and bottled water are subject to contamination (and we aren’t always notified) and that we certainly can’t count on government oversight, perhaps the best option is to purify your water yourself. We like the Big Berkey.

Do you buy bottled water?

Do you purchase bottled water? Do you filter your own water?  What do you think about the fact that these products have not been recalled and are still being sold?