911 Goes Down Across the Country: Was This a TEST? 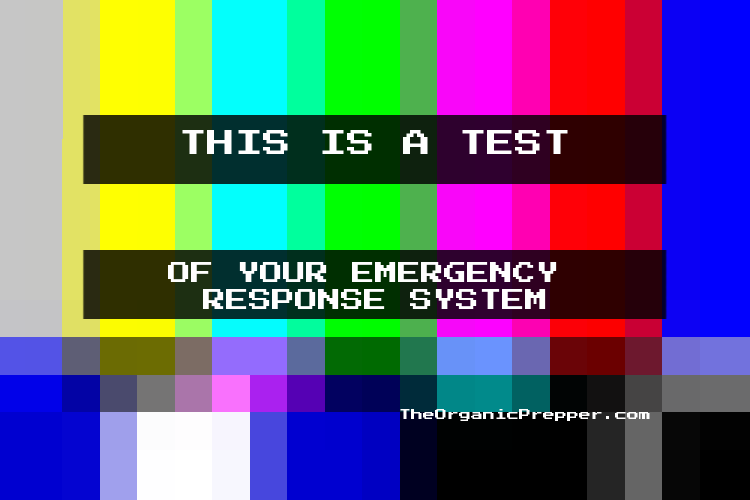 As we inch closer and closer to election day and the potential chaos that will ensue, more and more signs of a destabilization of American society that will have reverberations across the world are coming into view. Pieces of the puzzle that have been put together by writers such as myself, Brandon Turbeville, Whitney Webb, Alan Watt and many others are now seen coming together in real life. We are just a month away from one of the most simulated events in years, the 2020 election.

Both I and Whitney Webb (her articles are a MUST READ) have been writing about the coming chaos that is clearly slated to take place in November if Deep State elements have their way.

But there are more than simple “war games” and simulations taking place right now. What possibly amounts to real-world simulations, attributed to systems outages, have recently developed across the country.

911 down across the country

One such “real world simulation,” (aka test run) was reported in the U.S. Sun on September 28, 2020 in an article entitled, “911 Emergency: 911 Lines Go Down Across The US Sparking Panic As Callers Can’t Get Through To Emergency Services,” where Catherina Gioina reported,

POLICE departments across the country Monday night reported their 911 systems nonoperational – and it’s reportedly due to a Microsoft Office 360 [sic] outage.

“As of 5 p.m., City phones and emails are experiencing intermittent outages related to a larger Microsoft 365 outage,” the City of Redmond, Washington tweeted. “We are hoping the issue is resolved shortly. Sorry for any inconvenience.”

“ATTENTION: The 911 lines are not operational nationwide. This is for phone calls and text messaging,” tweeted the Minneapolis Police Department. “If you need police, fire or emergency medical assistance in Minneapolis, please call” a local number.

“We will advise when this issue is fixed,” it ended.

Similar problems continued for other police departments in the state of Minnesota.

The Minnetonka Police Department tweeted “911 lines are out nationwide. In Minnetonka and Hennepin county, you will need to call” another local number.

Minnesota’s Crystal Police Department instead urged residents to call their local fire station for help instead.

“911 is currently out in Crystal. If you have an emergency please go a fire department,” it tweeted. “They will be staffed with crews. More to follow when info becomes available.”

The issue was likewise felt in Delaware, where the Delaware State Police asked people to call a local number.

“Delaware State Police Dispatch Centers are currently experiencing a state wide interruption in service,” the dispatch center said in a statement. “Anyone attempting to call 911 either by cellphone or landline will experience a busy signal.”

“At this time the issue is being addressed and it is unknown how long the 911 phone service will be unavailable,” the statement continued. “If you need to report an emergency, you are encouraged to text 911 and type your emergency in the message field.”

A number of police departments in Arizona were running into issues with 911 as well.

Also in Arizona, the Tucson Police Department asked residents to contact a local number as well.

“911 services are down in the City of Tucson. If you need to make an emergency call, dial,” the department tweeted. “We will let you know when 911 is back online.”

Luckily, the Oro Valley Police Department, also in Arizona, said they had solved the issue.

“It’s fixed! 911 is back up for all agencies! We did take this opportunity to test the “Text to 911″ and that did continue to work through this outage,” the department tweeted. “So keep that in mind, it is another way to contact police services.”

Microsoft Office 360’s [sic] outage crashed across the nation Monday evening, forcing the more than 500,000 businesses that use the service to make do while the tech giant addresses the issue.

CNN, The Hill, and NBC New York among many other outlets reported on the outages also.

Was this an accident or a test?

This outage has many now wondering whether or not someone is preparing for a nationwide emergency services outage in the wake of election chaos. Others are wondering if the United States will experience a massive cyberattack – predictably to be blamed on Russia, China, or Iran – either in the lead up to, during, or shortly after the 2020 elections.

The fact that the disruption in communications is being attributed to a Microsoft outage is telling also. For those who may not have had the chance to read Whitney Webb’s article, “How Government and Media Are Prepping America for a Failed 2020 Election,” Webb has a section titled “Conflict of interest-ridden Microsoft “defends democracy” where she writes of Microsoft’s actual danger to democracy. She writes,

Last year saw the tech behemoth Microsoft join the effort to blame foreign state actors, specifically Iran, for cyberattacks against the U.S. This helped to bolster assertions that had largely originated with a handful of U.S. intelligence officials and hawkish, neoconservative-aligned think tanks as media reports on Microsoft’s related claims treated the company as an independent private sector observer.

Yet, as MintPress investigations have revealed, Microsoft has clear conflicts of interest with respect to election interference. Its “Defending Democracy” program has spawned tools like “NewsGuard” and “ElectionGuard” that it claims will help protect U.S. democracy, but — upon closer examination — instead have the opposite effect.

Last January, MintPress exposed NewsGuard’s neoconservative backers and how special interest groups were backing the program in an effort to censor independent journalism under the guise of the fight against “fake news.” Subsequent investigations revealed the risk that Microsoft’s ElectionGuard poses to U.S. voting machines, which it claims to make more secure and how the platform was developed by companies closely tied to the Pentagon’s infamous research branch DARPA and Israeli military intelligence Unit 8200.

ElecionGuard software has since been adopted by numerous voting machine manufacturers and is slated to be used in some Democratic Primary votes. Notably, the push for the adoption of ElectionGuard software has been spearheaded by the recently created Cybersecurity and Infrastructure Security Agency (CISA), which is the federal agency tasked with overseeing election security and is headed by Christopher Krebs, a former high level Microsoft executive.

In recent months, Microsoft has also been at the center of claims that Iran attempted to hack U.S. presidential campaigns ahead of 2020 as well as claims that Iran plans to target the U.S. power grid and other critical infrastructure with cyberattacks.

Last October, Microsoft penned a blog post discussing a “threat group” it named Phosphorus that they “believe originates from Iran and is linked to the Iranian government.” The post went on to claim that Phosphorus attempted to target a U.S. presidential campaign, which later media reports claimed was President Trump’s re-election campaign. Microsoft concluded that the attempt was “not technically sophisticated” and ultimately unsuccessful, but felt compelled to disclose it and link it to Iran’s government.

Though it provided no evidence for the hack or its reasons for “believing” that the attack originated from Iran, media reports treated Microsoft’s declaration as proof that Iran had begun actively meddling in the 2020 election. Headlines such as “Iranian Hackers Target Trump Campaign as 2020 Threats Mount,” “Iran-linked Hackers Target Trump 2020 Campaign, Microsoft says”, “Microsoft: Iran government-linked hacker targeted 2020 presidential campaign” and “Microsoft Says Iranians Tried To Hack U.S. Presidential Campaign,” were blasted across the front pages of American media. None of the reports scrutinized Microsoft’s claims or noted the clear conflict of interest Microsoft had in making such claims due to its efforts to see its own ElectionGuard Software adopted nationwide.

Media reports also left out the fact that Microsoft is a major government contractor for the U.S. intelligence community and the Pentagon. Notably, the Trump campaign, which Microsoft said was the target of this attack, was later identified as the only major presidential campaign using Microsoft’s “AccountGuard” software, part of its dubious “Defending Democracy” program that also spawned NewsGuard and ElectionGuard. AccountGuard claims to protect campaign-linked emails and data from hackers.

Microsoft surfaced not long after, again claiming that Iran was maliciously targeting the United States’ civilian infrastructure. This subsequent claim was first published by Wired and later covered by other outlets. Those reports cite a single person, Microsoft security researcher Ned Moran, who claimed that an Iran-backed hacking group called APT33 was targeting the U.S. “physical control systems used in electric utilities, manufacturing, and oil refineries.”

“They’re trying to deliver messages to their adversaries and trying to compel and change their adversaries’ behavior,” Moran told Wired. Moran also stated that “Microsoft hasn’t seen direct evidence of APT33 carrying out a disruptive cyberattack rather than mere espionage or reconnaissance, it’s seen incidents where the group has at least laid the groundwork for those attacks.”

The truth is that the nationwide outage could indeed be a result of a failure of Microsoft system and the timing could indeed have been a coincidence. Given the fact that there have been so many simulations of the events of 2020 and, particularly the 2020 elections, however, it is well worth paying attention to. It is also dangerous to assume anything so critically important as nationwide emergency services momentarily disappearing is a coincidence, especially this year.

You may be completely on your own in the event of an emergency.

Writers on this website have assured you frequently that in the event of a crisis, you may find yourself completely on your own. Selco and Jose have both shared stories confirming this in their own writings.  Just recently, a woman in Kenosha, Wisconsin came to the same conclusion during the riots there – nobody was coming to help.

If things go sideways, you’d better be prepared to handle the situation on your own because help may not be on the way.

What’s your opinion on yesterday’s system crash? Was the widespread outage of emergency services and communications just a fluke? Or do you think it’s a test for something more insidious? Share your thoughts in the comments.