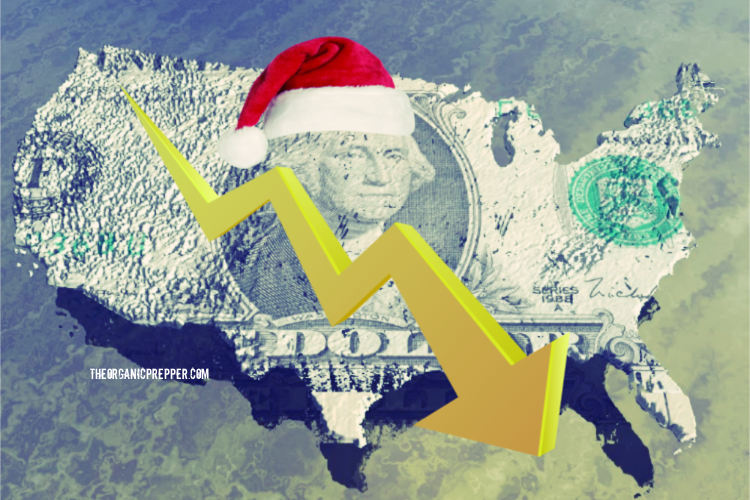 (Dec. 26, 2018) The preliminary numbers are in and it appears that Americans exceeded last year’s shopping frenzy with an even more extravagant one this year. Mastercard says that spending was up 5.1% over last Christmas, which brings us to an astronomical $850 billion spent between November 1st and Christmas Eve.

Of these shopping sprees, online sales increased by nearly 20%, which means that we could soon see another wave of brick and mortar closures, just like last year. Amazon pretty much owned Christmas, with a “record-breaking” holiday season, reporting one billion items delivered for free.

Three times as many purchases this year were handled by Alexa, too, which means buyers didn’t even have to type in a credit card number.  “Alexa, find me a bankruptcy attorney.”

So, even though Americans blew through $850 billion dollars at Christmas, this may not actually mean that the economy is on the upswing. All the problems there before the holiday didn’t just go away.

All this spending is good news for the economy, right?

Before you get too excited thinking that all the negative predictions are just hogwash, Zero Hedge puts the spending binge into alarming but unsurprising perspective.

But though analysts might be tempted to cite holiday spending as an example that consumption is stronger than the hard and soft data would suggest, and that the mighty US consumer just might come through and save the US economy from a late-2019 or early-2020 recession, there is one thing to consider: As the latest raft of spending data revealed, spending outpaced incomes once again in November, sending the savings rate lower, suggesting that this latest consumption binge was largely fueled by debt.

In other words, analysts who interpreted these strong holiday sales as one last binge before the end of the business cycle might soon be vindicated. (source)

So, in reality, what seems like a bunch of prosperous people going out and treating their families to well-deserved gifts and holiday joy is just the opposite. This Christmas was most likely an example of people who couldn’t afford to spend saying, “to heck with it” and maxing out credit cards that they may never be able to pay off.

All of those problems from before Christmas didn’t just disappear.

Right before the holiday, I wrote an unpleasant article about 8 worrisome signs for our economy. These things didn’t magically disappear because it was Christmas and people blew their budgets. After the article, the stock market plunged even further, making it the absolute worst Christmas Eve in market history. We’re talking Great Depression-era lows.

What’s more…and this should keep you up at night…President Trump had Treasury Sec. Steve Mnuchin summon heads of the 6 largest banks in the country for emergency calls on Christmas Eve.

According to The Street, it’s all good and there’s no need to worry.

U.S. Treasury Secretary Steven Mnuchin said Sunday that he held individual calls with CEOs of the nation’s six largest banks, all of whom said their institutions had ample liquidity for lending to consumers, businesses and all other market operations despite the recent market turmoil.

The unusual statement, issued via the Treasury Department’s verified Twitter feed, also noted that Mnuchin would chair a meeting of the President’s Working Group on Financial Markets, which includes the Board of Governors of the Federal Reserve system, the Securities and Exchange Commission and the Commodities and Futures Trading Commission.

“We continue to see strong economic growth in the U.S. economy, with robust activity from consumers and business,” Mnuchin said in a statement. “With the government shutdown, Treasury will have critical employees to maintain its core operations at Fiscal Services, IRS and other critical functions within the department.” (source)

Mnuchin says everything is just fine but his statement actually made people more concerned than they were in the first place.

This conciliatory statement just made everything worse.

After Mnuchin’s confirmation of ample liquidity, the reactions went something like this:

To which, the collective response from the whole world seemed to be: “Wait, who said anything about not having ample liquidity?”

Mnuchin also said that the major banks “have not experienced any clearance or margin issues and that the markets continue to function properly.” Again, since few expected otherwise, the “clarification” from Mnuchin only seemed to sow more fear and confusion.

Mnuchin was scheduled to hold another call with the President’s Working Group on financial markets – commonly referred to as the “Plunge Protection Team” – which includes the Board of Governors of the Federal Reserve System, the Securities and Exchange Commission, and the Commodities Futures Trading Commission. He said that the FDIC and the Comptroller of the Currency might participate as well. “These key regulators will discuss coordination efforts to assure normal market operations,” Mnuchin’s statement said.

The curious statement intended to reassure the markets prompted the opposite response. “This is the type of announcement that raises the question of whether Treasury sees problems that the rest of the market is missing,” Cowen & Co. analyst Jaret Seiberg wrote in a note to clients. “Not only did he consult with the biggest banks, but he is talking to all of the financial regulators on Christmas Eve. We do not see this type of announcement as constructive.” (source)

Now, people in the know who may not have been particularly concerned have questions. Lots of questions.

The holiday greeting from the President included a few words about his displeasure with the Fed. Not only did he say he lacked confidence in Fed Chairman Jerome Powell, but he had a few other choice words about the increase in interest rates.

“They’re raising interest rates too fast, that’s my opinion. I shouldn’t have confidence. They’re raising rates too fast because they think the economy is so good. But I think they will get it pretty soon. I really do,” Trump said, a day after the Dow lost more than 650 points and fell 2.9 percent — the worst Christmas Eve performance ever.

Some economic pundits see the 7th rate increase since President Trump took office as a sign that the Fed is deliberately trying to crash the economy and show Trump who is truly in charge.

And all of this isn’t affecting only poor people. The richest folks in the world lost more than $550 billion in 2018. Of course, it isn’t going to affect them like a similar percentage of wealth will affect us normies, but it’s still a startling sign of economic changes.

And as far as this morning goes, things are NOT looking up in the markets on the day after Christmas. Markets in Europe seem to be bracing themselves for upheaval today and stocks in China have already fallen. Bloomberg reports that US Futures are also looking shaky.

Let’s cross our fingers that things pick up throughout the day.

The entire thing is psychological warfare, according to Brandon Smith of Alt-Market.

…the goal of economic subversion is to break down the human mind and change it into something else; something less human or, at the very least, something less rebellious. One can only control people through debt and false rewards for so long before they start to recoil and revolt. Economic collapse, on the other hand, can change people fundamentally through persistent terror and through tragedy. Through trauma, the globalists hope to make men into monsters or robots.

We’ve seen exactly this happening through the writings of our friend Jose, in the articles where he shares how the collapse of Venezuela went down. Actually, quite a few of the things that Smith writes about in his article can be clearly witnessed in the fall of Venezuela, right down to the replacement of the national currency with a government-controlled cryptocurrency.

What can you do?

This is the worst time possible to dig yourself further into debt. We’re on the brink of catastrophe unless a bunch of rabbits get pulled out of a bunch of hats. And even then, with the astronomical national debt, it would just be kicking the can a little bit further down the road, like paying off all your overdue Mastercard bills with your shiny new Visa.

My suggestions are this:

Find as many ways as possible to reduce your reliance on the system. I think we’re in for a bumpy 2019, but if I’m wrong, none of these recommendations is outrageous. In fact, all of them will increase your quality of life. So, what can it hurt to be ready?

Here’s hoping it will all be unnecessary.

Are you concerned about our economy?

What do you think about the currently shaky market and the manipulation by the Fed? What are you expecting in 2019? Share your thoughts in the comments below and let me know.