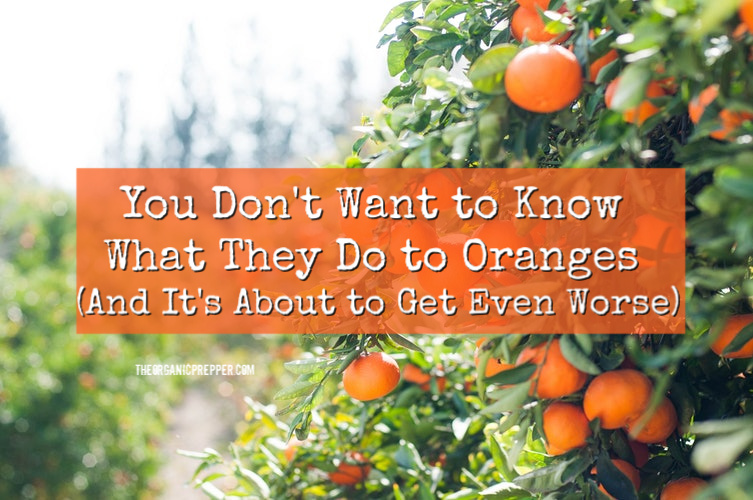 Something is happening to oranges. The solution may be worse than the problem and there’s about to be a lot more solution.

Oranges are cast as the pinnacle of American wholesomeness. Orange juice is a marketing empire in its own right. The “OJ” industry has successfully made its product synonymous with life-giving vitamin C and a complete breakfast. But is that really the case?

The truth is, you don’t know what they do to oranges.

You probably think I’m talking about swaths of pesticides being sprayed on orange groves, but no, no, no. That’s only the tip of the iceberg.

Did you know that oranges are routinely sprayed with antibiotics?

The same antibiotics that are used to treat humans and animals for bacterial infections. We already ingest many antibiotics through our food if we are not careful, because of the antibiotics given to livestock, meat especially, but also eggs, farmed fish, milk, and cheese.

Now we ingest antibiotics from oranges?

Doesn’t that make the problem of antibiotic resistance much, much worse?

Yes, it does. And the problem isn’t just what we eat, it’s also the runoff of antibiotics into our waterways.

But how did that happen?

America’s orange groves have been facing a major problem with a widespread disease called citrus greening that has reportedly ripped through the citrus industry.

If you think that sounds bad, the Trump administration reportedly gave approval for an unprecedented amount of antibiotic use. Agricultural operations are allowed to spray two kinds of antibiotics on nearly a half-million acres of Florida citrus fruits.

Federal officials are allowing greatly expanded use of streptomycin and oxytetracycline –  antibiotics often used on people — as a pesticide on commercially grown citrus. Agricultural operations plan to use the antibiotic sprays to combat the widespread disease called citrus greening, which has devastated the citrus industry. The antibiotics won’t cure the disease, and will have to be sprayed repeatedly over years just to keep the trees alive and producing fruit until they succumb to citrus greening.

Allowing so much antibiotic residue in Florida soils, runoff, and air is unprecedented. It’s unclear how much of the antibiotics – sprayed on leaves and taken up into the plant’s vascular system – will end up in fruit; it’s never been sprayed on this scale before. Test results the citrus industry provided to federal officials reported low antibiotic residues. (source)

The EPA expressed concerns for potential harm to the environment, people, and wildlife, but ultimately decided the economic benefits “outweighed” the risks.

The USDA reasons that the amount of antibiotics people will ingest from citrus will be far less than those ingested during prescription use.

Despite the outcry from various environmental and antibiotics interest groups, Florida’s Department of Agriculture and many citrus growers made the request to use more antibiotics.

…One EPA analysis notes that “uncertainty exists regarding the potential for development of resistance, or cross-resistance with other antibiotics, that could result from pesticide applications.”

Both the European Union and Brazil have banned the use of oxytetracycline and streptomycin for use as a pesticide on agricultural plants.

For citrus growers, the last 10 years have been a nightmare as citrus greening spread from South Florida north, affecting groves in dozens of counties. They spray pesticides to kill the imported insect that carries the disease, but it hasn’t stopped citrus greening’s forward march up the peninsula. They are also working to develop new strains of citrus that resist the disease. The antibiotics, they argued in numerous comment letters to federal officials, are the only known way to stay in business. The press office of the Florida Department of Agriculture did not respond to requests for comment. (source)

So, as you can see, farmers are in a hard place and they argue that a proposed solution of “cycling” between the two antibiotics may not work. But the short term fix may lead to either antibiotic resistance or… the development of even more genetically engineered crops.

You don’t want to know what they do to oranges

Did you know that orange juice is fake news?

In my article, “3 TOTALLY FAKE Foods in Just About Everybody’s Kitchen,” I reported on how orange juice is really made.

As Gizmodo explained a while back, OJ is anything but natural:

Once the juice is squeezed and stored in gigantic vats, they start removing oxygen. Why? Because removing oxygen from the juice allows the liquid to keep for up to a year without spoiling. But! Removing that oxygen also removes the natural flavors of oranges. Yeah, it’s all backwards. So in order to have OJ actually taste like oranges, drink companies hire flavor and fragrance companies, the same ones that make perfumes for Dior, to create these “flavor packs” to make juice taste like, well, juice again. (source)

This is why nearly all orange juice tastes exactly the same, no matter which carton you open. Some companies add pulp-dissolving enzymes to the mix.

Here’s an article with a photo of an orange juice factory that shows whole oranges sitting right in the juice.

If that’s a typical occurrence, then it stands to reason there are pesticides and antibiotics floating around in that glass of juice.

Don’t want the yuck that comes from conventional oranges?

Here are some ways you can mitigate some of these problems:

Are citrus antibiotics going to cause more (genetically engineered) mosquitoes?

One more weird aspect to this news: genetically engineered mosquitoes have been released in testing trials in parts of Florida, the state that’s known for having the best oranges.

At first, the company pushing the mosquitoes argued that it would reduce scary diseases like Dengue fever and Chikungunya. But those haven’t occurred in Florida for years… Oh, look! here comes Zika, what a coincidence.

Anyway, these mosquitoes were developed by private biotech companies to mate with Florida mosquitoes so that the offspring will all die off.

But wait? Couldn’t that eventually kill off the entire mosquito population and cause a negative domino effect in the animal kingdom?

Here is something most people don’t know about these modified mosquitoes.

Yes, the same family of antibiotics that oxytetracycline belongs!

Is this not a crazy situation, or what?

What did you think of this news? Was it news to you? Leave your comments below! 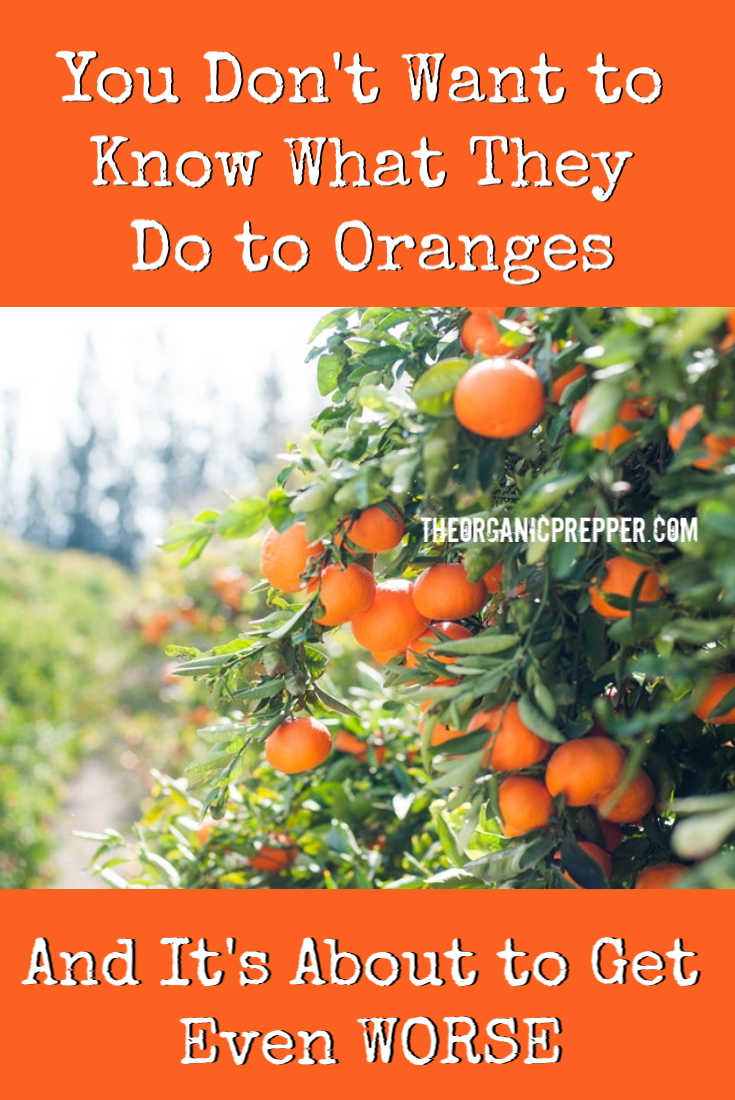