Hypocrisy: Why Is It OK When the US Meddles in Elections but Not When Russia Does It? 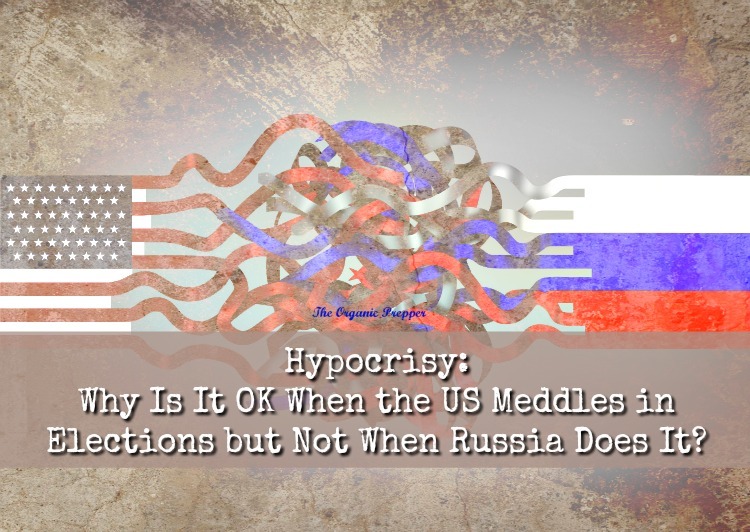 Have you noticed the hypocritical double standard in our government and media about election interference? They boldly accuse Russia of meddling with our election process but deny any wrongdoing while they admit their own manipulations of the elections of other countries.

When Vladimir Putin was interviewed on NBC by Megyn Kelly, he talked about how the US meddled in elections in other countries, but how the American government was outraged when Russia was accused of doing it. This was cut from the interview that was aired but you can watch it here.

It’s important to note that President Putin is a former KGB official and that he was trained in the arts of deception and deflection. But his words here ring true. As for Americans not getting the whole story, we should start getting used to that, since censorship is on the uptick.

This isn’t just a pie-in-the-sky accusation. Former CIA Director James Woolsey flatly admitted it on the air recently but says it’s okay when we do it.

How exactly is it acceptable when the United States admittedly interferes with other governments but it’s wrong if Russia does it? How is the accusation that Russians may have purchased ads on Facebook worse than the things that our own government has done to alter the outcome of elections in other countries?

This is the kind of hypocrisy that will lead to World War 3.

Some may say it’s un-American to call out our own government like this, but I believe the most American, patriotic thing we can do is to hold our own government to the same kind of accountability and standards to which we hold others. We should be insisting on stringently honorable behavior from our elected officials, but instead, many are making excuses for their corruption.

Here’s the full, unedited interview that Megyn Kelly did with Putin. There is quite a bit that didn’t fit the narrative and didn’t see the light of day on NBC. Go to 55:00 and read the translation of what Putin had to say. It’s important.

Not long ago, President Trump said something absolutely correct. He said that if Russia’s goal was to sow chaos, it has succeeded. But it is not the result of Russian interference but your political system, the internal struggle, the disorder and division. Russia has nothing to do with it whatsoever.

Get your own affairs in order first. And the way that question is framed, as I mentioned – that you can interfere anywhere because you bring democracy but we cannot – is what causes conflicts. You have to show your partners respect and they will respect you.

For the record, I don’t think Russia should be interfering in our elections any more than I believe it’s acceptable for Americans to interfere in the elections of other countries if it benefits us. It’s time for our government to focus on the issues here at home before running off to police the world because heaven knows we have enough problems on our own soil to keep them busy for decades. Perhaps it isn’t as financially beneficial for them to address our problems as it is to manipulate the governments of countries that are rich in resources. Money, oil, and power are strong motivators.

Until we hold our own government accountable for their actions, we have little right to cast stones at other governments for doing exactly the same thing.

I don’t say this because I hate my country. I say this because I love my country and I believe that we can do better – much better – than we’ve been doing. We have allowed the most corrupt people in the nation to take the highest seats in the land and it’s no wonder that we’re sliding toward a reality that looks a hell of a lot more like 1984 than 1776. 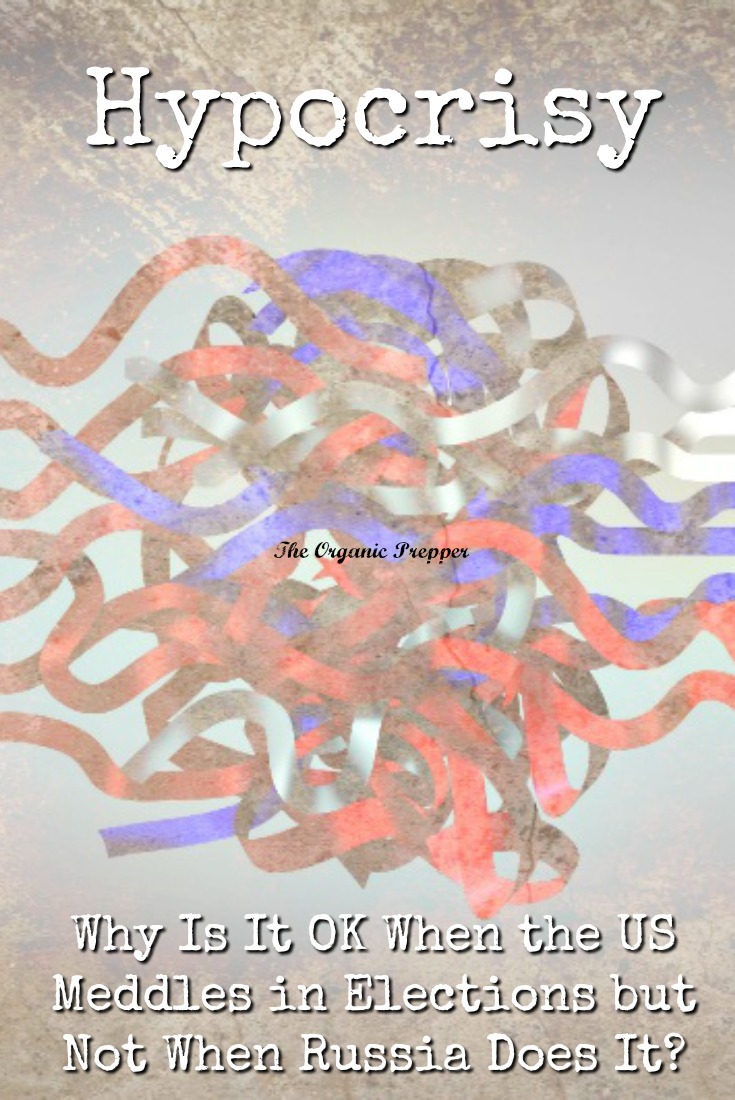