A flood is a disaster that just keeps coming back to haunt areas affected by it. As the waters recede, it doesn’t mean that the risk of illness is over. After a flood, clean-up itself can be fraught with hazards.

As if the loss of life and property isn’t enough, there other many hazards that arrive with flooding and persist long after the initial rise in water levels.

There are several diseases and myriad other health concerns that go hand in hand with freshwater flooding, and no matter where you live there are risks that can cost you your life that have nothing to do with drowning.

Lizzie Bennett, a medical professional and the author of the UK blog Underground Medic, compiled a comprehensive list of flood hazards. This is one to print out in and put in your preparedness binder to have on hand should you ever find the waters rising near your home.

The floodwaters are likely to be full of debris which can cause injury but it’s what’s lurking unseen in the water that can cause really cause problems. The power of water is unbelievable. Just a foot depth of fast flowing water can knock an adult of their feet, and less than that will knock over a more infirm individual. That amount of force can carry things along for a considerable distance. What’s more, in deeper water there is no way you can know what lies under the water.

Making your way on foot through murky water is really best avoided. Apart from injury, or even getting a foot caught up and not been able to free yourself, the water can host a number of diseases that can sicken or even kill you.

Trees, branches, concrete, vehicles, grocery carts and practically anything else you can imagine will be floating around or hidden beneath the water.

As I said previously the force of moving water is irresistible and it’s not only people that are swept away. Chemicals, even when stored properly in non-flood conditions, are likely to get into the water. Some, such as petroleum products are visible as a slick or film on the surface of the water, while others are totally invisible.

Caustic substances, solvents, inks, paints, and anything else you can think of are going to be mixed into the flood waters. Even though they will be massively diluted in such a high volume of liquid, they’re still there and will cause major problems if ingested. Some heavier than water toxins will collect in depressions as the floodwaters recede and those puddles, magnets for children, will contain much higher levels of toxins in the residues left behind as the waters evaporate.

Power lines, particularly in those areas where electricity cables are supported by wood telephone poles, can be a major hazard. Electricity can arc a considerable distance and lines in standing water can electrify a large area.

Most snakes, given a preference, would opt for dry land. Any incidence of flooding will see them seeking dry spaces, be those spaces natural areas unaffected by the floodwaters or the upper floors of buildings. Care should be taken when moving boxes etc that may have been stored on the upper floors of properties.

Acetaminophen kills snakes,  and just 125mg is usually enough. Half of a standard 500mg tablet would make sure they die. If you have rodents on returning to your property trap as many as you can, bait them with acetaminophen, and leave them for the snakes, who will enjoy their free meal.

This tactic was used to great effect in Guam. You can read about baited mice getting dropped by parachute here.

Rodents will naturally seek out higher drier land when floods hit. It’s not uncommon for there to be a ‘plague’ of mice and rats in areas around the edge of a flood as the rodents seek out new homes. As with snakes, they will often move into buildings, naturally gravitating towards the dry upper floors. As they will eat anything, food left in homes will draw them, even if it is wet. Snakes, of course, feed on rodents, and with both groups having ample food their numbers will only increase unless they are dealt with promptly. Clearing up after a rodent infestation is a hazard in itself and great care needs to be taken due to the risk of contracting hantavirus.

Leptospirosis is a zoonotic disease, which means that it can be passed from an animal species to humans. Rodents carry leptospirosis, so anything that brings them into closer than usual contact with humans poses a greater potential for infection.

When flooding occurs, rats and mice will always seek out drier ground in which to nest. As rats and mice are incontinent, they leave a trail of urine wherever they go. Until this urine is totally dry it is able to pass leptospirosis to humans via cut, scrapes, and abrasions on the skin. Andy Holmes, a British Olympic rower, died of leptospirosis in 2010. He had a small graze on his finger and it’s thought that is how he contracted the disease. He had been rowing on the River Severn a few days before he first became sickened with a flu-like illness. He went into kidney failure and died within a matter of days.

Caused by the bacteria Salmonella typhi, typhoid fever is a life-threatening illness. People infected with typhoid carry the bug in their intestines and shed it in their feces. Food or drink prepared by a typhoid sufferer can pass on the disease unless they have scrupulous hand hygiene. Although not a common disease in the United States sporadic cases do occur, usually in those who have traveled abroad.

Salmonella typhi gets into floodwaters when sewers overflow and pipes fracture.  Raw sewage is frequently mixed with the floodwater as drains and sewers fail to cope with the sheer volume entering the system. Once it’s in the flood water, food contamination is highly likely, either by people getting it on their skin and then preparing food, or by food supplies getting contaminated directly by the water. As well, contaminated water getting into the fresh water supply is a major source of infection.

Again, this is another uncommon disease in the United States, but cases are reported in people returning from areas where the disease is endemic. Like typhoid, it would be present in the water if infected sewage had entered the floodwaters.

Vibrio cholerae is a rapid onset intestinal disease that is immediately recognizable. The victim produces massive amounts of watery diarrhea and vomits profusely. Without rapid medical intervention, death can occur in just a few hours due to massive dehydration and shock.

As with typhoid, it is most frequently contracted when one consumes contaminated food and drink. Cholera gets into the water and can contaminate food and the skin of those who prepare food. Flood waters getting into drinking water supplies will spread the disease rapidly amongst those using the source for drinking or food preparation.

This is a worldwide disease that causes tens of millions of infections each year across the globe. Animals and humans both carry the bacteria that causes the disease. It will certainly be present in any flood waters where animals have defecated or when human waste has gotten into the floodwaters. As with any flooding, contamination of drinking water is commonplace, particularly in areas where wells or boreholes are used for drinking water.

This is a horrendous condition commonly called ‘the flesh eating bacteria’ in the media. It’s rare but is one of the most awful diseases you can imagine. The most common bacteria to cause the disease is the Staph A group of bugs. Doctors advise that those with cuts and abrasions should not use whirlpools, hot tubs, etc. unless the wound is well covered with a completely waterproof dressing. Hot tubs are spotless compared to floodwaters.

There are several types of malaria, some more serious than others. The Plasmodium falciparum and Plasmodium vivax varieties are the most serious. Malaria is spread by the Anopheles mosquito. Only the females spread the disease. Standing water is a mosquito magnet because it is where they lay their eggs. Just a teaspoon of water can contain hundreds of larvae.

When the floods subside and small puddles are left, mosquitoes will seek out these puddles to lay their eggs. If you get enough bites your body becomes used to them. You no longer itch and the bites often produce no bump, which  means people are oblivious to the fact that they have been bitten.  This increases the risk of having malaria for some days before seeking medical assistance.

Any other mosquito-borne illnesses will be spread in exactly the same manner. These include dengue fever, yellow fever, and Zika.

The list of illnesses that are caused by waterborne pathogens is a long one, way beyond the scope of one article. For a much more comprehensive list click here.

The aftermath of flooding doesn’t stop at damaged buildings and loss of life.

The effects are far-reaching, well beyond the diseases listed and the initial damage and death we see on the news.

Are you ready for this? Could you cope if flooding hit your area? It’s not an easy thing to prepare for because all of your carefully stockpiled supplies could be ruined. In cases like this, the best preps you can have are the knowledge needed to keep your family safe and excellent insurance. (If you live in an area that is likely to flood, do yourself a favor – check to be sure that your coverage meets these standards.) 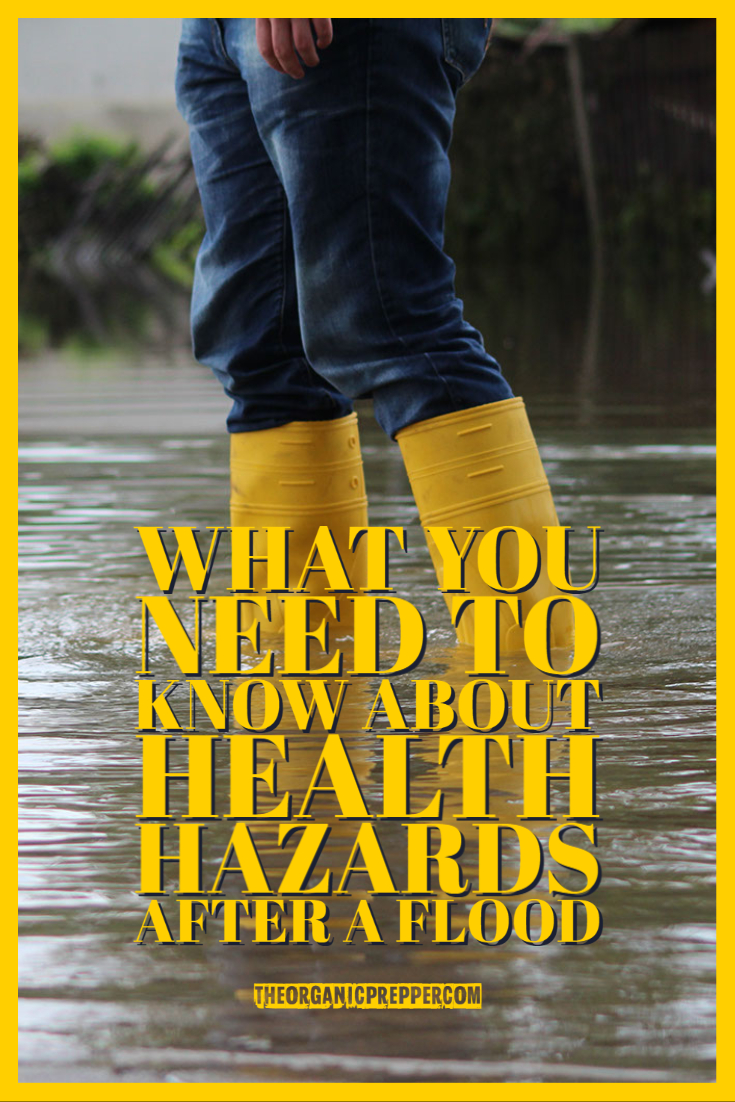