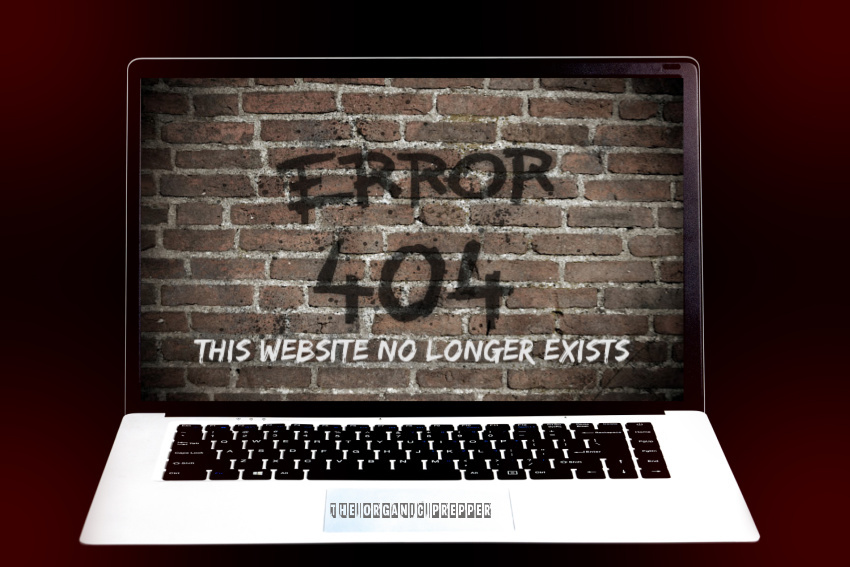 When I started The Organic Prepper wayyyyy back in 2012, I never in a million years expected that it would not only become a popular blog, but a website that became the livelihood of me and several other people.

I got “lucky” when it took off immediately. A week after the website began, the tragedy at Sandy Hook occurred and everyone in the mainstream was bashing preppers as the cause of the shooting. I wrote an article in defense of preppers for my tiny audience of about 200 people. Somehow, a reporter on Yahoo came across it and quoted it. (And we’re not talking about a flattering representation here.)

Suddenly, the week-old Organic Prepper website and I were “on the map.” I received a horrifying barrage of hate mail, fervent wishes that my own children would die in a school shooting, and outright threats from strangers on the internet. It was overwhelming, and to be honest, kind of terrifying.

I wanted to quit.

It turned out, he was right. That horrible negative publicity brought other preppers out of the woodwork to stand behind me and say that I was correct in my assessment and these awful people threatening my family and me should be ashamed. And my website took off from there.

Now, almost ten years later, we get up to half a million hits a month and we’re one of the biggest preparedness websites on the internet. We have many writers besides just me now, and the site contains thousands of articles.

But 2021 has also been the year that we’ve been hit from every direction by people who want us silenced. We were deemed a “disinformation website” early this summer and dropped by our advertising network. That defunding hit us hard and if we hadn’t had some other streams of income, patriotic sponsors who believe in free speech, and donations from you, our readers, we would have folded.

Since that happened we have worked tirelessly to keep the website going by producing books, courses, and webinars.

But the threat of censorship still looms over our heads. New laws are made on almost a daily basis that could one day subject us to legally sanctioned censorship. We’ve been hacked.  We’ve been threatened. We’ve been plagued in various ways with frozen accounts, banking difficulties, and other technical inconveniences.

At the same time, we’ve helped people learn to be more self-reliant in the face of potential food shortages. We’ve provided commentary on the events in the world and shared our own stories. We helped our audience understand what to expect in a world gone mad. Our readers will not have to rely on anyone to save them.

And we’re not done yet, not by any stretch of the imagination.

But all our work could disappear.

But we’re living in a Brave New World in which we could be silenced at any point in time. Ten years of our work could potentially disappear at the click of a mouse. If you’d asked me a year ago whether that would be possible, I’d scoff and say, “Not any time soon!”

But if you asked me that today, I’d tell you something entirely different. I’d tell you that it’s definitely a matter of concern.  I’d say that we’ve published so many warnings that have turned out to be accurate that we could be targeted. I really do hope that I’m overreacting. Unfortunately, it seems like most of the time when I say, “I hope I’m overreacting,” I’m not. That’s because I’m a strong believer in the predictive power of patterns. And the world has seen this before.

This isn’t even to mention the fragility of our infrastructure, something that we’ve witnessed repeatedly this year with rolling blackouts, cyberattacks, and power outages.

In a staff meeting we discussed how to mitigate this possibility, and we came up with a solution based on a suggestion from a reader named Jason.

We’re putting our entire archive on a 32GB USB.

We’ve got 4 people working tirelessly to assemble a digital archive of everything published on The Organic Prepper. Because we want to include all of 2021 on this product, delivery of it will begin on January 15th.

We’re talking about more than 2500 articles, illustrations, and footnotes in case you want to dig deeper into our sources. It’s a goldmine of information. It will be searchable by topic, keyword, author, and year. It will work in any device that accepts USBs, so all you’d need is a tablet of some sort and a solar charger to be able to access everything on the website in the future.

This USB will cost $199 once it’s finished – it’s literally thousands of pages of original content – but if you want to take part in our pre-sale promotion to help us bring this product to fruition, you can get it this weekend only for $59.

We will begin shipping products on USBs on January 15, 2022. The USBs will be shipped in the order in which they were purchased. We’re loading them ourselves, checking to make sure they work properly, and popping them into an envelope to send to you. We’re putting hundreds of hours into this project and will be putting hundreds more into it once we begin loading and mailing USBs. $59 is a fantastic deal for all of the information you’ll be getting. The USB will include directions for printing individual articles you may want to keep a hard copy of for your binder.

NOTE: THIS PRODUCT IS NOT ELIGIBLE FOR THE 60% OFF BLACK FRIDAY SALE.

Remember, these products will be shipped out in the order in which the purchases are received. Be among the first to get yours by purchasing over this coming weekend. The $59 offer ends at midnight on Cyber Monday. After that, the price goes up to $99. Once Jan. 1 rolls around, it will only be available at the full price of $199.

Go here to order your USB for $59 until midnight on Monday, Nov. 29, 2021: https://learn.theorganicprepper.com/product/the-organic-prepper-usb-archive/

We can’t wait to get all of this information safely in your hands. Be on the lookout because we’ll be changing a lot of things to old-school formats next year to dodge the censors.

We hope you have a very happy holiday season and we thank you for your support.