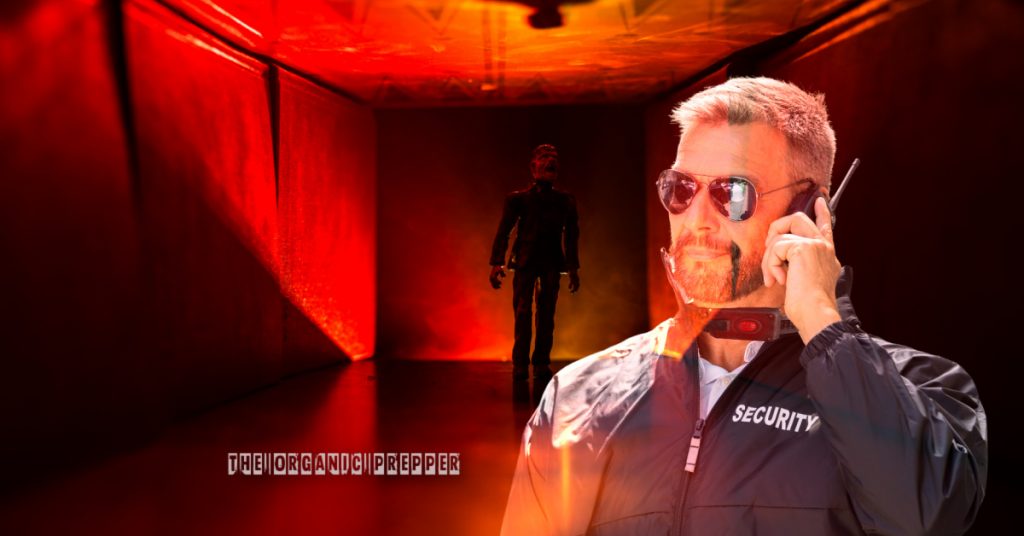 Should things completely go sideways, every prepper knows that violent chaos will ensue. Not only will folks do things they’d never ordinarily do in order to feed their families, but some people will give into their base instincts. There are a lot of people out there who are only restrained by the prospect of severe consequences if they were to do what they truly want to do.

All of this means that security post-SHTF is essential. Whether it’s your small suburban homestead, your place in the country, or a billionaire bunker, any place people have hunkered down with supplies and resources to survive could be subject to attack. This is something Selco wrote about in-depth in his books, and it’s really just a matter of when, not if, after a societal collapse that this kind of violence erupts.

Most of us have a plan to defend our homes and retreats. But what about those mysterious ultra-wealthy preppers who are putting plans into place? How do they intend to keep their elite properties safe?

Unsurprisingly, they don’t think like the rest of us.

Douglas Rushkoff wrote a fascinating article for the UK Guardian in which he shares a meeting he had with five extremely rich tech and hedge fund investors. Rushkoff writes about the impact of digital technology on our lives and is often tapped to speak with investors regarding the future of technology. For the sake of this conversation, let’s forget about the fact that Rushkoff is a self-proclaimed Marxist.

When he was invited to meet with “ultra-wealthy stakeholders” way out in the desert, his curiosity was piqued.

The conversation quickly veered away from technology and toward doom. They wondered about their bunkers, their locations, and the most likely end-of-the-world scenario to strike.

Then came the discussion surrounding security.

“How do I maintain authority over my security force after the event?”

This seems to be the point at which the paths of ordinary preppers and CEOs of brokerage houses diverge. Most of the folks I know plan to hunker down with a trusted community of close friends and family. The concept of maintaining authority has never really crossed my mind. (Is that just me?) When you’re cooperating with a team, vs. hiring a team, I suppose the outlook is different.

Anyway, the question above took up an hour of the conversation. Rushkoff wrote:

They knew armed guards would be required to protect their compounds from raiders as well as angry mobs. One had already secured a dozen Navy Seals to make their way to his compound if he gave them the right cue. But how would he pay the guards once even his crypto was worthless? What would stop the guards from eventually choosing their own leader?

The billionaires considered using special combination locks on the food supply that only they knew. Or making guards wear disciplinary collars of some kind in return for their survival. Or maybe building robots to serve as guards and workers – if that technology could be developed “in time”.

You know you have a completely different outlook on life when someone blithely suggests that the best way to gain loyalty from a fellow human being is by putting a collar on them and torturing them into compliance. Is it just that high-finance executives look at others as resources? Or that they’re accustomed to having full authority over other people?

And does any of that even matter? This philosophy tells you everything you need to know about these people.

Rushkoff tried appealing to their humanity.

I tried to reason with them. I made pro-social arguments for partnership and solidarity as the best approaches to our collective, long-term challenges. The way to get your guards to exhibit loyalty in the future was to treat them like friends right now, I explained. Don’t just invest in ammo and electric fences, invest in people and relationships. They rolled their eyes at what must have sounded to them like hippy philosophy.

This is what most of us would do – build relationships. But this is not how other people think.

Powerful people will still want to be powerful.

My takeaway from this is simple:

The folks who consider themselves “the elite” right now have every intention of remaining “the elite” after it hits the fan. And then, they won’t be restrained by pesky labor laws, the potential of being charged with human rights violations, and basic morality.

The article goes on to praise the plans of JC Cole, a former president of the American chamber of commerce in Latvia. Cole agreed that the best way to ensure loyalty was treating people decently. His plan honestly sounds a lot like that of the average prepper – it’s one of community.

JC showed me the “layered security” protocols he had learned designing embassy properties: a fence, “no trespassing” signs, guard dogs, surveillance cameras … all meant to discourage violent confrontation. He paused for a minute as he stared down the drive. “Honestly, I am less concerned about gangs with guns than the woman at the end of the driveway holding a baby and asking for food.” He paused, and sighed, “I don’t want to be in that moral dilemma.”…

JC is no hippy environmentalist but his business model is based in the same communitarian spirit I tried to convey to the billionaires: the way to keep the hungry hordes from storming the gates is by getting them food security now. So for $3m, investors not only get a maximum security compound in which to ride out the coming plague, solar storm, or electric grid collapse. They also get a stake in a potentially profitable network of local farm franchises that could reduce the probability of a catastrophic event in the first place. His business would do its best to ensure there are as few hungry children at the gate as possible when the time comes to lock down.

His idea isn’t a novel one, but it’s probably difficulty to fathom for the billionaires that Rushkoff went to see.

Imagine a world in which people think fitting shock collars on their security teams is a reasonable course of action. Now imagine those people are in charge, and they’re unfettered by laws and media exposure. In their ideal scenario, we’d be looking at a new-age feudal system, where they have all the power and the rest of us have to kowtow in order to eat.

Freeze-dried food for thought, isn’t it?

It’s a system that has occurred throughout the history of the world, over and over again, when a few had the power of life and death over the many. It shouldn’t surprise anyone that if some folks had their way, it would happen again.

What are your thoughts on this? Do you have a security philosophy you want to share in the comments? Would you ever hire yourself out to people to handle security in return for safety? Let’s discuss this in the comments.

Hat tip to 1stMarineJarHead for the link!