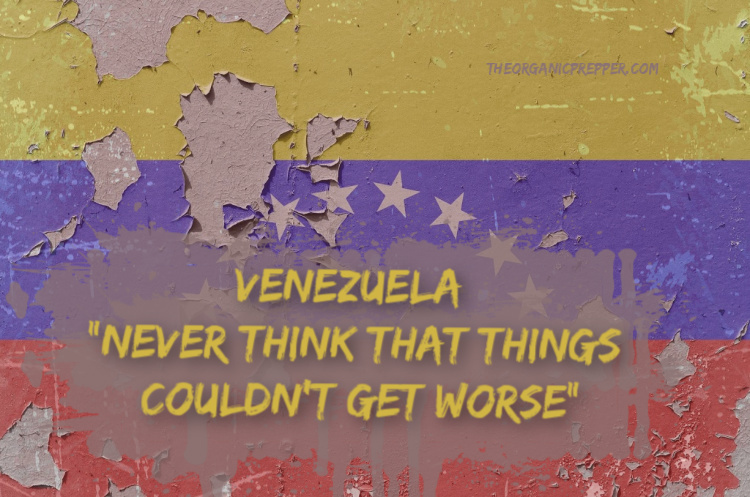 OK, we´ve all been quarantined for quite some time, haven´t we?

Some with more comfort, some other with less, but we´ve been confined. Western countries have been facing one of the worst crisis since the WW2. If you ask me, I´d say this is the beginning of WW3 but will leave that for one of my books, maybe. This article is about Venezuela.

This disease coming up to Venezuela is like being already sick, lying on the floor, starving in a dark room, and someone starts kicking the S out of you. Even worse…the last original source of the virus with the most people infected has been tracked to a prostitutes team brought from Europe by the son of a famous thug called Elvis Amoroso, a deputy of the illegal Constituent Assembly, at the price of 10.000 euros. They had a one-week party in Los Roques, a vacation paradise in some islands group in the Caribbean, North of Venezuela, and infected half of the population there, humble people who make a living from tourism.

Nowadays, the quarantine includes the prohibition of any kind of vehicles transit. No motorcycles, nor cars, nor trucks. There´s no fuel, of course, therefore the prohibition is….somehow useless. Don´t get me wrong: this has opened the doors for our fabulous black market entrepreneurs, the olive guys. Exhibiting a taste for capitalism that would make Rockefeller himself blush, these guys will provide you with the best fuel money can buy…even delivered at your door, if you like, for an additional price.

But let´s keep on focus. The average citizen in the medium-sized and larger cities is pretty much screwed. Power is rationed. Internet connection is slow and as intermittent as in some war-devastated places in Syria. In some places, a curfew is being enforced from 2 o´clock in the afternoon. The precious fuel is being wasted mercilessly by the useless patrolling of empty streets, with megaphones dictating orders to the people NOT to abandon their houses because of the orders given by the Emperor, I mean, the guy they insist in calling presidential figure.

As I mentioned in previous articles, there are enough supplies, but not enough money in people´s hands. You can find delicacies like chocolate cream to spread, peanut butter (yes this is a luxury item there) and plenty of other stuff, but only a small percentage of people can buy these things.

The police and NG exert strict control on the middle-class subdivisions, once converted in battlefields against the dictatorship back in 2014-15. People respect (probably because of their higher education level) the distancing and the use of protective personal equipment or PPE in bakeries and supermarkets. On the other hand, in populated barrios like Petare, any kind of crowd control to ask people to protect is useless. Too many people, they live off the day-to-day sales. This could be a recipe for disaster. Huge protests have been presented when uniformed guys tried to impede the activity of street vendors. What is worse, many Venezuelans can´t buy food to stockpile under these circumstances.

It´s now the moment to get rid of some precious metals or some other valuable item that you could have been keeping as a value reserve. A food stockpile, in case you have to bug out (in case things start to get even worse because it is always possible) and some jerry cans additionally to your full tank to get out of Dodge.

For some, the quarantines have barely made a change.

Some people I know have told me that, despite the lockdown, they´ve been so used to rationing that this has not affected them considerably. They´ve been accustomed by so much time of scarcity, that they don´t feel deprived of anything. Just like former URSS inhabitants, go figure.

Resigned to their sad, dark fate. But I refuse to accept poverty and scarcity.

Many Venezuelans live from retail sales, especially in the main cities. If they can´t go out and sell, they just can´t get the money they need. If their provider doesn´t have gasoline to get them new products to sell, everything grinds to a halt. If they can´t buy groceries because production is getting lost in the fields…it´s the perfect recipe for a massive social uprising, mixed with a contagious disease that takes away people´s lungs. Oh, dear.

And never think that things couldn’t get worse.

What I fear the most is what could happen once the contagion starts to spread among the uniforms.

Malnourished and crowded in their barracks, without money for sanitization products, things could get very nasty. And of special concern is the lack of reliable data. How is this going to be contained if we don´t have reliable data? We can´t just overthrow those guys, receive fuel to reactivate our economy, all while that disease bounces like a deadly ping pong ball inside our frontiers. Without the poorest neighborhoods applying the containment measures, this is going to be a mess.

This producer, from Timotes, Merida, informs they haven´t received a fuel supply since 22 days ago. They had to get cattle so they could eat the lettuce production, instead of going to waste.

This is a good serious source.

People have even tried to sell their products from their own homes but…how in heaven can you do this without people walking by your doorstep?? As I’m writing this, the gasoline is just the leftovers that remained in the storage systems.

Other things of note

Personally, my family lives in a very small town. According to what some of my acquaintances there described, it has been a protected pocket, far away from the turmoil and chaos in other places. Few towns can say that nowadays. But the strategic geolocation has proven to be highly useful. I don´t know if some kind of golden horde someday will show up (after having experienced this, anything can happen) but without fuel, this is not likely. On the other hand, there are plenty of places that surely will be stormed much before the hordes arrive there.

People who I´ve been chatting with says, one of the most impressive things is the silence, once power is gone. The absolute dark, and the silence, while the megaphones at the distance mercilessly keep repeating the warnings about not going outside.

I just can imagine the environment, and how it´s affecting those generations of children growing under such conditions. I´m deeply concerned about my family because while there is gasoline, even if rationed, mobility is easy. Without this, you´re limited even to bug out. Not that you can circulate, obviously. Bugging out under such conditions would be a death race. Almost all of the cases presented have been in Caracas, the capital city. This is to be expected, though. Given the economic collapse, my people can´t even go to the beach a few hours travel by car, much less overseas.

Something that has to be mentioned, is that illegally armed by Maduro gangs are already exhibiting hostile behavior. They know what will happen when people no longer have food in their homes. This is so sadly true that a single mom I know told me she just had 7 kg of rice for her two children, and no money. Another common aspect is the shutting down of water supply. It is coming in most places just two days or maybe three days a week for a few hours.

Let´s summarize what to expect, then.

My suggestions? I would just add to make sure your pantry doesn´t need any power to keep things frozen. That´s why I´m investing in a pressure canner and a ton of lids, instead of getting a diesel gen-set. And the current gasoline generator is going to be used to burn bio-gas.

But that, my dear fellows, is material for another article, and a good series of videos once I´m back in my homeland.

Jose is an upper middle class professional. He is a former worker of the oil state company with a Bachelor’s degree from one of the best national Universities. He has a small 4 members family, plus two cats and a dog. An old but in good shape SUV, a good 150 square meters house in a nice neighborhood, in a small but (formerly) prosperous city with two middle size malls. Jose is a prepper and shares his eyewitness accounts and survival stories from the collapse of his beloved Venezuela.

Thanks to your help Jose has gotten his family out of Venezuela. They are currently setting up a new life in another country. Follow Jose on YouTube and gain access to his exclusive content on Patreon. Donations: paypal.me/JoseM151