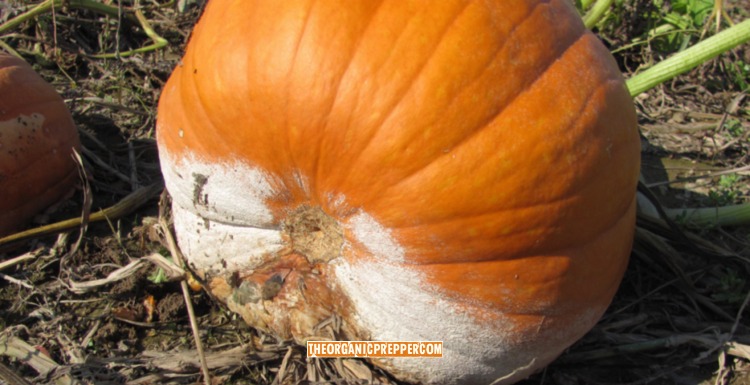 Shortages seem to be the theme of 2020 and 2021. Everything from meat to commodities and even semi-conductors made the list of possible or definite shortages. Now, the early onset of a fungus that attacks vegetables could leave us with no pumpkin pie at Thanksgiving and no Jack-o-Lantern’s at Halloween!

Phytophthora, classified as oomycetes, is a fungal genus with 170 described species and another 100-500 estimated waiting for discovery. Phytophthora is one of the water molds, and not one species is up to any good in garden or field.

P. infestans is the bug responsible for the Irish potato famine of the 19th century and is a severe problem in potatoes today. Members of this troublesome genus (listed below) infect the Solanaceae family, including potatoes and eggplant, cucurbits including squash and pumpkin, strawberries, and many economically significant trees, flowers, and shrubs.  P. parasitica attacks bell peppers, tomatoes, and eggplant. This infection is commonly called buckeye rot.

This article includes general information applicable to pumpkins, potatoes, tomatoes, strawberries, and peppers, common vegetables grown in home gardens. The source links throughout this article have pictures, which are, of course, handy to diagnose.

General signs and symptoms of infection for pumpkins and potatoes

Here is a condensed list of general symptoms of infection to help with spotting and diagnosing.

Cucurbit Fields: This infection usually appears first in low areas where soil remains wet for an extended period. Crown rot causes the entire plant to collapse and die. Water-soaked lesions are dark olive in the beginning and become dark brown in a few days. [source]

On pumpkin specifically, it affects the roots, stems, leaves, and fruits.

General signs and symptoms of infection for strawberries, peppers, and tomatoes

This site also includes interesting information on laboratory diagnosis in addition to specific root rot symptoms. You will find detailed information on useful fungicides and a fertilizer regimen for management as well.

Leather rot is currently an issue for me. The amount of Captan I used to get even a couple of big bowls worth is appalling. I can’t imagine eating the rotten fruit. It is that horrid looking.

Root Rot in Peppers: A few pepper varieties are resistant to the root rot phase of the disease but are susceptible to the crown rot phase. Varieties that are resistant to Phytophthora blight: Paladin, Aristotle, Declaration, Intruder, Vanguard, Hechicero, and Sequoia. [source]

The pathogen overwinters in infected tubers and diseased plants and adores cool, wet conditions. Nights in the 50s F with days in the 60-75 F range and high humidity over a 4-5 day period are highly conducive to blight development. Not only does the fruiting body of Phytophthora (sporangia) form thick-walled spores that can survive for several years (oocytes), it procedures spores are motile (zoospores.) Meaning they swim. And the zoospores last at least five years.

Crop rotation is crucial. Plant resistant varieties if possible. However, be aware resistance can decline over time. Resistant varieties are also likely to require some fungicide. Avoid planting susceptible hosts in fields where Phytophthora has been for at least three years. If irrigation is the chosen watering system, irrigate in the early morning, so the leaves dry quickly. Avoid using surface water as your source since it may carry spores.

Planting in raised beds with black plastic mulch helps drain water away from the plants and keeps fruits from direct soil contact. However, be aware that water can pool under the plastic and help spread the infection. Increase fungicide coverage on individual plants by widening the rows and reducing the number of plants in the field.

Minibeds on Plastic consists of several 30″ by 30″ small raised beds made of wood, spaced approximately 18″ apart and constructed on top of a plastic mulch barrier. The plastic inside the wood frames is cut out and removed and used as mini planting beds. Plastic over the area surrounding area holds moisture in the soil and prevents weeds from growing.

Sanitation is also a powerful preventative technique. Remove diseased plants as well as the plants adjacent to them. Burning or burying them may be your best option. Power wash equipment that’s been in a Phytophthora-infested field. If you’re using hand tools, bleach is your friend.

Fungicides: There are a number of these labeled for use on Phytophthora. Consider a combination treatment because the fungus has developed resistance to some of them, Mefenoxam, for example. As I said, this is a nasty genus and highly aggressive.

Are there more shortages headed our way?

Phytophthora blight is a nasty disease with a substantial economic impact. It’s challenging to eradicate, so prevention is your best defense. Even with treatment, my strawberry beds produced much less than usual. There is clear evidence that I’ll be treating my garden next year as well.

Perhaps this is a great time to learn how to grow pumpkins!

Have you had this disease infect your garden? Were you able to successfully manage it? Did your garden survive? Share your diseases in the garden stories with us in the comments section.

Special thanks to https://twitter.com/jdeezy2k3 for the tip! 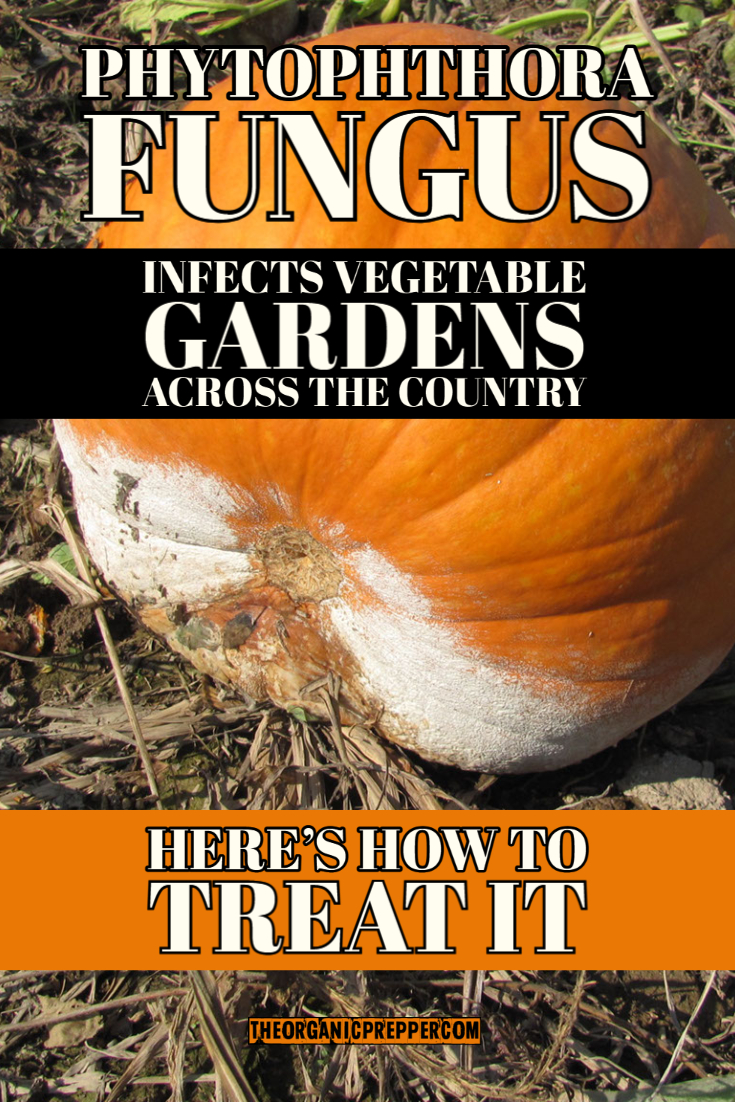