Why Do South American Drug Runners Keep Getting Caught With Uranium? 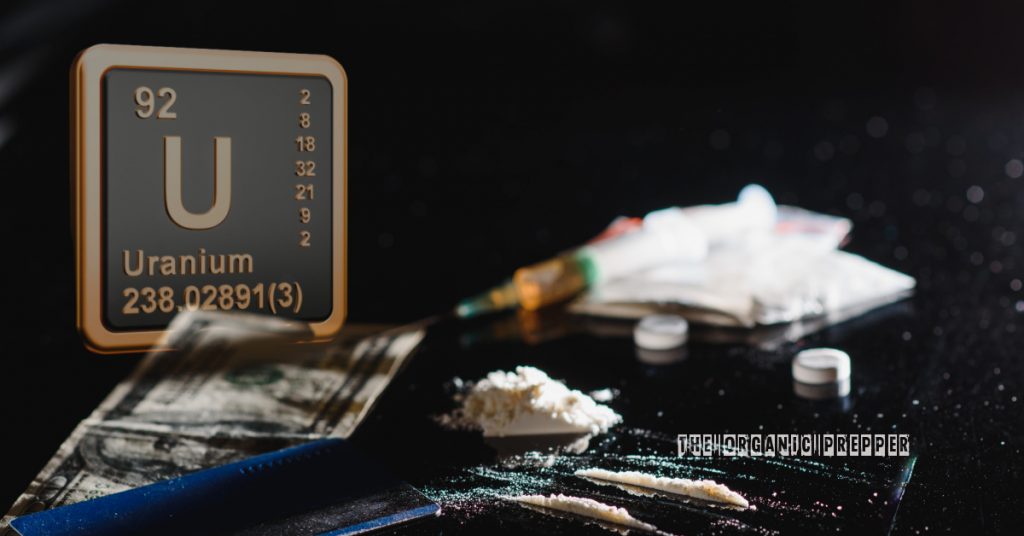 As Russia, China, and other nations hostile to the US boost their presence within South America, should it come as a surprise to find uranium being trafficked by South American drug runners?

There are reasons to believe that this has been happening under the table for some time now, and it is not good at all.

The current rulers of Venezuela exhibit openly close and strong ties with countries like Iran. It is not just a question of if they will build warheads with nuclear capabilities. Maybe they even already have them.

Anyone believing that they will not dare to use these warheads is wrong. The way a theocracy thinks is much different from our Western approach to life. Eleven thousand virgins are waiting.

Venezuela, showing a growing hostile attitude towards the USA and the West, has collaborated actively with the Iranian theocracy for over ten years.

Back then, the Venezuelan administrators did not support just Iran. They were already starting to improve ties with the different flavors of Colombian guerrilla too. It seems that, no matter what that group is, if they defy the USA and the West, they deserve a place at the table.

The citizens of Venezuela know their country could become a warfare launching pad, but there is not much they can do. They are under an iron grip and are being stomped on with increasing violence as time goes by. Even though the mainstream media doesn’t show it, this is the reality here.

This is an illegal activity and a real threat to world stability. Anywhere. The coincidence of rogue Iranians shutting down the cameras inside their enrichment plant according to the compulsory IAEA agreements with the recent trafficking events seems to remain ignored by the media.

Who receives the benefits? If a plant is used to produce radioactive materials for civilian use, why shut down the cameras in the first place?

Iran, China, and Russia seem to believe that this country will be easy to occupy and become a stronghold to threaten the USA domain over the Caribbean Sea and Central America, including Panama.

It seems Colombia is lost now, under the control of the former guerrilla member G. Petro. The shady result of this election is nothing positive for the future of the Americas.

(The following Spanish link exhibits the location of the radioactive mineral.)

Bolivia too has been on the Iranian radar for a long time as well.

Since 2006, at least. Bolivia’s strong man, Evo Morales, is another hardcore communist line in the region and holds a strong hate speech line against “Yankee Imperialism.” And Bolivia is rich in uranium and lithium, both considered strategic materials.

There are basically about six main areas where uranium is located there. While not all of these reservoirs are easily accessible, those easier to exploit are in the region of Tachira, a frontier area under the control of the socialist party and Cojedes. The other regions need access by air, using helicopters. Interestingly, the last studies of the radioactive levels of the mines started in 2019. Since 1998, not even one official position for the exploitation and peaceful use of this material went public.

The concerning part is that there is no possible way to know how much uranium is being extracted, traded, and where it is going/has gone.

Even common criminals here have been detained for uranium trafficking. These are people without any training or special gear. They possessed drugs for dealing, too. Uranium was just the icing on the cake for them. How many people are trafficking these materials? Is there any way to find this out? How is uranium trafficking even possible?

This is not the sole incident either. In March 2020, six men in Venezuelan were detained for uranium trafficking as well.

Regarding the alliances with troublesome friends, the ties with these rogue states interested in the forbidden materials are not new.

The Ahmadinejad speech in 2012, literally saying “our weapons are human values,” is enough to raise even deeper concerns. They forged “scientific” and “technological” alliances, but none of this money or agreements seems to have worked to improve the quality of life and general welfare of the Venezuelan people. Opening huge supermarkets with Iranian products is not exactly going to benefit anyone else but the owners.

The car factory here is now in ruins, as many others built or supplied by the Iranians are left behind to rot. So no, the “technological” cooperation approach is not true. It hasn’t produced a vehicle in many years, when it was once one of the flag projects of the Hugo Era “to get rid of the Yankee trades” and “start the technological independence process.”

According to local sources, none of the projects, including the affordable housing (with cracked buildings not surviving even 15 years), offered results in valuable improvements and additions to Venezuelan society.

(Don’t want to starve after an EMP? Check out our free QUICKSTART Guide to what to eat when the power goes out.)

For decades Venezuela was a strong ally of the USA.

However, the hate speech against the USA undermined this relationship, detonating and blowing it to pieces. It allowed the influx of former URSS soviet weaponry and use the country’s vast unpopulated areas to train terrorist groups. However, compared to the real possibility of Iran using uranium illegally extracted from South America to manufacture weaponry, this is a minor issue. The reality is in plain sight.

The recent detention of an aircraft in Argentina and Chile, one of them piloted by a Qud Force high-rank official, adds fuel to an already white-hot situation.

How about we connect the dots?

How a direct flight connection economically benefits both countries, when none of their people are remotely wealthy enough to have a business or even visit Iran, is out of the question. A total lack of transparency is the signature of the operations in this Iran-Venezuela relationship.

If a soft approach continues, the consequences for the West could be catastrophic.

The lax positioning of the US politicians is unbelievable.

Arguably, Iran’s major interest in Venezuela is to get the uranium out.  For argument’s sake, let’s say for a moment that, all of the uranium is not going to the plants nor end in the facilities to manufacture nuclear weapons.

Nevertheless, this uranium is effectively used as a currency to turn around international sanctions. They use the country as an alternative financial center in the shadows.

The lack of serious opposition from the US to the Iranian theocracy allows for a complicated situation in the medium term.

How this is going to evolve is yet to see.

The threat is a real one. It is there and will not go anywhere unless severe actions start to show the world will not tolerate a nuclear Iran.

What do you think is going on in South America with regard to uranium? Are you concerned about this trend? Share your opinions in the comments.