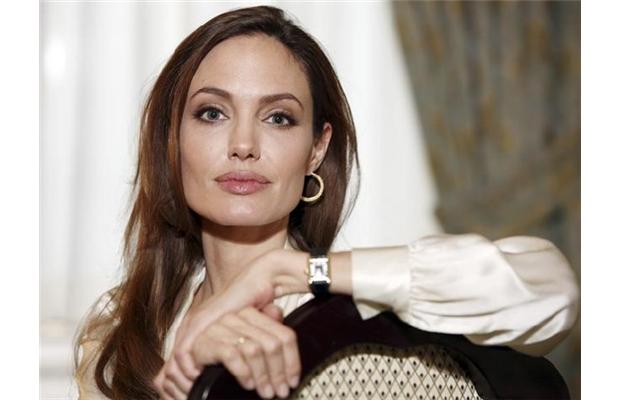 Just the mention of the word causes an immediate wave of fear through young and old, rich and poor, men and women.   The disease is no respecter of persons.

How far would you go to lower your risk of cancer?

If you are one of a growing number of women, you might go as far as to have a preventative double mastectomy.

Today the media is applauding the “medical choice” of Angelina Jolie, who has joined celebrities Sharon Osbourne and Miss America contestant Allyn Rose in having both of her healthy breasts removed.  Much is being discussed about her “bravery” in undergoing this procedure “proactively”.

I’m personally appalled by this action, and I know my opinion won’t be a popular one.  Particularly in the case of Angelina Jolie, I am disturbed, because of the influence she has.  She is a beautiful woman, a very popular celebrity, and a UN ambassador.  Her influence is broad – many people respect her activism, and for that reason, I am fearful that many other women will consider this to be a wise course of action.

Mutilating your healthy body by undergoing a series of traumatic, invasive surgeries does not sound like good preventative care to me.  It sounds like a very expensive, self-mutilating reaction to tests that say you “might” have a health issue in the future. No matter what the percentages are that you could develop cancer in the future, the fact remains that you are removing parts of your body that are currently healthy.

Breast cancer has become a multi-billion dollar industry, with all of the “Think Pink” products available in stores, the Run for the Cure races, and the celebrity pleas for donations.  An estimated $6 billion per year has been collected from the well-meaning purchasers of all that pink gear and only a small portion of it has actually made its way to the researchers.

Now we can add voluntary surgery to the profit side.  The scare tactics from the “Think Pink” crowd have hysteria over this terrible disease at a fever pitch.  Throw in a few beautiful people having their bodies mutilated “preventively” and easily influenced, frightened women will hop on-board.

All of this has to do with normalizing something that should be anything but normal.  Cancerous tumors growing inside your body should not be a common thing, but these days, it is.

The President’s Cancer Panel, a three-person panel that reports to the U.S. president on the National Cancer Program calculated that 41% of Americans will be diagnosed with cancer during their lifetimes.  If you’re male, the chances are 1 in 2 that you will be diagnosed with some type of cancer, and women have a 1 in 3 chance of hearing the diagnosis.

A Global Cancer Statistics for 2011 study names cancer as the #1 killer in the western world and #2 in developing countries.

In 2000, prominent holistic researcher and practitioner Burton Goldberg addressed the US Senate regarding the increased incidence of cancer:

“A century ago, one in 33 people had cancer; today, according to the American Cancer Society (ACS), it is more than one in three, and growing. When I was born in 1926, cancer was the tenth leading cause of death among children – now I am 73 and it is second. No other health topic today has the urgency of cancer because no other health condition is escalating as fast.”

The outlook is not improving, either. Despite the billions spent on cancer research, the World Health Organization predicts that deaths from cancer will DOUBLE by the year 2030.

Big Pharma, Big Agri and Big Business are getting rich off of poisoning Americans.

Instead of having a “preventative surgery” what if we tried to prevent cancer by reducing the exposure to toxins that cause cancer?  Whether or not you have the genetic markers for a disease, there are still many things that you can do to keep that disease from developing that do not include voluntary amputations.

There are steps you can take to limit your exposure to the toxins in our environment that  are proven to cause cancer.  When you do, be prepared for many people to consider your actions extreme. Interestingly enough, some of those very same people are the ones applauding the drastic measures of voluntary double mastectomies. I can’t tell you how many times I have watched people roll their eyes or scoff when I refuse to partake in things that are hazardous.  Somehow, drinking water from my own BPA-free water bottle is considered to be more extreme than someone’s “brave choice” of  having body parts removed.  Somehow, not taking my children to McDonald’s or feeding them hot-dogs and Doritos is “mean”. Making our body care products and cleaning products from wholesome, non-toxic ingredients is “silly”.

People can laugh all they want.  They can consider me dramatic and hysterical.  I am making my own “brave choice” to take care of my family by reducing our exposure to everyday carcinogens.

Be truly proactive. Commit yourself to your health and the health of your family by identifying the dangers and then go against the current of popular opinion to avoid these perils. Don’t think pink, think green.

Instead of having a life-altering surgery, take steps to rid your environment of as many cancer-causing toxins as possible.  We are breathing them in, eating them, and rubbing them on our skin. While changing your lifestyle is not a guarantee against cancer, neither is surgery.

Be radical.  Make the “brave choice” of living a clean life and avoiding toxins.