The Great American Dragnet: Over 200 Million People Are in the Facial Recognition Database 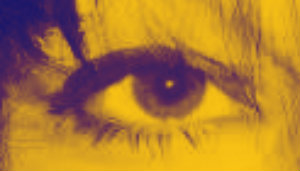 You are probably participating in the facial recognition database whether you want to or not. Most likely, your visage is there to be easily identified, without your consent, even if you’ve never committed a crime.

Using the vague criteria of “law enforcement purposes”, the United States has more than 200 million Americans filed away in various facial recognition databases.  If you have a driver’s license or any other government photo ID, your face is probably one of them.

Law enforcement use of such facial searches is blurring the traditional boundaries between criminal and non-criminal databases, putting images of people never arrested in what amount to perpetual digital lineups. The most advanced systems allow police to run searches from laptop computers in their patrol cars and offer access to the FBI and other federal authorities.

Such open access has caused a backlash in some of the few states where there has been a public debate. As the databases grow larger and increasingly connected across jurisdictional boundaries, critics warn that authorities are developing what amounts to a national identification system — based on the distinct geography of each human face.

There is no way to “opt out” of this for privacy reasons if you intend to be a licensed driver in the United States. Have you noticed that now when you go to have a driver’s license picture, you aren’t allowed to smile?  That’s because it can throw off the ability of scanners to “recognize” you, because it changes the shape of your eyes and can also obscure your eye color.  For the same reason, you aren’t allowed to wear glasses, long bangs, or head coverings.  Your face is being catalogued for future identification purposes.

Only 13 states have not gone into full-out Big Brother mode with facial recognition…yet.  At this time, the states without the technology are Alaska, California, Wyoming, Arizona, Mississippi, Louisiana, Missouri, Michigan, Ohio, Virginia, Maryland,  Maine, and New Hampshire.  However, even though they don’t have the technology to readily identify residents, they still have millions of photos in their databases.

What’s more, it isn’t only our driver’s licenses that we have to worry about.  Another, even larger, database exists. The US State Department has a database with 230 million searchable images.  Anyone with a passport or an immigration visa may find themselves an unwilling participant in this database.   Here’s the breakdown of who has a photo database:

This invasion of privacy is just another facet of the surveillance state, and should be no surprise considering the information Edward Snowden just shared about the over-reaching tentacles of the NSA into all of our communications. We are filing our identities with the government and they can identify us at will, without any requirement for probable cause.

The authorities that use this technology claim that the purpose of it is to make us safer, by helping to prevent identity fraud and to identify criminals.  However, what freedom are we giving up for this “safety” cloaked in benevolence? We are giving up the freedom of having the most elemental form of privacy – that of being able to go about our daily business without being watched and identified.  And once you’re identified, this connects to all sorts of other personal information that has been compiled: your address, your driving and criminal records, and potentially, whatever else that has been neatly filed away at your friendly neighborhood fusion center.

Think about it:  You’re walking the dog and you fail to scoop the poop – if there’s a surveillance camera in the area, it would be a simple matter, given the technology, for you to be identified. If you are attending a protest that might be considered “anti-government”, don’t expect to be anonymous.  A photo of the crowd could easily result in the identification of most of the participants.  Are you purchasing ammo, preparedness items, or books about a controversial topic?  Paying cash won’t buy you much in the way of privacy – your purchase will most likely be captured on the CCTV camera at the checkout stand, making you easily identifiable to anyone who might wish to track these kinds of  things.  What if a person with access to this technology uses it for personal, less than ethical reasons, like stalking an attractive women he saw on the street?  The potential for abuse is mind-boggling.

If you can’t leave your house without being identified, do you have any real freedom left, or are you just a resident in a very large cage?