The “Average” EBT User May Not Be Who You’d Expect 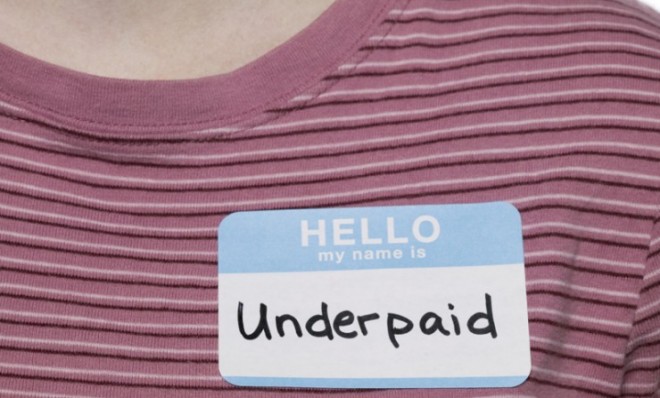 When people think of the average EBT (Electronic Benefits Transfer) card user, they envision a career welfare recipient who has 12 kids by 11 different prison-residing fathers.  Because of this notion, when the story broke this weekend about the EBT system failure, many of the responses were quite cold, callous, and even downright spiteful.

Of course, the rioting through Wal-Marts across the nation certainly didn’t help.  Within hours the shelves were razed. The abandoned shopping carts of melting food and the carefully selected hungry spokespeople on the mainstream news just served to reinforce the conception that those who were left to go without groceries deserved to miss a few meals.

But….who IS the average EBT user?

Nearly 48 million Americans receive assistance to buy food, which is up from 32 million when Barack Obama took office. While we know there has been a concentrated effort to get more people to accept assistance, the sheer volume of those who cannot afford food anymore is a symptom of the greater economic problems plaguing the country. It’s also important to note that in some states, if a person’s ex-spouse is in arrears for child support and has his or her wages garnished, the custodial parent receives that payment through the EBT system.

Over the past decade, many formerly middle class people have been cast into poverty through no fault of their own.  They’ve lost their jobs, their homes, and their cars.  When you have no job, or you have a job that pays only minimum wage, how can you keep the electricity on, keep your children clothed, and still feed your family?  Through the deliberate impoverishing of the middle class, people are being controlled and enslaved.  Innocent children, through no fault of their own, are going hungry – for some of these kids the only meal that they get in a day is the free lunch offered at their school.

So before you say, “So what?” or “Well, I had to pay for my groceries – I have no sympathy for them”, stop for a moment and think about why formerly hardworking people may have had to sacrifice their pride and accept some help.  Think about the jobs that are no longer available.  Consider the hours that are no longer offered at once full-time jobs.

Some people abuse the system.  Illegal immigrants are encouraged to be on the dole. We can all tell stories about the “welfare queen” with an iPhone and a grocery cart full of steak and lobster.

But for a large percentage of formerly middle class Americans there has been a mighty fall – one deliberately set up by our own government, by the banking system, and by the “1%”.

There but for the grace of God go I.

This article is not a statement on whether or not the welfare system and social programs should exist, or how they should be funded.  This is a discussion of how hard-working families just like mine and yours can quickly fall into desperate straits through the machinations of those in power.

How do we fight back?

If you are lucky enough to still be gainfully employed, it’s time to become self-sufficient.

This is how we will be able to withstand the assaults on our freedom.  Every bucket of rice you put away, every seed you save, every bite of food you grow – is a strike against the machine.

Those of us who prepare for the difficult times ahead are the ones who stand between the total domination of the powers that be and the freedom that they would take away from us.  By understanding how hunger can be used against us, and then taking the initiative to prepare for that grim day, we can’t be controlled as easily as those who have spent years accepting the handouts and trudging along with the herd.

By making intelligent choices to ensure our survival and that of our children, we can resist.  Every meal that you put away keeps you a little bit safer from tyranny.  Every seed you plant hardens you against threats and bribery.  Your self-sufficiency is what will keep you free. (source)

Be thankful that you have had the foresight and the means to prepare for the eventuality of a further economic decline.  Remember that the mainstream media and the government have a vested interest in widening the chasm between the “haves” and the “have-nots” because a divided populace is an easily conquered populace.  Don’t be manipulated. Practice compassion.  You don’t know the circumstances that caused the person in line in front of you to be swiping a card to feed his or her family.  They just might be victims of a system determined to enslave.