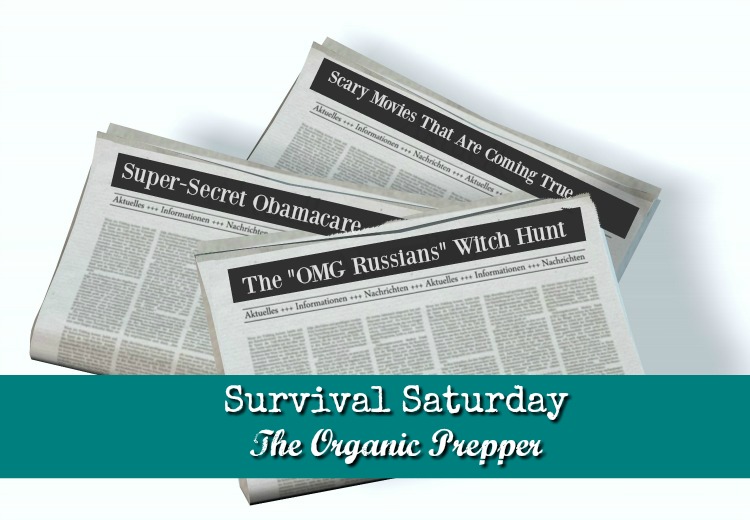 This week on Survival Saturday, we’ll talk about how Obama appears to be behind the “OMG Russians” witch hunt, why lawmakers are hiding the super-secret new Obamacare bill from everyone, and 5 scary movies that are actually coming true.

It looks like Obama is behind the Trump Administration/Russia witch hunt.

Initially, I wrote the whole “omigawd it’s the Russians” hysteria off to sour grapes. After all, the Democrats needed someone to blame besides themselves for Hillary Clinton’s stunning loss to Donald Trump.

But it turns out that the whole “Russians” plotline seems to have been masterminded by none other than the president we all couldn’t wait to get rid of, Barack Obama. And even the New York Times has quietly admitted it. With, of course, a pro-Obama spin: Obama Administration Rushed to Preserve Intelligence of Russian Election Hacking.

In the Obama administration’s last days, some White House officials scrambled to spread information about Russian efforts to undermine the presidential election — and about possible contacts between associates of President-elect Donald J. Trump and Russians — across the government. Former American officials say they had two aims: to ensure that such meddling isn’t duplicated in future American or European elections, and to leave a clear trail of intelligence for government investigators…

…Mr. Trump has denied that his campaign had any contact with Russian officials, and at one point he openly suggested that American spy agencies had cooked up intelligence suggesting that the Russian government had tried to meddle in the presidential election. Mr. Trump has accused the Obama administration of hyping the Russia story line as a way to discredit his new administration.

But here’s the thing. There isn’t so much as a shred of evidence that the Trump administration has done anything that the Obama administration didn’t do. The FBI has said that the whole thing is bogus. The CIA was pro-Clinton all the way, so it’s no surprise they’d try to undermine Trump.

All of this is because Obama wanted war with Russia – he tried repeatedly to make it happen –  and Trump wanted to get along with Russia. Now, I’m not a huge fan of Trump, and I detest his choice for Attorney General due to his unconstitutional beliefs about civil asset forfeiture and the idiotic “war on drugs” that seems to be centering on overriding the legalization of marijuana by using federal charges. But the whole “Russia” thing is a ridiculous grasp cooked up by and promoted by former President Obama. Why can’t he just go somewhere and quietly play golf like all the other former presidents?

An excellent analysis by a writer at The Ron Paul Institute refers to the same article and pins the blame squarely on Obama:

The whole effort by the Obama administration started only after Trump was elected:

In early December, Mr. Obama ordered the intelligence community to conduct a full assessment of the Russian campaign. In the weeks before the assessment was released in January, the intelligence community combed through databases for an array of communications and other information — some of which was months old by then — and began producing reports that showed there were contacts during the campaign between Trump associates and Russian officials.Again – there is nothing illegal with such contacts. These are routine and happen all the time. US ambassadors all over the world routinely talk with local politicians in foreign countries. The Russian ambassadors do nothing different. This is known as diplomacy. There was no reason for the incoming administration to avoid such contacts with German, South African, Japanese or Russian officials or semi-officials. They intelligence community knows that there is no evidence that Russia interfered in the election. If it had any it would have long provided it.

When Scary Movies Come to Life…

Check out this video and a link to an article on predictive programming that I wrote last year.

The repeal-and-replacement of Obamacare isn’t happening as quickly as a lot of people would like – and what’s worse is that it’s happening under a cloak of complete secrecy. And that secrecy even applies to members of Congress.

So what’s in that bill that they don’t want us to see?

Sen. Rand Paul is a physician – so you’d think that his input would be pretty valuable to anyone trying to create legislation covering, well, you know, medical care. It seems that his input isn’t wanted, though. In fact, the architects of the new bill won’t even let him read it.

Yesterday he went on a search for the new bill, armed with his own copy machine. He was met by guards who were “protecting” a room in which the bill was said to be housed and told that there wasn’t a bill to read. Some other people – although not Paul – were allowed in the room and confirmed, that indeed, the armed guards were not lying – there was no bill. (source)

If you aren’t following Rand Paul on Twitter, you are missing out on comedy gold. The man is irreverently hilarious. Be sure to check out his #whereisthebill tweets.

A while back, during the last round of those terrible storms during which the roads were caving in, I got bitten by what I assumed was a spider, due to the little fang marks on my finger. Luckily, I had the supplies at home to treat it, since for the first few days, we couldn’t leave the house for medical care due to mudslides. I used antihistamines, a drawing salve made from activated charcoal (at the advice of my friend Cat Ellis, the author of Prepper’s Natural Medicine) and cortisone cream.

But home treatment wasn’t sufficient. Apparently, it is not uncommon to develop a skin infection called cellulitis from a bite and this isn’t something that you can just manage with home remedies.

I managed the swelling and reaction for a week, then suddenly my hand ballooned up and turned bright red. I went to a walk-in clinic since my regular doctor was out of town. $300 later, I left the pharmacy with some outrageously expensive antibiotics.

The swelling continued. Thankfully, my doctor had returned and was able to get me right in after I sent him a photo of what my hand looked like.  Apparently, the spider was venomous, most likely a Black Widow (they’re common in our area.) I got an injection of antibiotics and am returning next week for another – but check out the difference. The photo on the left was taken right before the injection and the one on the right was 3 hours after. 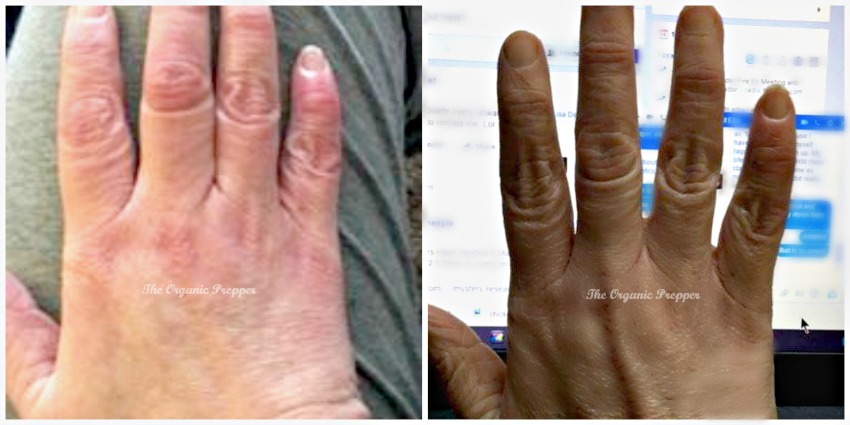 It’s pretty scary to think about what would happen in a situation like this post-apocalyptic-disaster when there is no medical care and no hardcore antibiotics available. I’m sure you all know some of those nutty people who say “Bring it on! We need a culling!”

But – accidents happen and they’ll happen even more often in a changed world. This wasn’t something I could have easily prevented – it happened inside the house, not out in the woodshed, where I always wear gloves. And what will you do in response to those accidents if the doctor isn’t a phone call away?

The moral of the story?

And stop wishing the world away. Because with everything bad that you’ll get rid of, there are important things that won’t be around either.

Do you have any news links you want to share? What are your thoughts on the topics above? Now’s the time! Please post your links in the comments section below and join the discussion! Share your stories and suggestions in the comments below.