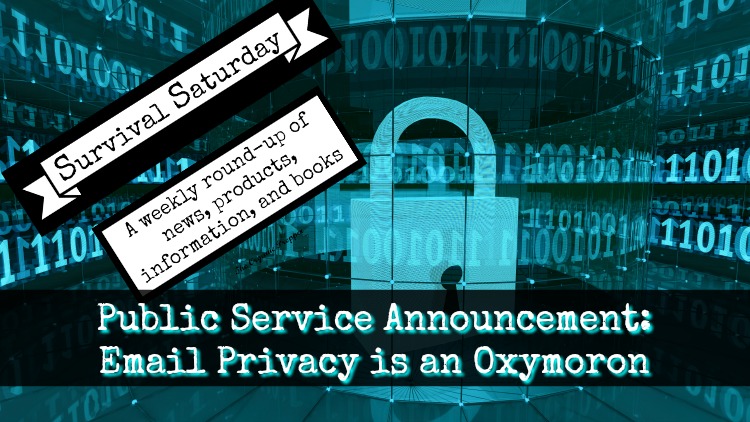 July sure has been a huge news month, what with all of the political wrangling leading up to the Presidential elections.

It mostly boils down to one thing. Here it is, my public service announcement that should be obvious, but clearly isn’t. Email is not private. Email is never a secure form of communication. “Email privacy” is an oxymoron. Nothing is hackproof. And if we learn that, we’re smarter than Hillary Clinton and basically everyone on the Democratic National Committee. Holy cow, could they be any dumber?

This week, we’ll check in on the devolution of Venezuela, where Maduro is now planning to force people to work on farms, we’ll talk about the newest Clinton email catastrophe, and join hands to send our good wishes for the long life of Julian Assange, the head leaker behind Wikileaks, who just keeps on bringing corruption to light.

With his country considered the home of the world’s worst economy, Venezuelan President Nicholas Maduro decided to turn the citizens into slaves too. I mean, why not? They’re complaining about hunger, so he figured they’d better get out there and grow some food. Chop, chop, hungry people!

In a unilateral decision not approved by his national Congress (who actually wants to impeach him), Maduro issued a decree that will force public and private sector employees to work in the fields for up to 60 day increments unless “circumstances merit” the work terms being extended.

This isn’t a “punishment” although those sent to the fields might disagree. According to Maduro’s decree, the employees will still get paid their normal salaries by the government and the jobs they are leaving for 60 days will still be there when they return from the farms.

Can you imagine if some of the pampered folks in the US suddenly got forced to work in the fields? Take a sip of coffee and mull over that mental image for a moment. It’s one thing to choose to grow food, like many of us do, but some folks just aren’t fond of the smell of manure in the morning. Or lifting heavy stuff. Or digging. Or hot, stinky, dirty physical labor in general.

Of course, the real problem in Venezuela isn’t the lack of agricultural workers.  Zero Hedge opines:

While we’re “sure” President Maduro’s intentions are good, we’re somewhat skeptical of his plan.  As we recently reported (here), the real issue at hand in Venezuela is, of course, the hyperinflation death spiral gripping the Socialist nation in the wake of the collapse of their oil-dependent economy.  As Miguel Pérez Abad, minister of industry and business, recently told Reuters the decline in domestic production is being exacerbated by plummeting imports which are likely to fall by 60 percent this year, compared to 2015.  As a local baker pointed out, “We cannot make more subsidized bread with the current cost of flour.  We always end up losing, but we cannot afford to stop making bread either.”

Per the FT, local merchants are being forced by an increasingly oppressive military to sell groceries at a loss to avoid civil unrest…

Meanwhile, President (for now) Maduro says the whole ball of financially decrepit wax can be blamed on the US. He believes this so sincerely that he recently declared a 60-day state of emergency, stating, “Washington is activating measures at the request of Venezuela’s fascist right, who are emboldened by the coup in Brazil.”

Because this full economic meltdown, not unlike the collapse of Argentina a few years back, couldn’t be a result of the socialist policies started by Chavez, naturally.

Another Day, Another Clinton-Related Email Scandal

Is it just me or do all of the stars in the universe seem to be aligning to tell Hillary Clinton:

Maybe she figured since she was unscathed by the FBI investigation into her treasonous lack of security with national secrets on her home email server that she was perfectly fine to continue on. But then, after the Democratic National Committee’s emails were hacked, showing the entire world how little the DNC thinks of their supporters and their disregard for being unbiased, you’d think that she would have said, “Hmm…there seems to be a pattern here.”

Nope, instead, she took a look at Debbie Wasserman Schultz, the absolute worst transgressor in the DNC’s successful efforts to discredit the popular candidate Bernie Sanders, and said something along the lines of, “Hey, I like the cut of her jib. I’m going to give this woman a job at the helm of my campaign.”

But it didn’t stop there. Now the Clinton campaign itself has been hacked.

“…a campaign official said hackers had access to the analytics program’s server for approximately five days. The analytics data program is one of many systems the campaign accesses to conduct voter analysis, and does not include social security numbers or credit card numbers, the official said.

How ridiculous. We all know that Hillary Clinton is eminently trustworthy and responsible and would never risk national security by allowing her emails to get into the wrong hands. This is an obvious overreaction.

They’re blaming the Russians for the hack, which means, of course, it’s actually Trump’s fault because he made a joke about that and they must have thought he was serious when he said, “Russia, if you’re listening, I hope you’re able to find the 30,000 emails that are missing.” Oh, Donald. How well I can relate with snarkery being taken seriously or out of context. That has gotten me in more trouble…

The Director of National Intelligence, James Clapper, is however not convinced it’s Russia who hacked the Clinton campaign and seems to want us to all shut up about the possibility, lest we tick off Vladimir Putin.

Speaking on Thursday, Clapper said that Americans need to stop blaming Russia for the hack, telling the crowd that the US has been running in “reactionary mode” when it comes to the numerous cyber-attacks the nation is continuously facing.

“I’m somewhat taken aback by the hyperventilation on this,” Clapper said, as cited by the Washington Examiner.

“I’m shocked someone did some hacking,” he added sarcastically, “[as if] that’s never happened before.”

Come on, Wikileaks.  Spill it already!

Meanwhile, I don’t know about you, but I’m chomping at the bit to see what Wikileaks releases next. I’m crossing my fingers that it’s about the Clinton Foundation. Julian Assange is the man.  (Here’s a documentary about him that is free over on Amazon if you have Prime.) Last week, he said that more Clinton-related leaks were coming and that they could provide enough evidence for an indictment. He says that the hacks, by the way, did not originate from Russia.

I wish he’d just spit it out already, instead of boasting about it, because I just can’t help but flash back to Andrew Breitbart (and the coroner who examined him). We never did get to learn the secret he died before telling. I’m sure Assange has a strategic moment in which he plans to release it, ala the Wasserman-Schultz/DNC debacle.

We got to learn a little bit about how the Clinton’s have been getting wealthy selling favors – oops, I mean half a million dollar speaking engagements – in the movie Clinton Cash (based on the best-selling book) this last week. If you haven’t seen it, watch it here for free.  Be sure to share the link to that movie because everyone needs to see the blatant corruption and abuses of power.

The Highlights and Lowlights of the Democratic National Convention

I was going to write a little blurb about this but I got carried away. I know that not everyone is interested in this, so I wrote up my observations about the convention here, complete with my usual snarky commentary and amusing videos. Enjoy!

Boomerang Chavez: The Fraud That Led to Venezuela’s Collapse

The Modern Survival Manual: Surviving the Economic Collapse (This is a must-read book about the firsthand experience of a young man who lived through the collapse of Argentina)

Clinton Cash: The Untold Story of How and Why Foreign Governments and Businesses Helped Make Bill and Hillary Rich

Righteous Indignation: Excuse Me While I Save the World (Andrew Breitbart’s book – it’s truly excellent)

The Pantry Primer: A Prepper’s Guide to Whole Food on a Half-Price Budget

The WikiLeaks Files: The World According to US Empire

It’s easy to get off track with prepping during the summer. Check out the 12 Best Prepper Summer Vacation Ideas and choose one or more to do with your family.  Prepping doesn’t always have to be serious, but it does need to be consistent.

Of interest to preppers is this news:

How Much Time Would You Have to Prepare for a Supervolcano?

You’ve probably been noticing that things are going downhill and picking up speed. Here are some articles I found this week that will help you to get prepared for the inevitable crash at the bottom.

Why You Must Take Advanced Shooting Classes