The Highlights and Lowlights of the Democratic National Convention 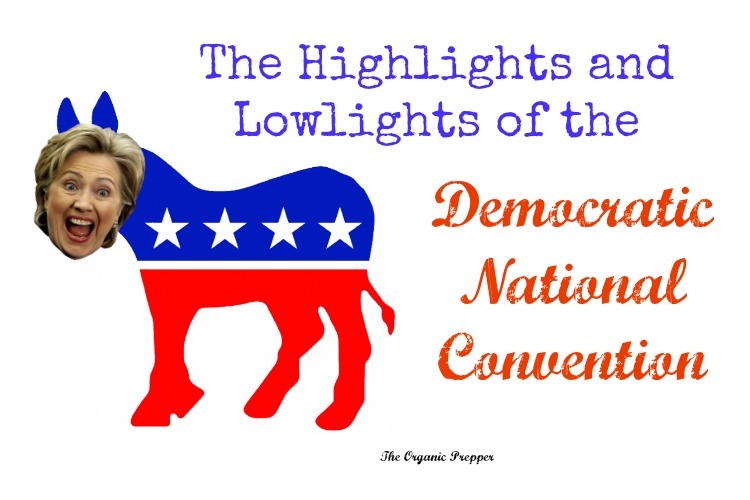 It’s time to pick up your 10-pack of Hillary for Prison bumper stickers because it’s official. Dirty, rigged, and corrupt, but official. Hillary Clinton is the nominee for the President of the United States, whether the majority of the folks at the Democratic National Convention like it or not.

Ah, politics, the circus in which the elite and powerful perform for us, the peons, in hopes that they are so convincing in their roles that we believe we actually have a choice and can decide which venereal disease is right for us, gonorrhea or syphilis.

Thus far, this election has been studded with characters we love to hate: a narcissistic, self-proclaimed billionaire and an evil woman with a slippery penchant for getting out of the darnedest squeezes. Don’t forget the kindly, somewhat doddering uncle who gets mistreated and underappreciated by the family, the spiteful family acquaintance who flagrantly displays is sour grapes when he loses yet again to the billionaire, and the conniving cousin who gets busted doing the stuff everyone else asked her to do in the first place.

Ala the Hunger Games, all of this is televised for our viewing entertainment, and like the characters in a soap opera, we can analyze them, pretend to understand their motives, jeer our chosen villains, and cheer for our favorites.

While everyone (including the Department of Homeland Security) was worried about all heck breaking loose at the Republican National Convention, it seems that they should have been worried about those crazy Democrat kids.

Here it is, that moment, you’ve all been waiting for, my take on the Democratic National Convention.

Wikileaks dropped an information bomb the day before the convention started. Approximately 20,000 emails were released and showed without a doubt that the Democratic National Committee, which is supposed to be an unbiased tool of the party, colluded with the media to do everything possible to discredit Bernie Sanders and make sure HRC got the nomination. The whole thing was rigged (which most of us have known for ages) and now there’s irrefutable proof that only the most brainwashed cultists could possibly ignore. (Find all of the emails here.)

People were furious. Debbie Wasserman Schultz and Nancy Pelosi were booed off the stage and had to be escorted out by security. Wasserman Schultz was fired/stepped down from her position as chair of the DNC, but then Hillary Clinton immediately said “Screw You” to the angry Democrats and hired her as honorary campaign chair. I guess she has a point. DWS proved exactly how low she’d go to help the Clinton campaign, so…

The DNC built a wall to keep protesters out.  They might not like the idea of Trump’s wall between the US and Mexico, but they have no problem building their own. The DNC erected an 8 foot high, 4 mile long perimeter around the convention. Ironically, in her acceptance speech, HRC said, “We will not build a wall”…just one to keep out the troublemakers, I suppose.

Bernie Sanders actually won the first roll call. But the DNC tossed it out and performed  a “re-vote” during which a whole bunch of people changed their minds after coming there to vote for Bernie…hmmm…

But they couldn’t keep them all out. So vehement and noisy were the protestors that the DNC had to rent a white noise machine to cover the boos of the Bernie delegates during HRC’s speech.

Here’s just a sample of what they tried to hide from the world at the DNC.

Hillary Clinton’s speech marked a supposedly historic event – the acceptance speech of the first woman to be nominated for president.

Except, oops, she wasn’t actually. 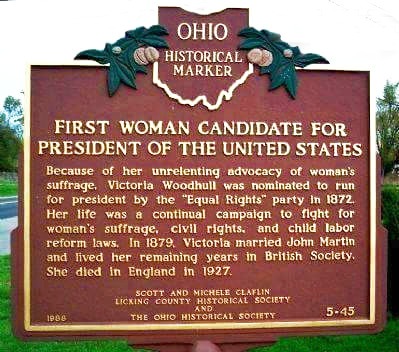 Anyhow, back to the speech.

Because I love you guys, I actually sat down and tuned into the speech. I really wanted to hear it before reading about it and seeing the opinions of the pundits. Here’s what I personally took away from the speech.

First, there was a very familiar voice that came over the speakers to proclaim HRC as the female messiah and it actually sounded sorta like God. Except it wasn’t God, it was Morgan Freeman, who played God in Bruce Almighty.  Phew. I knew that couldn’t be right.

Morgan Freeman lauded Hillary Clinton to the heavens, and but finally got back to reality when he mentioned her “lighting up the world.” Because, you know. Bombs. She really likes to blow stuff up, much like her esteemed Democrat compadre Barack “Drone ’em” Obama.

Hillary tried really hard to sound down to earth when she talked about “waking up in that big ole White House.” A few more minutes of that and I was struggling not to vomit.

Here are the rest of the low points that I noted on Facebook (with lots of fun input from readers there!) and Twitter:

“I want to thank Bernie Sanders” …For still endorsing me even though I screwed you without buying you dinner first.

“We will not build a wall”….except around this convention. We’ve got a big wall here to keep y’all troublemakers out.

“It’s true – I sweat all the details about the cost of your prescription drugs”… it’s true because when Big Pharma wins, HRC wins.

“I’m not here to take away your guns” …even though gun control has been a huge plank in her platform.

Speaking of following the money, here’s a list of Hillary’s planned tax hikes. If you think you’re paying a lot now, just you wait. Someone’s gotta pay for all of the freebie stuff she’s promising people.

I’ll bet when they got home and she saw the video of her husband falling asleep during her historic moment there was hell to pay. Notice the moment when everyone around him realizes he’s dozed off and Minion Kaine politely tries to block him from the cameras.

But then everyone woke up and played with balloons. They played with red, white, and blue balloons with all the rapture and wonder of little children invited into the ball pit at McDonald’s for the very first time. It was kinda weird.

I suggest that if we have to listen to Hillary Clinton speeches for any time in the foreseeable future that we create a national drinking game with shots for coughing fits and individual drinks for incidents of throat clearing. Then, the day after all of her addresses should be excused from work, nationwide, due to widespread hangovers. Seriously, there’s something medically wrong with her.

Here’s the whole Hillary enchilada for those of you who can stomach it.

Any other Democratic National Convention insights? Please share them in the comments section below.