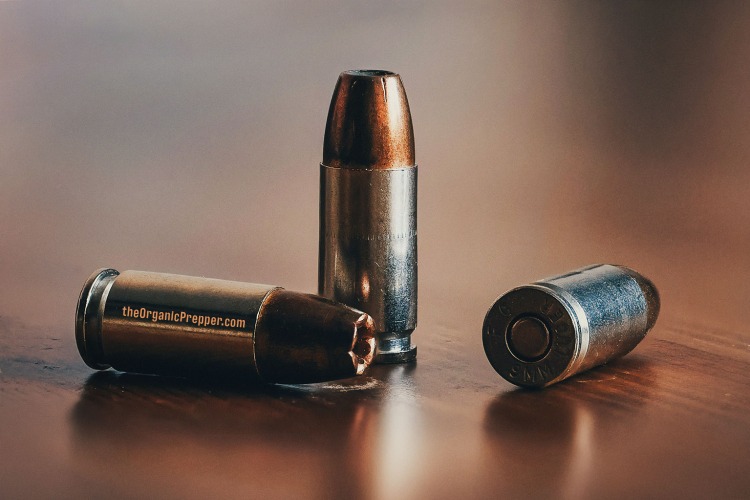 For some law enforcement officers, a civilian with a gun is dangerous, whether mentally stable or not. It stands to reason that just as there are mentally unstable citizens, there are also compromised officers.

Laws, opinions, and ideologies on gun ownership and gun control differ worldwide. South America, for example, never wanted its citizens armed. It isn’t a process that happens overnight. It doesn’t start with outright confiscation. Selco has written about it too.

Citizens have been programmed for years NOT to fight crime.

Gun laws in South America have been an inquisitorial ruling for hundreds of years. An almost nonexistent ruling by the dictatorship regarding crime and self-defense has gotten citizens used to being unarmed and helpless when faced with criminals.

The “authorities” recommend citizens to give all the valuables to the criminals, stay put, and do not, by any means, defend themselves. Of course, this is one of the reasons for the high rates of crime in the cities.

On the other hand, though there seem to be no arbitrary laws, someone arming themselves for protection with a weapon bought on the street can expect problems.

As a result of the lengthy, impartial, inquisitory method, South America deals with one of the worst drug problems globally, and armed forces and law enforcement organizations are inundated with violent gangs in several countries.

What do South American officials claim the general perception of gun possession to be?

In South America, possession of a gun equals violence, rather than the hand of a violent criminal who holds the gun.

This statement is just one of the many efforts made to minimize civilians owning guns. Law-abiding South American citizens are deterred from possessing a firearm for defense, hunting, or even practice target shooting.

In other societies, people would be taught that the hand holding the gun holds power and needs to be worthy of that power and the responsibility that comes with it.

Self-responsibility in most South American societies is a loose concept, which, not surprisingly, leads to many problems in this part of the world. Police officers should be grateful to have decent citizens around them who legally carry a firearm. A decent citizen, who knows how to use a gun properly, could offer support in certain situations.

However, South America’s preference is to minimize a civilian defending himself or herself. Why? Money and control.

Gun laws of the six largest economies of South America

An article published by AS/COA in 2019 details gun-related legislation in Argentina, Brazil, Chile, Colombia, Mexico, and Venezuela. At the time of that publication, gun possession was legal for civilians. Recently, however, restrictions have become more strict. The only exception is Bolsonaro, the President of Brazil, who loosened the rules in 2019.

For the remaining 5, countries the permit standards for firearm possession require the following:

Argentina requests a justifiable reason for the need to carry a gun. A viable request, considering Argentina suffered the most volatile political situations on the continent for decades of the last 30 years and a severe economic crisis.

Or so we are told.

Educating oneself on the judicial system will reveal that violence levels are due partially to corrupt judges releasing violent criminals for a fee.

In many places in South America, a gangster caught with a gun won’t go to jail. Officers will confiscate the guns to later sell on the black market and pocket the money while allowing the gangster to go free. The odds of this happening in some countries may be less likely, but it happens. And will continue to happen.

Several countries will allow possession of a gun for self-defense inside a home. There are limitations set for carrying a firearm outside the home or from one place to another. The ratio of law enforcement officers per citizen is extremely low. Having a considerable amount of well-armed, well-educated, law-abiding citizens is not something (corrupt) officers want. After all, those citizens may become tired of the corruption and take matters into their own hands.

Justification for applying for a gun permit is necessary. Under President Bolsonaro’s relaxed licensing decree, justification can be living in an area with a high crime rate. Another change brought on by this decree: permits have now gone from five-year validity to 10. The amount of ammunition purchased at once has risen, and how many weapons an individual can own have risen.

Historically the right to bear arms was a necessity for years

In the USA, generations ago, carrying a means of defense was necessary. Wild animals, aggressive natives, bandoleers, etc. Back then, if you were to travel from one town to the next, it was best if you took something to defend yourself.

Since then, with each new decade came new rules that aimed to keep the bad guys under control. But, without getting too political, disarming the general population seemed to be many governments’ agendas.

South Americans believe that fewer guns in the hands of people are going to make their streets safer. Michele Bachelet did it in Chile, encouraging citizens to turn in their unregistered guns, which were then destroyed.

Colombia is a complex situation. With Pablo Escobar having put the country on the map for good, gun laws are quite restrictive. The government is the only one with the right to control the distribution, manufacturing, and licensing of firearms. The official position for Columbia’s gun law is to study every case before a permit is provided.

The internal conflict of Columbia has lasted for decades. Owning firearms is complicated for everyone there.

Regarding Venezuela, forget everything you have read about owning guns or buying ammo. A slow change began to occur in 2015. Ammo slowly stopped flowing the shops. Intentionally designed that way to pass unnoticed.

There is not one single gun shop left. Civilians can not legally buy firearms, nor can they purchase ammo.

However, the paramilitary gangs (called “colectivos”) sponsored by those sitting in the big chairs roam freely, armed to the teeth.