SELCO: The Importance of Friends and Family When the SHTF 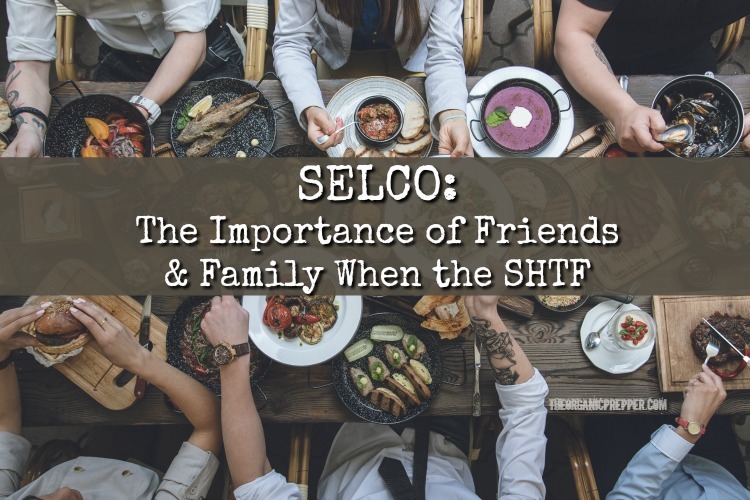 In one of the previous articles, I mentioned how to deal with people who might show up on your doorstep once when SHTF, looking for help from you. And I mentioned that a lot of people worry about the fact that their friends and family will be among those people.

The topic that cannot be separated from that is trust, and it is something to think about (and write) here.

Friends and family in the world today

I was talking a few days ago with a friend about the issue of friends and family when SHTF. I realized that some 15 years ago if something serious happened, some event that needed a strong group of bonded people in order to overcome that event (riots, serious weather event, disruption of law and order, war…) I could count probably on 15 people I really trusted, organizing together with me in a very short period of time.

Today if something serious happened, I can count maybe on 5 or 6 people.

I am talking about the number of people that I can trust with my life in a strong core group.

That count includes all of my friends and family. Only 5 or 6 would be trusted enough.

And you need to know that I live in a region of the world where family connections are traditionally very important.

So yes, things are very bad, even here.

We are living in a world where, intentionally or not, we are being pushed or dragged into a reality where materialistic goods are the only thing that is important.

Or to use philosophic words, it has become more important “to have, not to be.”

It is visible in any aspect of life across the world, so without being too grumpy, I have to say that respect is gone.  Who knows how all this going to look in 10 years? Family as the most important unit of humanity is being twisted into something weird, and at the end, it has lost its basic purpose.

All this goes to the topic of friends and friendship. For many of us, it is almost like,“Who needs enemies when you have friends like this?”

This is why the “lone wolf” has emerged.

Over the years of my survival /prepping work I have always mentioned and capitalized the importance and necessity of having a group or network of friends and family with you when the SHTF. Together with that topic I always emphasized how hard is to survive a real SHTF if you are alone, without that network, or if you are actually that “lone wolf”.

That problem got summarised in the comments on one of my articles. (Thanks for the comment, Gab.)

“I’m sourrouned by liars, cheaters, and backstabbers, but most of all they want to live off of the substance of other like a parasite. So this why the lone wolf is my only option.”

Indeed, we are all surrounded by them. The way of life that we are living today kinda pushes a lot of people to be liars, cheaters, and backstabbers. It is, to them, the easier way, and a lot of people choose it because of that.

It almost looks like a conspiracy to completely corrupt every bond in order to make it easier to manipulate folks.

It has kinda already hit the fan.

After all these years, I do still believe you have to find a network of people in order to overcome serious SHTF, but I also believe that it has gotten harder and harder.

So what are the solutions?

It is easy to say “connect with like-minded people” or “have trusted people when the SHTF”, but it gets harder and harder to achieve that.

Let’s keep it simple and use three words here: time, trust and skills.

Usually, it will be a combination of these three words.

The best case would be if you have enough time to get know people with whom you want to connect so you can trust them, and if those people have skills that can be used in hard times.

You need time to find good people, simply because there is a shortage of good people, as we already mentioned.

You will not find it by hunkering down in your home waiting for the end of the world, so basically, good advice here is to try to socialize, to meet other folks.

It is common sense.

The preppers movement has in its core a distrust of people around us, and while it is common sense not to trust to everybody around you it somehow very often turns into a parody of common sense. Nobody said you need to trust everybody, but it is a good thing to socialize and to meet other people. Otherwise, what is the point?

A lot of preppers tend to be waiting for the end of the world so hard that they simply forgot to live and have fun.

Go out, hang out with people, and enjoy life some. One day, when the SHTF, you will appreciate every memory of those moments.

The process of finding trusted people takes time because you obviously cannot go out and say “I am a prepper, and I look for other preppers”.

You need people with skills. It is simply like that.

Often preppers think about a few most important fields of survival only when it comes to the skills, fields like violence (weapons, shooting) or food (farming, hunting.) Survival is much more than that, and it is often connected to your personal setting too.

One of my friends during the war had a lot of experience in building. He was actually a structural engineer.

My setting at that time included a lot of moving, sleeping, and living in partially destroyed buildings.

For the average person, a partially destroyed building looked like uninhabitable.  For example, an apartment building looked like this: the second floor was burned down, 3 walls on the 4th floor were missing, and the top 3 floors were completely gone. The walls in the apartments were full of holes, etc.

In that setting, it was a big help to have a man who could tell you that a particular wall or ceiling could collapse on you on the next distant detonation and that it was not a smart idea to sleep there. He could warn you that it was not a good idea to climb those particular stairs because some pillar under them was destroyed.

I am not saying that you are gonna be in same settings that I was. I am saying when it comes to skills you need to think out of the box. Starting to look for like-minded people from the opposite spectrum of survival is common sense.

Let’s say you believe that the world is going to face a cataclysmic event because of the eruption of a supervolcano and that the climate is going to change after that, then food shortages will come, and everything else that happens after that.

Are you going to approach people and say, ”I believe Yellowstone is gonna erupt! Let’s prepare together”?

Probably not a good idea.

Start from the opposite end. From the point of skills. So you could look for people who share your love of the same skills, like farming, gardening, shooting, hiking, nature, solar energy or anything similar.

They do not need to believe in SHTF or already be preppers. They need to share the same love for activities and needed skills.

After you socialize with people, you are starting to make a bond with them. Out of ten people like that, you might find one that is worth the trust.

He still does not have to believe in SHTF, because one day if a supervolcano erupts, he will believe then, because it will be a fact.

People usually do not want to believe in a bad future, so do not start from that end.

Don’t be afraid to network.

We must be aware of OPSEC and we have to hide our settings and prepare in order to be safe. But it does not have to go into paranoia. We have to use modern communication – like the internet to connect like-minded people through the careful process of getting to know people.

Let’s use this what we have today – there is a huge help from the internet in connecting with like-minded people. Blogs, forums, and even Facebook groups (like Prep Club) can help you to connect with people who think the same way.

It is a process that usually takes some time, to find good people and gain trust and connect with them, but it is possible and this media giving us great opportunities for that. 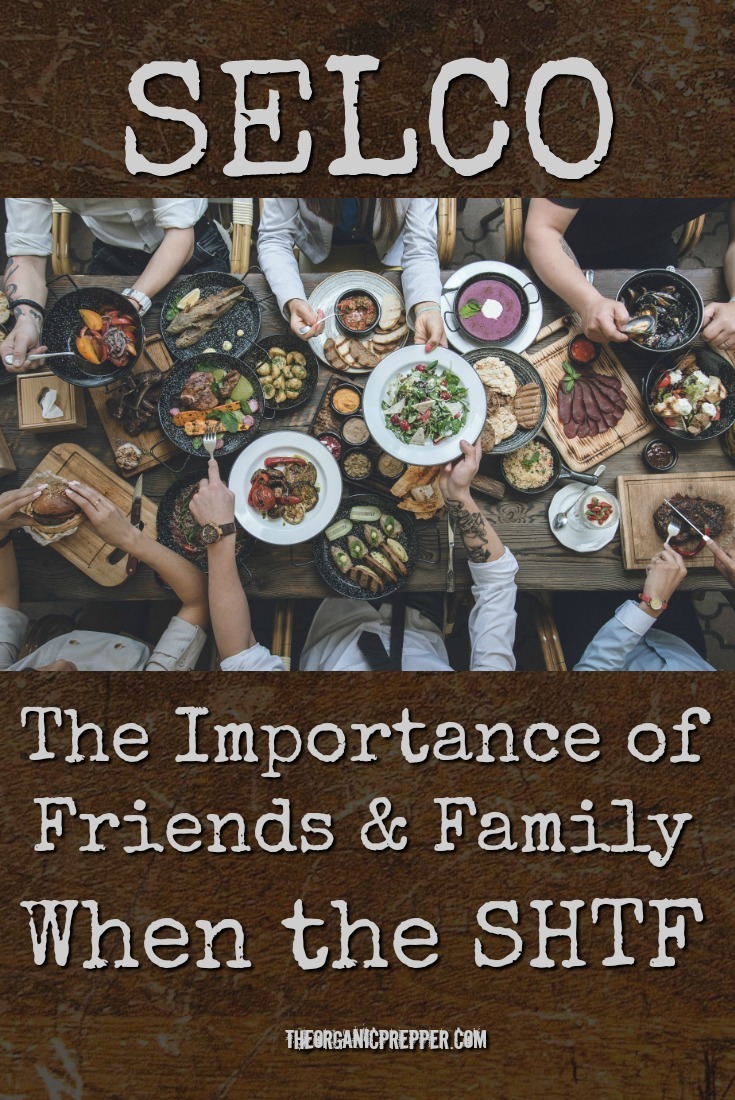