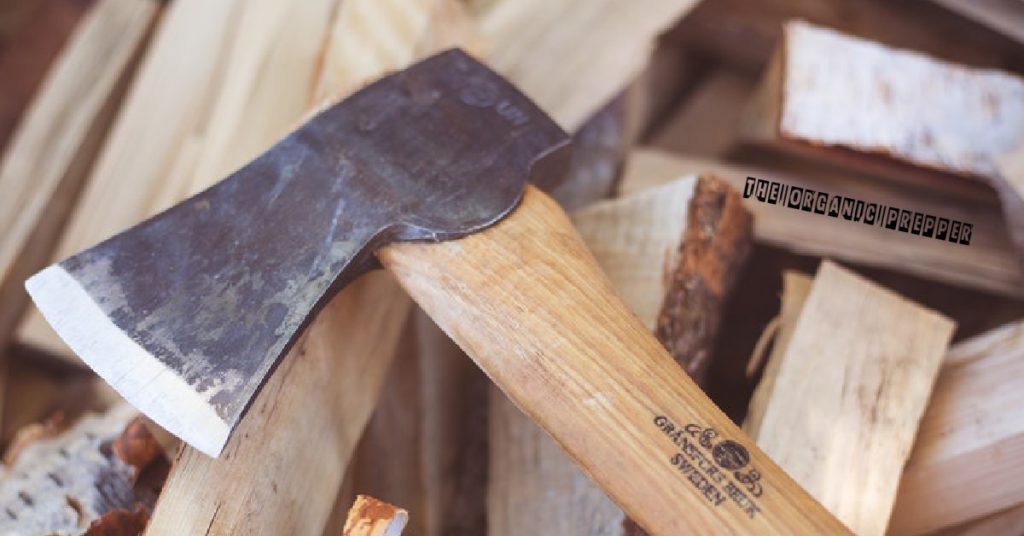 Writing an article about “what makeshift weapons can you use when you do not have weapons” sounds completely out of the prepper realm. Because when the SHTF and you find yourself in your home without any real weapons, that usually means you are not a prepper or survivalist in the first place. But there are situations when people don’t have or cannot have guns.

Given my experience writing about this topic might help you in a way that you understand what people did in those cases. It may help you to know how human psychology works when something bad happens and you are not prepared.

I am not talking here about a situation when suddenly the SHTF and you do not have a weapon but you have a really cool bow and arrows for example because obviously, you have a weapon then. There are other reliable weapons that are not guns.

It is more an article about the transition from not having a weapon at all, in a situation where you needed it to defend yourself in your home or to attack someone, to the time when you acquire some weapon and learn how to use it.

The principles to remember for makeshift weapons.

Most of the stuff around you in your home can be used as a weapon, of course, a knife works better than a pillow for example, but the point here is to think a bit outside the box, to be creative, and also to understand few principles:

Now all this sounds maybe not important, but it is easiest to show it by real-life experience examples.

Here’s an example of a successful makeshift weapon.

I witnessed it when three guys came to a neighbor’s door in order to rob him.

The neighbor showed up at the door with a chainsaw, and he started it.  He yelled at the guys and demonstrated that the chainsaw worked by sawing down a small tree in the yard.

Then he started to move toward the guys.

Of course, those guys disappeared in a split second, even though two of them had a knife in their hands.

Maybe it is, in case of a zombie apocalypse, and if zombies are slow ones.

In the case of my neighbor, that chainsaw really covered “how that weapon looked to his opponent’s eyes” principle, because it looked really scary, loud, and it did a very good job.

But to be honest, it is not really a perfect SHTF weapon. It is big, loud, and not concealable… it might be good for acquiring firewood (covers multipurpose) but even for that, in an urban environment, it is still big and loud.

The most obvious weapon in your home.

Now let’s go back to the most obvious weapon (when you do not have a weapon in your home). It is a kitchen knife since every home probably has it.

And it was one of my first weapons when SHTF- I took a simple kitchen knife and make sheaths for it (from book covers), it did not look nice, but it worked until I got better stuff.

Again, a knife is the most obvious choice, but what does a knife cover from the above principles?

I would say it covers most of that. I have been attacked by guys holding knives, and it is one of the most intense feelings when someone wants to put that thing in your belly. There is simply something more personal in that cold weapon – and I mean more personal in a bad way.

How effective is it?

It depends on many things, I’ll use an example later to explain it.

It is definitely multipurpose, and it is easy to conceal.

Now to go back to the example of my neighbor with a chainsaw and the three guys.

How the situation would look if those guys had attached knives on some sticks?

Or in other words how that all would have looked if they had spears?

I am sure chainsaw guy would end up dead. You can throw a spear or simply use it with more distance between you and attacker.

Because with simple adding stick (or pipe) you are getting different weapon, but you still have knife (multipurpose and easy to conceal weapon/tool) and maybe walking stick cane, which also may or may not look threatening, which is good, because never forget that SHTF is a fluid situation, and sometimes it helps to pose a threat, but sometimes it does not.

Think about these principles when deciding what to use as a weapon.

The spear/knife here is just one (real-life) example. The more important thing here is to adopt a philosophy what that weapon CAN do, how it LOOKS in different situations to people around you (is it threatening to people all the time or when you want it to be?) and of course how QUICK and EASY is to make it.

I am not gonna write here an article about what stuff you can use from your home as a weapon because it would be a list like hammers, pipes, garden tools, glasses, axes, baseball bats, chair parts, etc.

Anything that can hit, stab, poison, or burn can be a weapon, but there must be some common sense behind it.

For example, if you are living for a prolonged time in an SHTF situation, you will learn that combining tools with weapons is a very cool thing because you are minimizing stuff to carry. If you have an ax, you simply have one item that is good for collecting wood, scavenging (taking things apart) or smashing someone head.

After some time during my SHTF, I realized the best item for all that is a combination of axe, crowbar, and pickax. (Here’s a round-up of the best axes and hatchets for SHTF.)

Understand the context of the situation.

Often you have to put your weapon (when there is no weapon) in the context of SHTF.

For example, how serious is the situation outside? How serious is a particular situation in the moment when you need a weapon? What kind of opponents you have? Ask yourself these and similar questions.

I knew a guy who went through a good part of the SHTF owning a not-usable machine gun taken from WW2 museum. He posed a big threat in situations with that thing in his hands, because nobody knew that thing was not working.

In another situation, I witnessed a junkie pulling out a syringe full of blood, threatening that he was HIV-infected and it was his blood, and he would spray it on people.

However this all sounds ridiculous, it did work in some situation if you use it in the right context and moment.

It is important to understand the context of the situation. 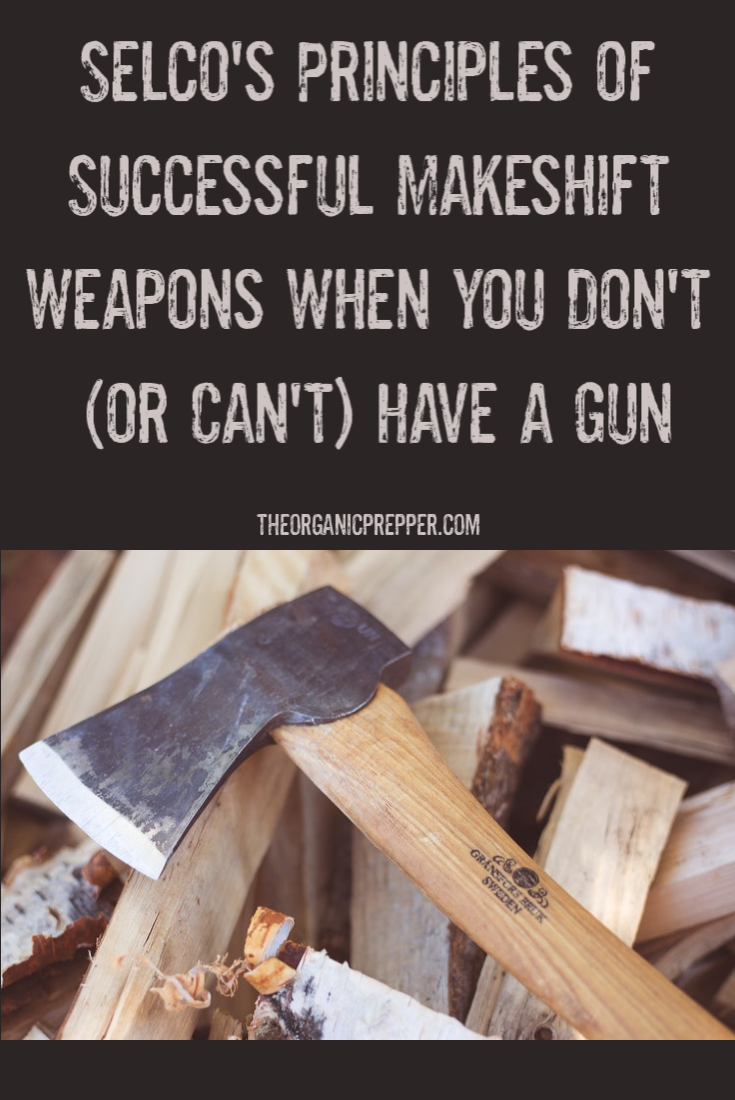