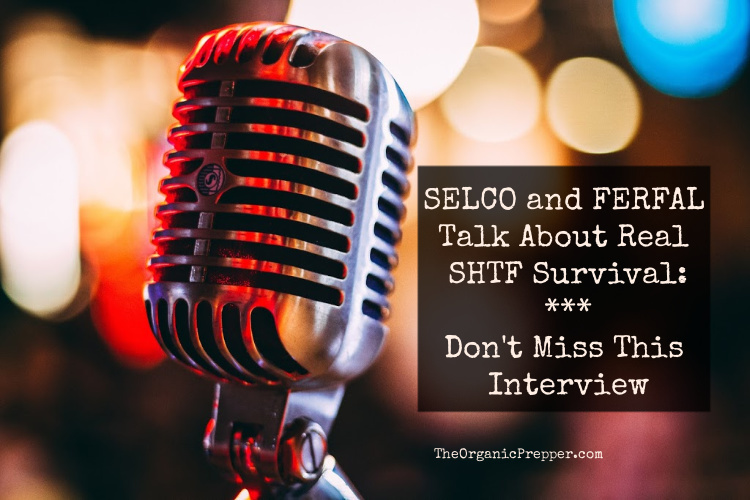 What do you get when you put two of the most prominent minds in survival today online together? You get an hour and a half of GOLD.

You all know Selco. He contributes regularly to this website and is the best-selling author of two book that you can find here and here. And if you’ve been around the preparedness niche very long, you’ll also know Fernando Aguirre, also known as FerFAL. A little background on FerFAL – he survived the brutal socio-economic collapse of Argentina back in the early 2000s. He eventually left Argentina with his family in 2011. His books can be found here, here, and here and this is his very popular YouTube channel.

Both of these men have survived the worst-case scenarios for which we all prep. Now we have the chance to listen in on a conversation between the two of them in the video below.

This was great, right?

People who have actually been through the SHTF that we all plan for have very different perspectives about not only the SHTF but also everyday life.

And if you think this was awesome, it gets better. Imagine being in the same room with these two guys and extreme-cold survival expert Toby Cowern for a talk. Imagine being able to hang out with them and ask them questions.

You can do just that on April 4 when they hold a half-day workshop.

I can tell you for a fact that there’s no book you can read, no online course you can take, and no YouTube video you can watch that will teach you a fraction of what you will learn in a live environment where you can interact, ask questions, and actually meet the experts. This is how you get answers to the questions that you haven’t been able to find answered online.

The workshop is being held near Uppsala in Southern Sweden.

“With easy access to Stockholm Arlanda’ International Airport and good rail and bus connections to other areas, this workshop is suitable for both international and regional persons interested in becoming better prepared and more resilient.

While established preppers will gain the most benefit from this event, those new to Urban Preparedness are more than welcome to attend, and will not only learn intelligent preparedness strategies but also the pitfalls to avoid!”

You can go here to get your tickets. The price converts to about $306 USD which is an absolute steal to gain access to these three experts.

What did you think of the interview?

Did you enjoy the interview? Was there anything that surprised you? Share your thoughts in the comments.