We’ve Officially Run Out of Silver 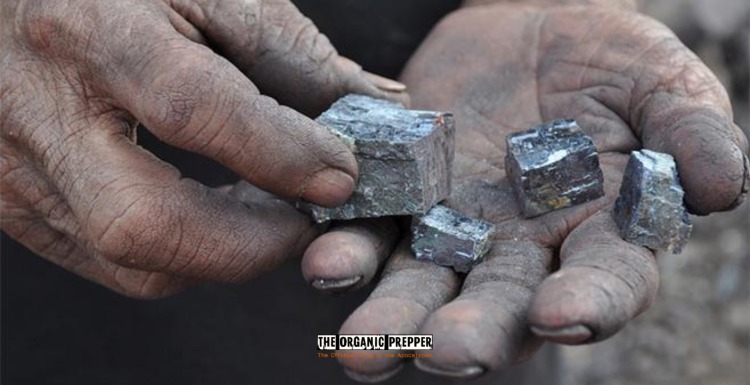 Another day, another dollar. Unless, of course, you live in the United States. If that’s where you’re at, you are now living in a country that’s run out of money. Why? Because we’ve officially run out of silver.

The US Mint has just announced that they will not be striking Morgan or Peace Silver dollars in 2022. The stated reason for this is due to a lack of silver banks (known as planchet). It seems that Americans are taking a look at the world around them and trying to do what they can to dodge what they perceive to be the incoming haymaker.

“But we’ve faced similar shortages in the past! This isn’t anything new!” you say.

Yes, we’ve faced silver shortages in the past.

This isn’t an entirely novel problem within the United States. Every few years, we do seem to face a serious silver shortage.

The late 70s and early 80s were known for the Hunt brothers amassing two-thirds of the globe’s privately-owned silver supplies. It created a couple of headlines.

Fast forward a few decades, and you’ll see that we saw discussions of silver shortages in the US in 2015.

Then, 2020 slapped everyone in the face. The economy was reduced into shambles, the wallstreetbets subreddit pushed the nation to buy up all the silver they could, and we faced a serious silver shortage throughout that year. The US Mint actually saw a 258% increase in gold coin sales throughout this year and a 28% increase in silver coin sales.

The very next year was no different, with the US Mint once more stating that there was a silver blank shortage in the United States due to the “global silver shortage.”

The minting of new silver coins was suspended as a result, and the US Mint actually sold out of gold and silver coins by February 2021.

And now, we’re seeing this once again.

According to the Deputy Director of the US Mint, Ventris C. Gibson (nominated for her position in December 2021 by Biden), this current silver supply problem is due to a shortage of silver blanks within the US.

She said, “We’ll be required to make business decisions like this until the supply chain for silver blanks recovers from the disruptions caused by COVID.”

If it’s just a shortage of blanks, why can’t we just melt down some more silver bars, chains, ingots, and other forms of bullion to make more blanks? The reason? Because we don’t have any of that silver to do so. We are out of silver. Of course, that doesn’t sound anywhere near as innocent as a shortage of silver blanks caused by COVID disruptions, right?

And what are the ultimate reasons why there are “supply chain disruptions” in the silver supply? Because everybody has been buying it up. Why has everybody been buying silver up? Because 2020 caused people to realize that society is fragile, and the US dollar, a fiat currency, is as well.

Here’s a pretty good video that will show you that the American dollar very well may be at the end of its lifespan.

Gibson went on to add, “I want to be ensure [sic] that our customers know that the modern renditions of the historic Morgan and Peace Silver Dollars will continue next year.”

But can we really believe that?

After all, we’ve been facing a serious silver shortage for the third year in a row. Why should we expect things to be any different next year? Because of a promise?

As we’ve discussed before here at The Organic Prepper, 80% of the US dollar supply was printed within the span of two years. Naturally, the price of everything has skyrocketed as a result. Food has gone up, gas has gone up, physical goods – everything.The dollar is worth less, and it results in more dollars being necessary to purchase the same number of goods.

People then see this and attempt to protect their finances by putting their money into what they believe to be as “safe” investments. Land, vehicles, precious metals. If you see the price of any of these three items skyrocket in a nation, you have a fairly good indicator that something strange is going on. It’s evidence that people are trying to protect their money. The people clearly believe that there is an incoming threat, and are doing what they can to fortify themselves against it.

And this is exactly what you see right now in the United States.

The price of land is astronomical right now. Used car lots are having a difficult time even finding product. Nobody wants to sell. And even our Mint has suspended minting more silver coins due to their not being enough silver to do so.

Americans currently see a problem and are responding.

It appears that the US dollar is in for some very serious trouble in the near future. The petro-yuan will replace the petro-dollar (something this guy predicted in 2017). Debt accompanies war, and it looks as if we are gearing up for one on a global scale. And now we’re having a heck of a time getting precious metals out there.

Are precious metals part of your prepping strategy? Is this a sign of worse economic things to come? Let us know your thoughts and comments below.