These Rich and Famous Preppers Are Coming Out of the Bunker. Do They Know Something We Don’t? 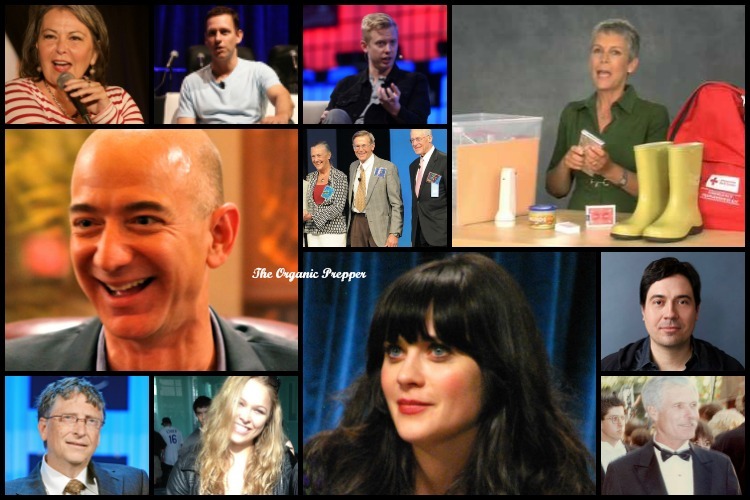 Prepping just doesn’t seem as “crazy” as it used to. It appears that prepping isn’t just for doomsday-fearing, tinfoil hat types anymore. Lots of people have woken up to the fact that the worst can happen, and they’re getting ready for it.

Even, it so happens, rich and famous folks.

Whether they’re worried about a giant asteroid hitting the earth, the breakdown of society, the “big” earthquake, or nuclear war, they have one thing in common – they intend to be ready and to protect the people they love. If these rich and famous folks are publicly doing something as “crazy” as getting prepped, I think we should all pay attention. It’s entirely possible that they know something we don’t.

Who are these famous preppers?

Recently, quite a few people have come out of the bunker.

Ronda Rousey, former UFC champion and current professional wrestler, has confessed that she and her husband, Travis Browne, are into prepping and self-reliance. They live on a rural property. “largely independent of modern conveniences.” Here’s what she has to say about it:

…I could buy a whole bunch of things, but what’s luxury to me and freedom to me is being independent and finding a way to live off the land and do no harm, as opposed to buying as many mansions as I can and being on Cribs…

…I think that self-reliance and independence is real freedom. We forgo our freedom for convenience a lot of the time. It is more important for people to know how to feed themselves than to know how to do trigonometry,” she added. “A lot of these skills that were commonplace, every generation we know less and less an less about them because it makes people money for us not to know. Every single person in here their survival plan is a grocery store. If all the grocery stores closed, what would you do? That’s a scary thought.” (source)

And Rousey isn’t alone in her plans to survive. Jamie Lee Curtis, a Red Cross volunteer, has made a video of what she keeps in her survival kit to encourage others to get prepped. Zooey Deschanel of New Girl went on the Conan O’Brien show and talked about being prepared.

Lots of things in Roseanne Barr’s Twitter feed indicate she’s prepared too. Here are some examples cited by the Washington Times:

Billionaires who have bunkers and retreats

Alex Hollings of Sofrep reports that some people you’d never expect to have a bunker were prepped and ready for whatever might come.

And other extremely wealthy folks have plans in place, too.  Quite a few Silicon Valley billionaires have purchased property in rural New Zealand to which they plan to escape if it all goes belly-up. According to Mark O’Connell of the Guardian, two, in particular, are making waves.

Other billionaires are buying up huge swaths of property here in the US. According to Forbes, these guys are creating massive, remote “vacation home” retreats with private jets standing by to get them there.

Does this mean the “end” is near?

I don’t know about you, but I always figure that the billionaire set is “important” enough to be provided with information to which the rest of us do not have access. While I’m not saying that the sky is falling, an asteroid is headed our way, or the complete breakdown of society is upon us, I am saying that when a flurry of preparations of folks who are probably in the know becomes public knowledge, we should all be paying close attention and working on our own survival plans.

Do you know of any other celebrity or ultra-wealthy preppers? Share in the comments, along with links. 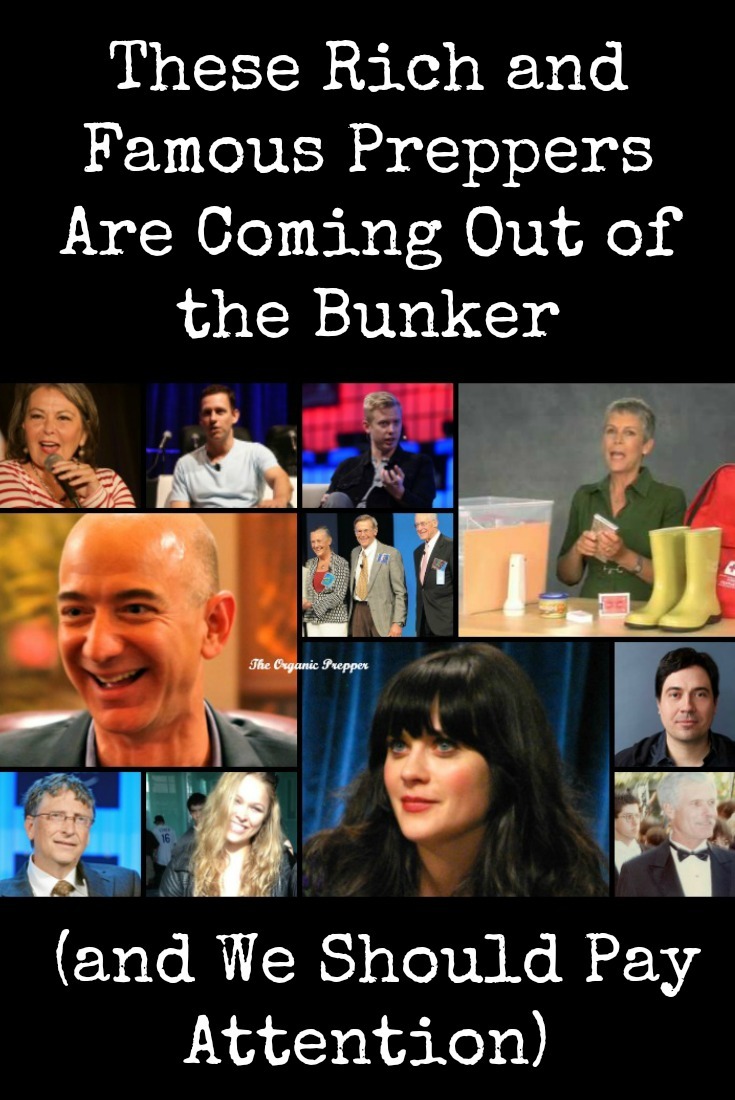