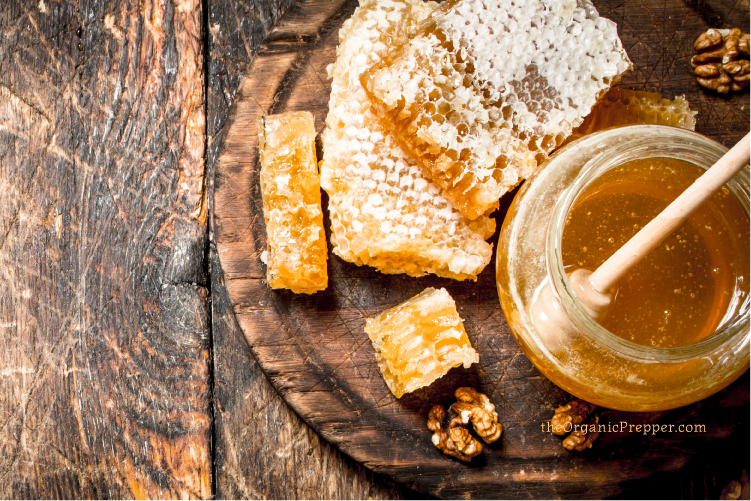 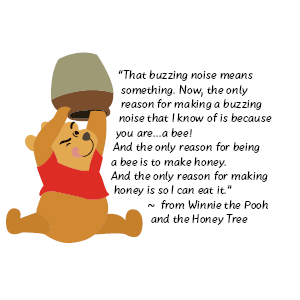 When selecting foods for your stockpile, the most budget-friendly, space-conscious way to do it is by selecting items that multitask. This criterion places honey high on your “to-buy list”.

Tess Pennington of Ready Nutrition lists honey as one of the top SHTF sweeteners to store.

Honey is indeed nature’s sweetener, but don’t write it off as just a condiment. The sweet sticky substance is far more than something to stir into your tea or spread on your toast. Since ancient times, the healing properties of honey have been documented. Some of this knowledge seems to have been forgotten (and purposely marginalized), and drug companies have replaced honey with chemical ointments, antibiotics, and antivirals. (This is always about money – they can’t patent honey, can they?)

Just Because the Label Says “Honey”…

Now, you can’t go and get the ubiquitous squeezy bear full of honey at the grocery store and expect it to cure all your ills. Some of the squeezy bears don’t even contain real honey at all. Our good friends at the FDA have defined honey as “anything containing pollen. Even with that broad definition, some Chinese companies have “ultra-filtered” the honey that goes into those little bears to the point that there isn’t any pollen left.

Do you want to know why they ultra-filter the honey?

Ultra filtering removes the pollen so that the source of the honey cannot be determined. Providers of cheap honey do this so that consumers cannot discover the origin. Often the cheap honey is tainted with pesticides, illegal antibiotics, and heavy metals. Some of the cheap honey is watered down with High Fructose Corn Syrup. Much of the questionable honey originates in China.

According to independent testing ordered by Food Safety News and performed by Vaughan Bryant, a professor at Texas A&M University and one of the nation’s premier melissopalynologists, or investigators of pollen in honey. 76% of the golden stuff sold in grocery stores as honey doesn’t contain even one little drop of pollen.

Despite its definition, the FDA does not care about the false labeling of these products. The FDA has ignored requests from Congress, beekeepers and the honey industry to develop a U.S. standard for honey. The FDA has tested less than 5% of honey on store shelves for purity.

How can you be sure you are buying real honey?

As with most products, the closer you can get to the actual source, the better off you’ll be. Short of scooping the sticky stuff directly from the hives, purchase as locally as possible, directly from beekeepers, or at your favorite farmer’s market. There are more than 300 varieties of honey sold in the U.S. The difference in these varieties is the source of the nectar. Buckwheat honey is reputed to have the most healing properties of any type of honey. As a general rule of thumb, the darker the honey is, the more benefits it has.

The FDA is more concerned that honey is pasteurized (i.e., heat-processed) and not so worried about it being real honey. The problem with pasteurization is that it kills off many of the beneficial components in the honey, most particularly propolis.

The processing of honey often removes many of the phytonutrients found in raw honey as it exists in the hive. Raw honey, for example, contains small amounts of the same resins found in propolis. Propolis sometimes called “bee glue,” a complex mixture of resins and other substances honeybees use to seal the hive and make it safe from bacteria and other micro-organisms. Honeybees make propolis by combining plant resins with their secretions. Other phytonutrients found both in honey and propolis have been shown to possess cancer-preventing and anti-tumor properties. These substances include caffeic acid methyl caffeate, phenylethyl caffeate, and phenylethyl dimethylcaffeate. Researchers have discovered these substances prevent colon cancer in animals by shutting down the activity of two enzymes, phosphatidylinositol-specific phospholipase C and lipoxygenase. When raw honey is extensively processed and heated, the benefits of these phytonutrients are primarily eliminated. (Source: http://beehumbleapiaries.com/honey-facts/ )

Despite the significant benefits of raw honey, there are some caveats.

With the knowledge of the above warnings, I still purchase only raw honey for my household. The pros outweigh the cons for me.

What are the benefits of raw honey?

Raw honey is antiviral, antibacterial, and anti-fungal, making it one of the most healing substances on earth. It is also highly nutritious. Honey is a natural multivitamin. It contains significant amounts of B1, B2, B3, B5, B6, C, magnesium, potassium, calcium, sodium chlorine, sulfur, and phosphate.

Internal and external uses of honey:

I keep a honey-lemon-ginger remedy in my refrigerator all winter long. This homemade cough syrup tastes so good that I don’t have to ask my kids twice to take it. You can also stir a few tablespoons of the syrup into hot water for a homemade “Neo-Citran”-style hot drink without all the nasty chemicals.

Related: Avoid the Pharmacy: Fight the Flu with Remedies from the Kitchen

The great news about buying honey for your stockpile is that it stores forever. Honey was discovered in the pyramids of Egypt – over 5000 years old – and still edible. Given that, I strongly suspect it will remain viable in your stockpile for as long as you care to store it. The only thing that will happen is that, in time, it will crystallize. You can resolve this issue by placing the jar of honey in a bowl of hot water until it returns to liquid form. However, you can also use it in its crystallized form – you can stir it into tea, spread it on hot toast, or take a spoonful of it as one of the remedies mentioned above.

Frequently heating and cooling honey can lessen its nutritional potency, so I recommend putting honey in a small jar for regular use and using the big jars just to restock your little one. Store your honey in an airtight container in a cool, dark place.

Are you wondering how to use all that honey?

Related: Show Me the Honey: How to Cook with that Gooey Goodness.

If you have any tips, suggestions or uses for honey,  let us know! 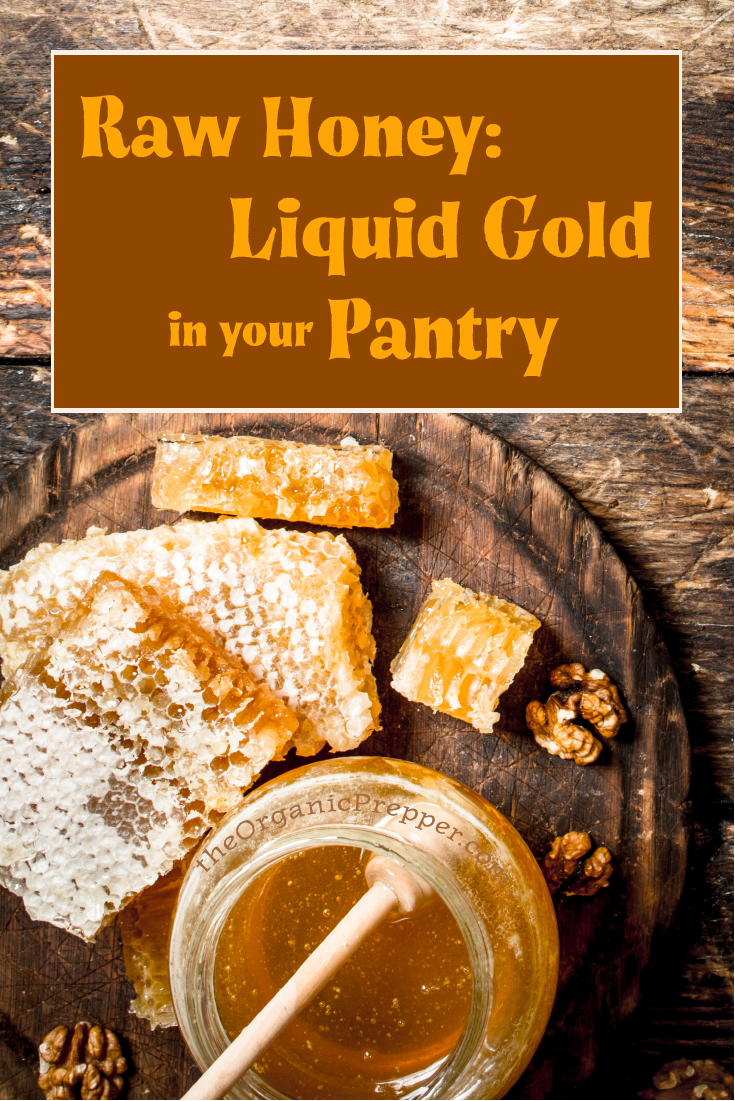