Think the Government Will Save You? Puerto Ricans Find Warehouse FULL of Emergency Supplies Stashed Since Hurricane Maria 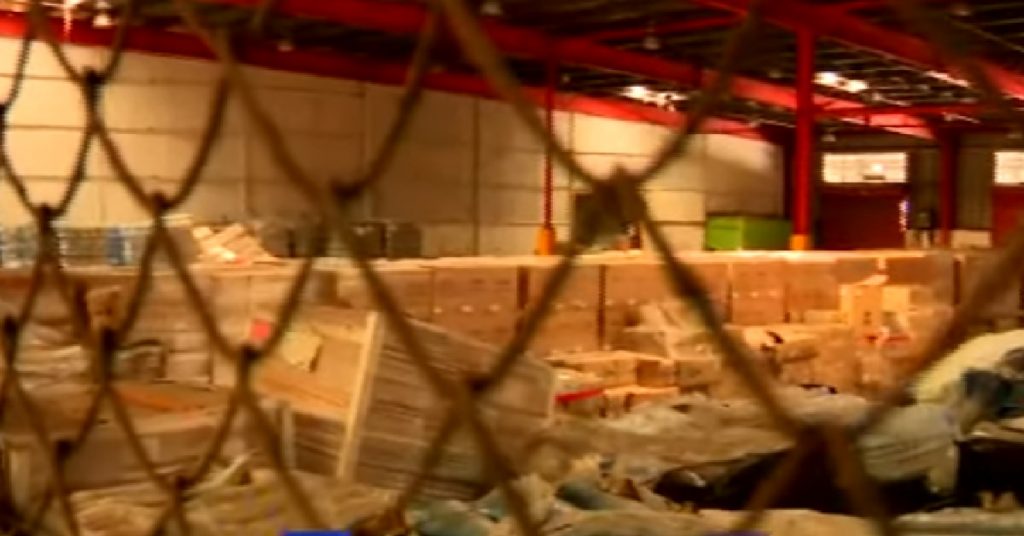 If you think that the government will be providing aid to save you after a disaster strikes, you might want to note what’s going on in Puerto Rico right now.

A warehouse full of emergency supplies was never distributed after Hurricane Maria.

Back in 2017, when the island territory was devastated by Hurricane Maria, loads of emergency supplies were sent to help residents who lost power, many for as long as a year after. But…those supplies were never distributed. Instead, water, food, and cots were stashed away in a warehouse ever since. Watch the video below, which has rightly gone viral.

Residents in Ponce, a city in the southern part of Puerto Rico, discovered the stash of supplies and blogger Lorenzo Delgado posted the video footage above. People broke into the building after Puerto Rico was hit by a powerful earthquake last week.

With anger spreading in the U.S. territory after video of the event in Ponce appeared on Facebook, Gov. Wanda Vázquez quickly fired the director of the island’s emergency management agency.

The governor said she had ordered an investigation after learning the emergency supplies had been piled in the warehouse since Hurricane Maria battered Puerto Rico in September 2017.

“There are thousands of people who have made sacrifices to help those in the south, and it is unforgivable that resources were kept in the warehouse,” the governor said…

…The mayor of Ponce, María Meléndez, said he had not known about the warehouse and its contents.

“This is outrageous,” she said. “Everyone knows what us mayors went through after Hurricane Maria to try and get help to our cities and how we’ve worked these weeks to provide basic supplies to people affected by earthquakes. Those involved owe us an explanation.” (source)

The White House was criticized for a lackluster response.

You may recall that during the aftermath of Hurricane Maria, President Trump was harshly criticized for not sending sufficient aid to the hard-hit island. But it appears that much of the aid that was dispensed was never given to the people who needed it the most. It’s interesting to note that President Trump is currently under fire for restrictions placed on billions of dollars of aid that were just approved to help Puerto Ricans recover from a recent earthquake, citing corruption in the Puerto Rican government.

Even as pressure has mounted for him to release emergency assistance, the president has maintained his assertions that the money will not be well spent. On Wednesday, the White House budget office made clear how those assertions had shaped relief.

To gain access to $8.2 billion in recovery money and $8.3 billion in disaster prevention funds, Puerto Rico will have to submit budget plans to its federally mandated fiscal control board, which will track where the money goes. It will also have to bolster its property registration database…

…the fiscal control board is viewed in Puerto Rico as unaccountable to the people. And Puerto Rican officials are not inclined to tell workers they will be paid less than the minimum wage. With regard to the property and deed registrations, Puerto Ricans have long used informal ownership records.

Given the fact that all this aid was hidden in a warehouse while people struggled for two years, it’s difficult to dispute that the new funds could likewise be misused.

Imagine a major SHTF event in the continental US. It’s not a stretch to think that government aid, if dispensed, could easily make its way into the hands of someone less than enthusiastic about helping others. Jose has repeatedly pointed out how aid was unfairly dispensed in Venezuela and Selco has also shared many similar stories.

When it hits the fan, you really are on your own. You should never expect to receive assistance in a timely fashion, nor should you expect that the aid received will be sufficient.

You should have plans to feed your family, keep them safe, and provide clean water for them to drink for an indefinite period of time. The government is working with limited resources doled out among a lot of people, and to be perfectly frank, many of the people handing out the aid don’t actually care about you and your family.

It’s difficult to imagine that the vast amount of supplies in this warehouse were merely forgotten and not deliberately mishandled.